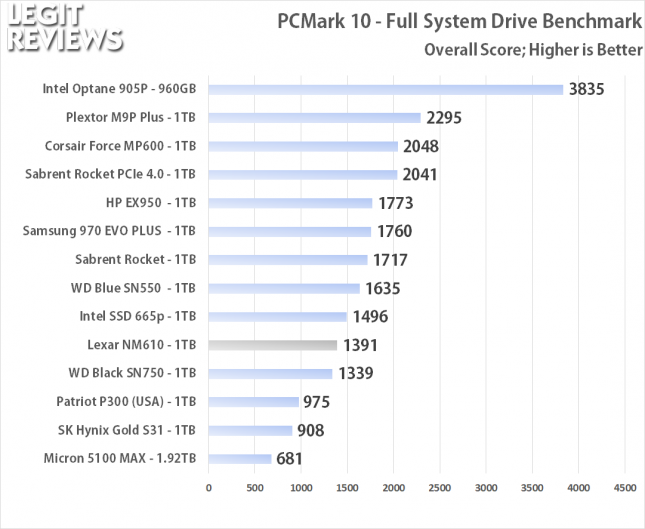 On the full system drive benchmark the results show the Lexar NM610 drive came in with an overall score of 1,391 points and that puts it behind the Intel SSD 665P and just above the WD Black SN750 in this workload. 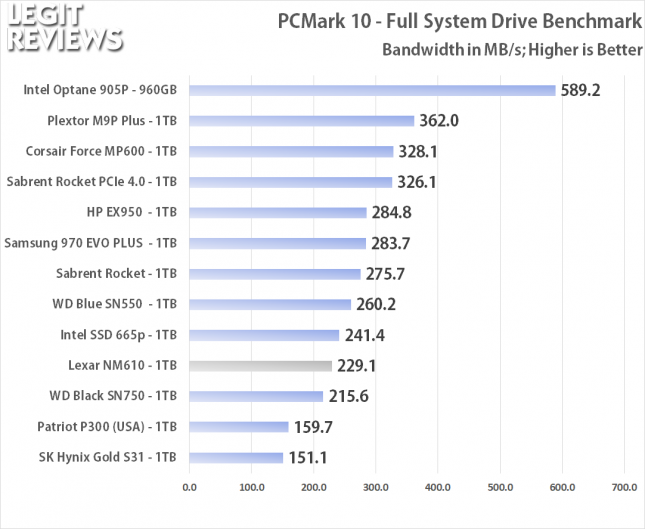 The PCMark 10 Storage Benchmarks overall score is calculated from the bandwidth and average access time sub-scores. The bandwidth subtest is defined by UL in PCMark 10 as bandwidth = bytes / busy_time_for_read_and_write. Here the Lexar NM610 has a score of 229.1 MB/s for the bandwidth score. 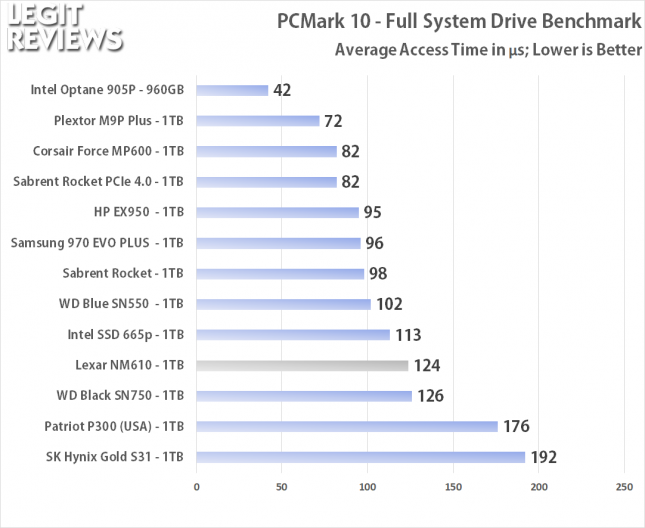 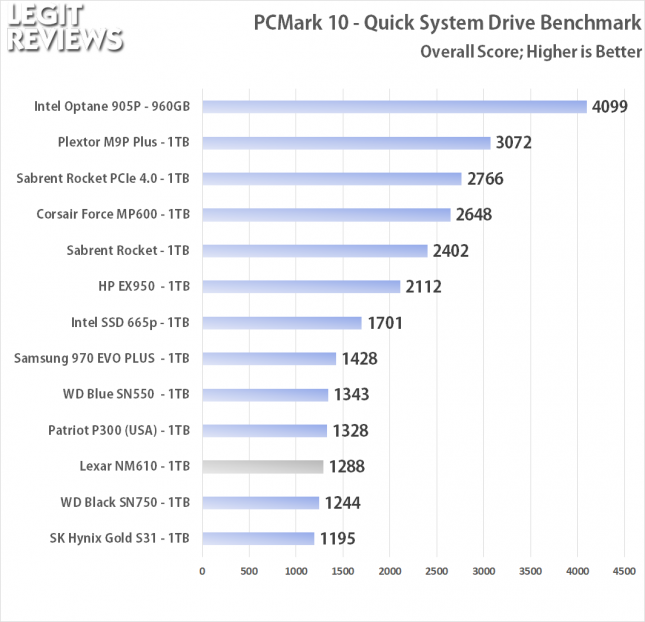 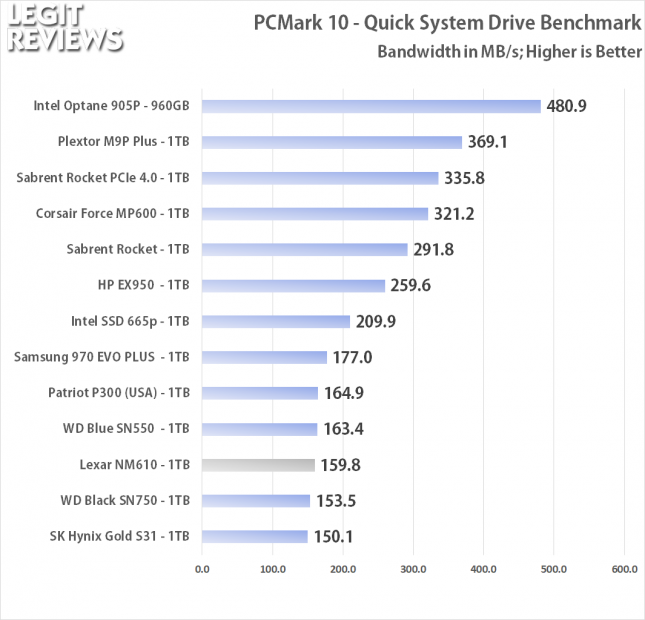 With regards to bandwidth, the Lexar NM610 is looking like it has 158.8 MB/s on the traces used in the PCMark 10 quick storage drive benchmark bandwidth test. 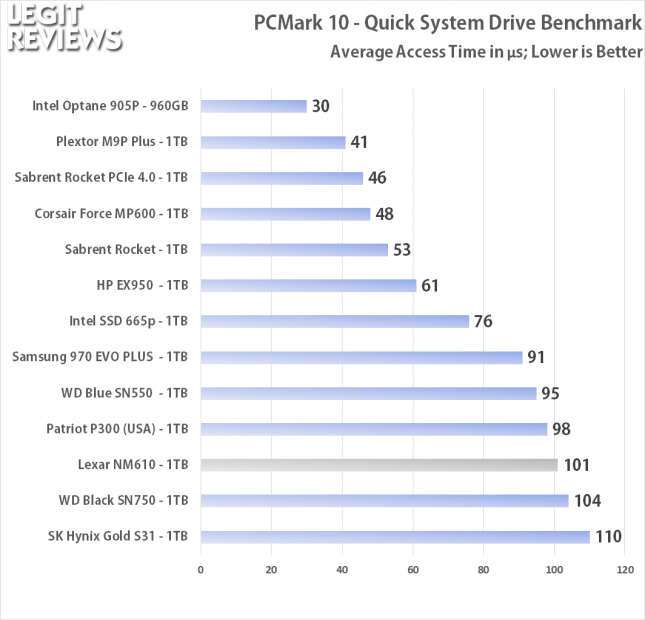 The average access time on the Lexar NM610 1TB NVMe SSD was 101 microseconds.