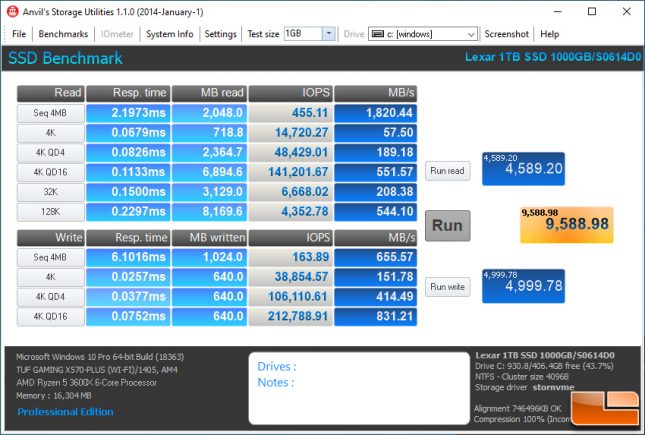 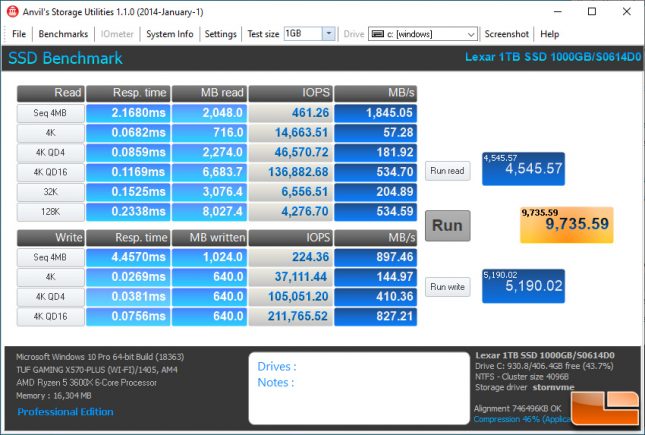 Benchmark Results: The benchmark results from the most recent build of Anvil SSD Benchmark showed that with 100% compression (incompressible data) that the Lexar NM610 1TB SSD had an overall score of 9,588.98 points. The drive topped out at 1,820.44 MB/s read and 655.57 MB/s write on the sequential performance test with 4MB file sizes. Random 4K QD16 performance hit 141,000 IOPS on read and 213,000 IOPS write. 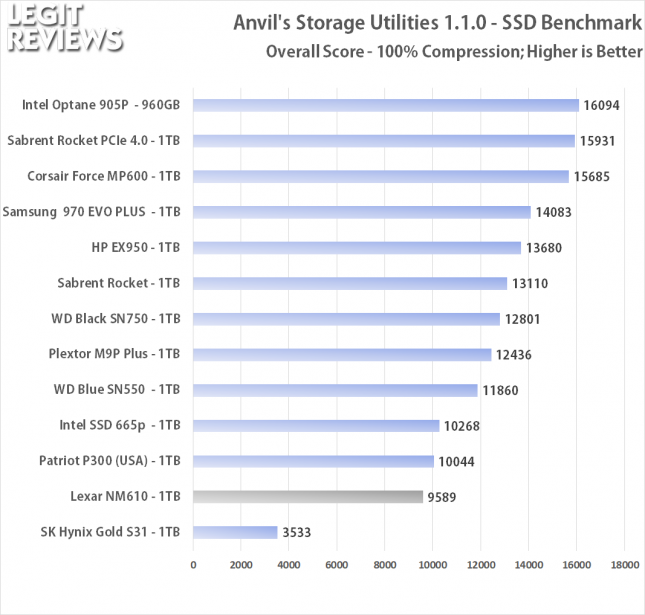 The overall score on the Lexar NM610 1TB drive came in just shy of 9,600 points with the standard SSD test with 100% compression. That puts it down with the slowest of the twelve 1TB capacity NVMe drives that we have recently tested on this AMD X570 platform.