Lexar introduced the NM610 M.2 2280 NVMe SSD series back in August 2019 with the release of 250GB, 500GB and 1TB capacities. While this PCIe 3.0 x4 drive is over half a year old, it seems to be getting more attention right now as Lexar is actively sending out review samples to hardware review sites. 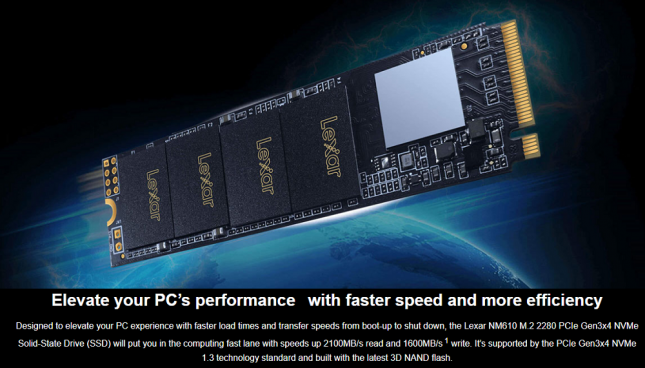 The SM2263XT controller has been used on consumer drives in the market since 2018 and has helped lower drive costs with its DRAM-less drive design. Rather than using a dedicated DRAM chip, this drive uses Host Memory Buffer (HMB) technology. It is a fact that DRAM-less SSDs have slower I/O performance than SSDs with dedicated on-board DRAM for the controller, but the HMB feature in Windows 10 allows the systems DRAM to be used to improve the I/O performance. 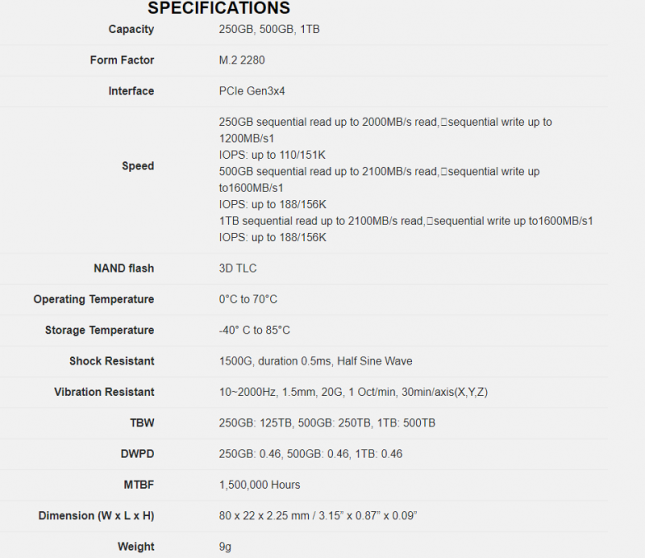 One thing that many might overlook when buying a new drive is to take a closer look at the Terabytes Written (TBW) endurance rating. TBW measures how many cumulative writes a drive can reasonably expect to complete over its lifespan before needing replacement. Lexar placed a pretty good endurance rating on the NM610 series as they went with nearly half a Drive Write Per Day (DWPD) over the course of the 3-year warranty period. 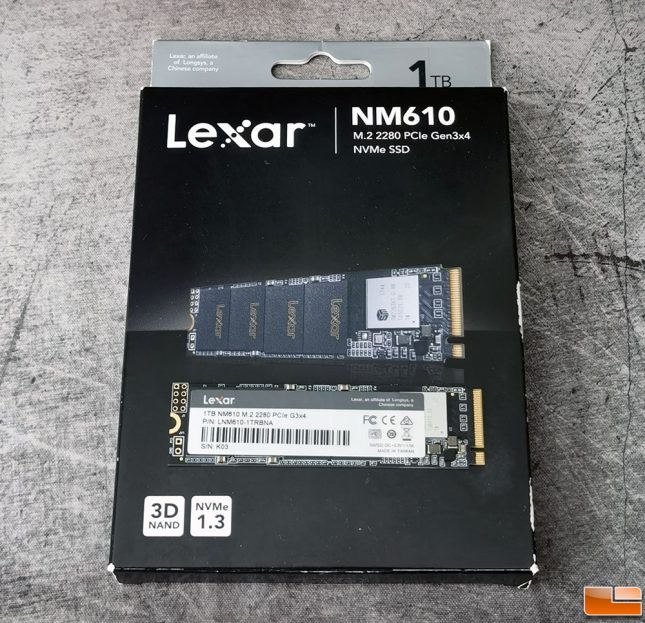 The Lexar NM610 PCIe Gen 3 x4 series drive that we’ll be reviewing today is the 1TB model that is sold under part number LNM610-1TRBNA. This drive can be purchased from Amazon for $199.99 shipped, which comes out to be around $0.20 per GB. This price point seems a bit high for an entry-level drive, but SSD prices have gone up by a good 20-50% since the start of the year. The last major price change (increase) for the NM610 drive happened back in February 2020 when it was available for $149. So, if you haven’t looked at SSDs in a few months you might be in for sticker shock as the everything has gone up significantly.

Lexar is using the common M.2 2280 ‘gum stick’ form factor for this drive and the 1TB model is a single-sided drive. The black PCB and the conservative product label will look good in most any build.

Flipping the NM610 SSD over showing nothing of importance is located on the back of the Printed Circuit Board (PCB.) 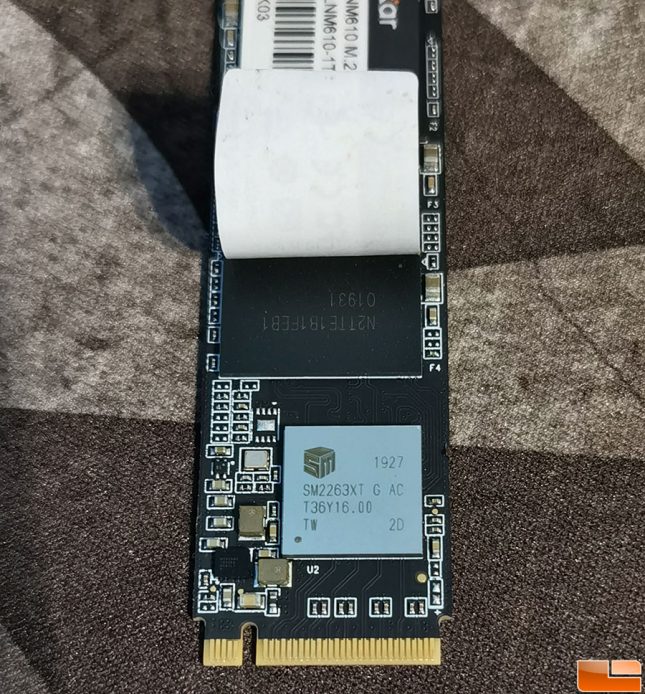 Peeling back the label we can better see the SM2263XT controller and 3D TLC NAND Flash package The 3D TLC NAND package is marked “N2TTE1B1FEB1” and there are a total of four on the PCB that make up the 1TB of storage space. From what we gather these are Intel 64L (B17A) TLC NAND Flash chips. 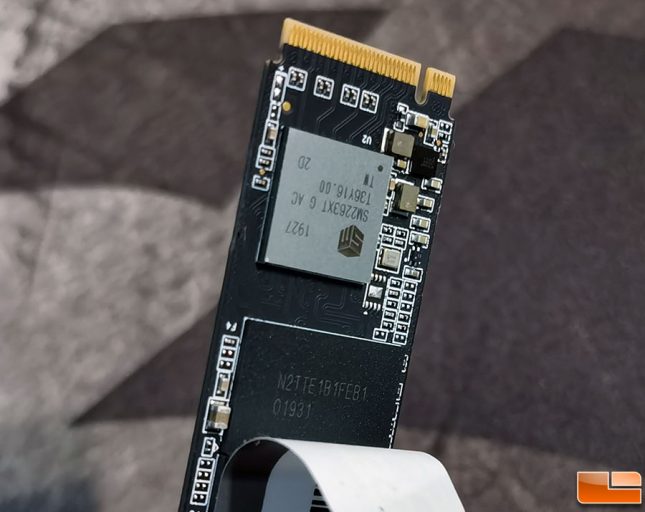 Lexar SSD Dash does work on the NM610 drive series and shows disk information, S.M.A.R.T. values and it allows you to secure erase your Lexar SSD. 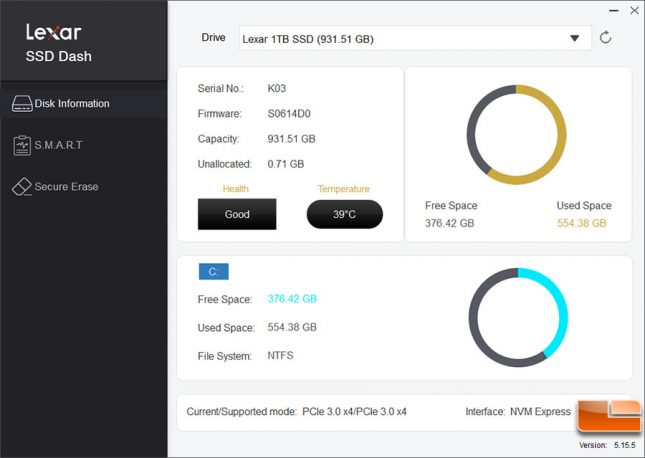