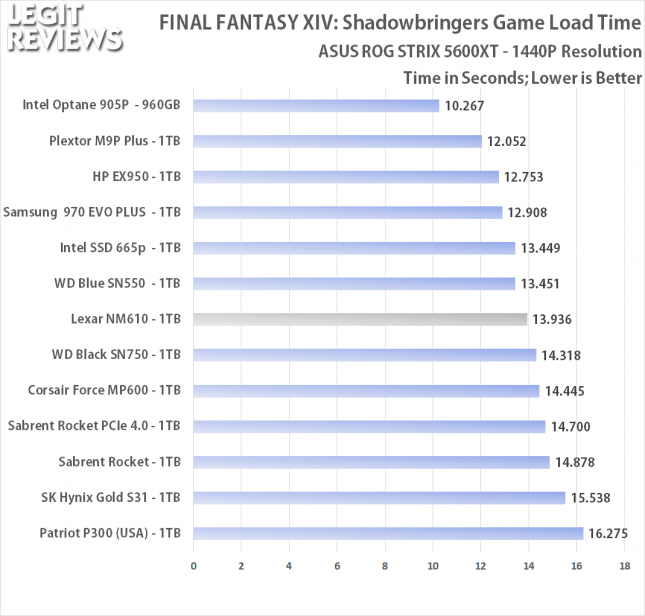 Benchmark Results: The Lexar NM610 1TB NVMe SSD finished with a game load time of 13.936 seconds in Final Fantasy XIV: Shadowbringers on our test system. This places the NM610 right in the middle of the pack of 1TB NVMe drives that we have recently tested.