Testing with the New Overclock

We super cooled the card with the Koolance VID-NX580 and pushed it as far as the BIOS would let us so let see what we get with those extra 8MHz core and 50MHz memory.

We like this DirectX 11 title because it is very repeatable and uses several of the nice DirectX 11 features such as heavy tessellation. 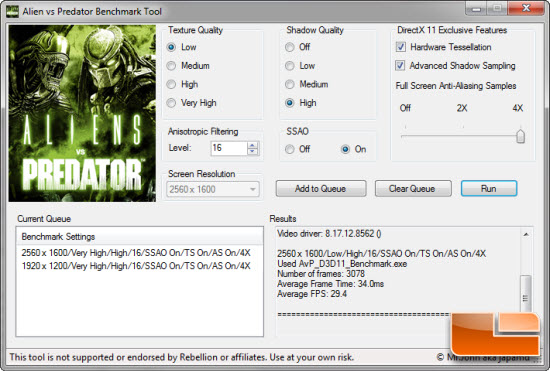 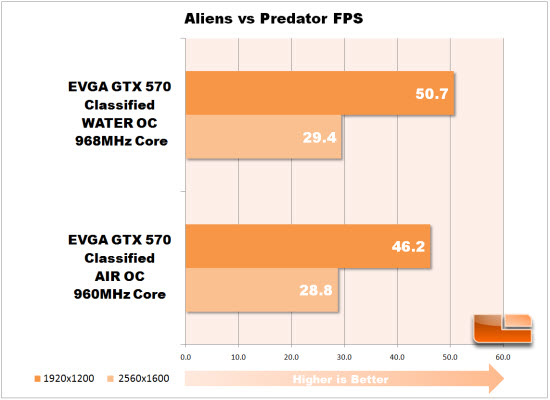 While the core clock barely moved the little bump in memory clock did help out giving us a 2% and 10% jump in performance. While this would hardly be noticeable it is an improvement thanks to the extra clocks the VID-NX580 gave us.
Futuremark 3D Mark 11

Next we ran 3D Mark 11 as a standard benchmarking tool for DirectX 11 to see how the performance might have been impacted by our overclocking. 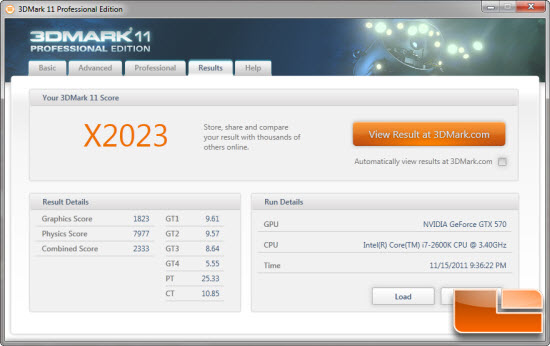 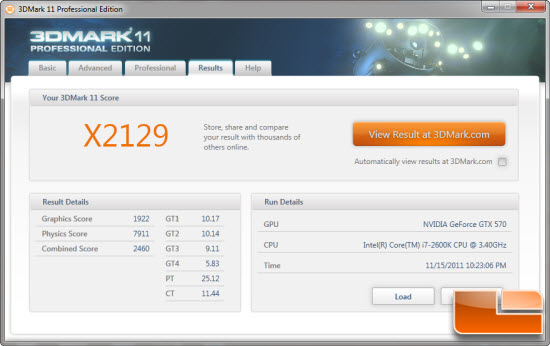 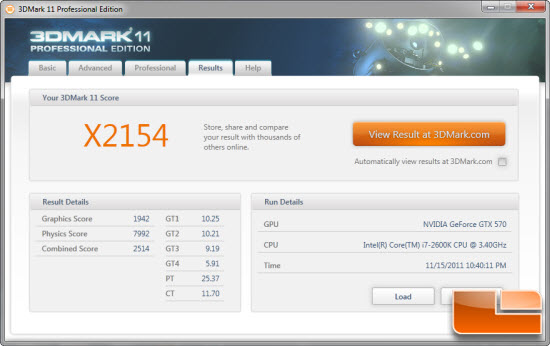 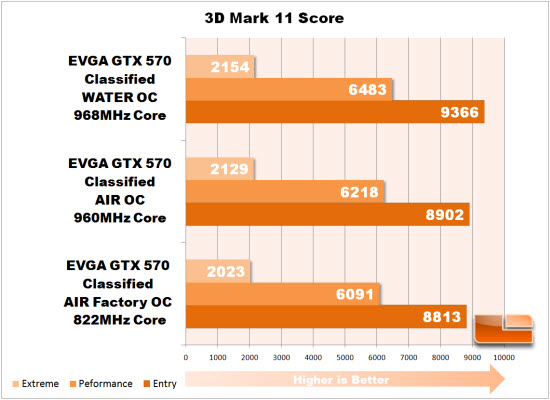 Nothing earth shattering given such a small delta from what we could do with Air vs. Water but was entirely due to the card not the performance of the Koolance VID-NX580.