Cooling Performance of the VID-NX580

In order to get the maximum continuous overclock on your GTX 580 or GTX 570 you need to crank up the voltage but this generates a lot of heat and a lot of fan noise. But once you water cool your graphics card you can push until the card cries mercy. Using our water cooled work system we went ahead and dropped the EVGA GTX 570 Classified sporting its new Koolance VID-NX580 water blocking into our loop to see how it would perform.

Since this is a water cooling loop we think it is important to call
out a few technical items. This is a single loop so we need to consider
both the thermal load of the GTX 570 and the i7-2600K. The GTX 570 has a TDP of 219 Watts and the i7-2600k has a TDP of
95 Watts giving us a total thermal load of 314 Watts at stock clocks for
our components. Thanks to Skinnee Labs XSPC RX360 V2 testing we
can reference the thermal dissipation of our radiator at around 490
Watts given our push / pull fan configuration. Considering we are going
to overclock our GTX 570 we estimate an actual maximum thermal load of
around 370 watts combined leaving us 120 Watts of headroom on our
cooling loop. What does all this techy talk mean? Basically we are
validating that our single radiator has more than enough performance to
cool our single GPU and CPU even with the GPU overclocked. 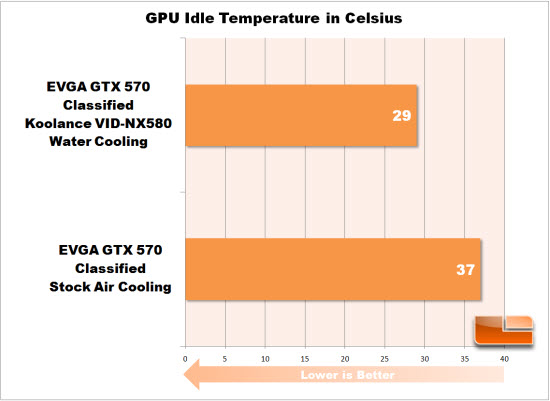 The office this system sits in tends to stay a little warm from all the computer gear running and when we took this measurement of the idle temperature running on Air the room had a ambient temperature of 26.5C (79F). This show that the factory cooling solution held the card just under 10C above ambient which is average performance. 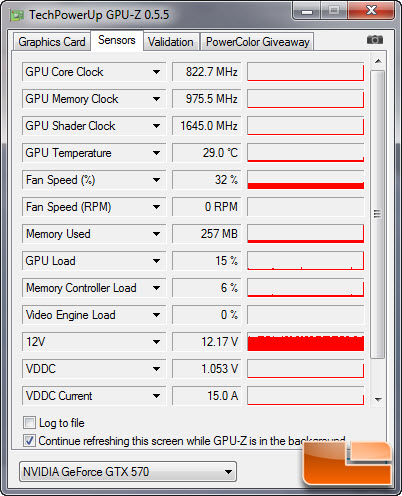 The weather outside is changing pretty quickly around our offices so on the day we took this reading the office was a bit cooler with an ambient of 24.4C (76F). We had the Gentle Typhoons just barely audible running at 1200 RPM and the system sitting on the desktop screen for 15 minutes giving us our water cooled idle temperature of 29C for a delta of only slightly more than 4C. Already seeing an improvement by putting this water block on our Classified card.

Gaming Performance for the VID-NX580

For the next test we ran multiple loops of the Aliens vs. Predator benchmark and utilized GPU-Z to monitor temperatures for both Air Cooling and Water Cooling. This benchmark loaded the GPU between 75% and 92% throughout the loops just as real world gaming would hit your GPU. 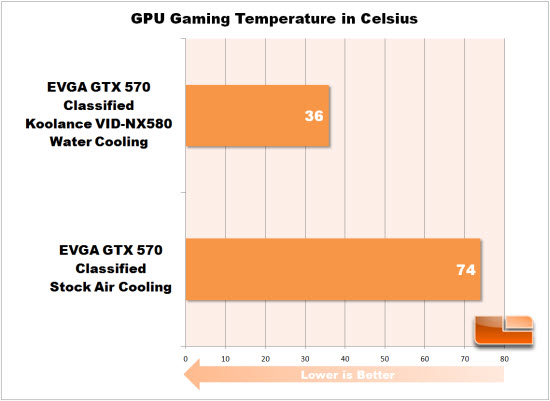 Running on Air the GTX 570 Classified bounced around between 66C and 76C but level out at 74C on average. 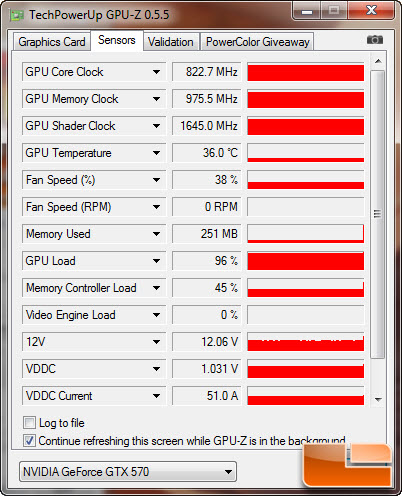 Switching over to the Koolance VID-NX580 block the maximum temperature was only 36C or 7C above the idle temperature. This surely highlights the power of water cooling on computer components by reducing the heat by 38C or 105% better cooling.

Extreme Performance for the VID-NX580

To really see what putting this card under water would do we fired up FurMark 1.9.1 and let it run for 15 minutes. This is a very unrealistic test that basically sends every OpenGL command at the GPU all at the same time. It does however push the thermal limit of the card more than any other test available today. 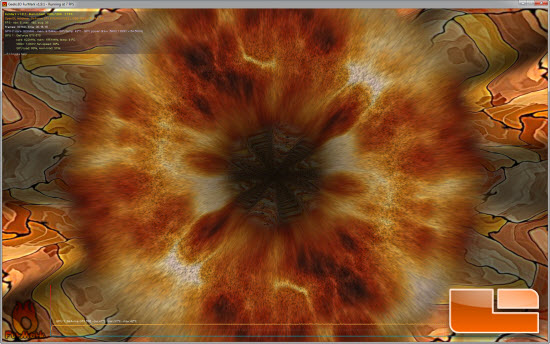 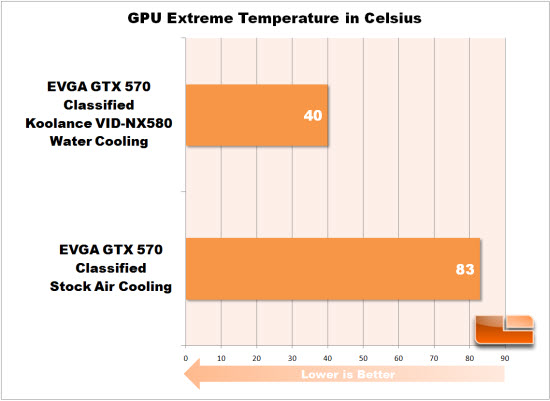 Using the factory Air Cooling this card reached a scorching 83C after 15 minutes. This is still below the MaxTJ of 99C for the FERMI chip but leaves little room to push any harder. Also the fan started to really started to get loud running at 2340 RPM. The cooling system was working hard to manage the thermals. 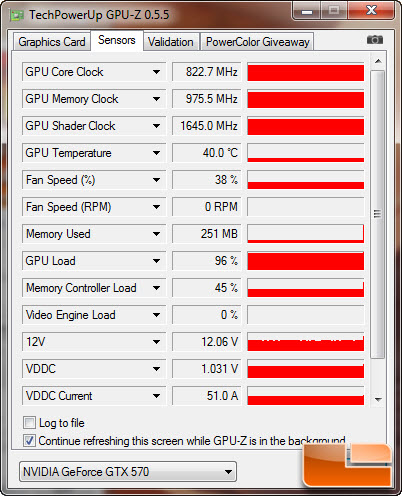 Flipping over to the Koolance VID-NX580 block connected to our loop the temperature hit a mild 40C even under this extreme load. Very impressive performance leaving us 59C of headroom to try and push the overclock on this card much higher than the factories overclock.