3DMark has been a staple of the benchmark world for many years. The latest version includes multiple benchmarks depending on the system. We will be taking a look at the FireStrike Extreme benchmark that is geared towards high performance gaming PC’s with overclocked processors. 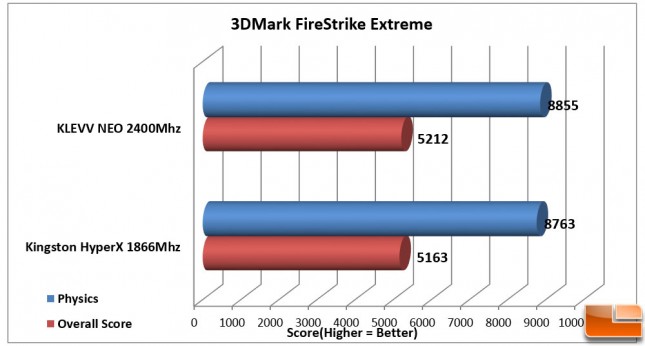 Benchmark Results: Faster memory doesn’t seem to make much of a difference in 3DMark’s FireStrike Extreme benchmark. The difference between the two memory kits was around 1%, which is a negligible difference. When running the test multiple times, they continued to come out with tight scores.