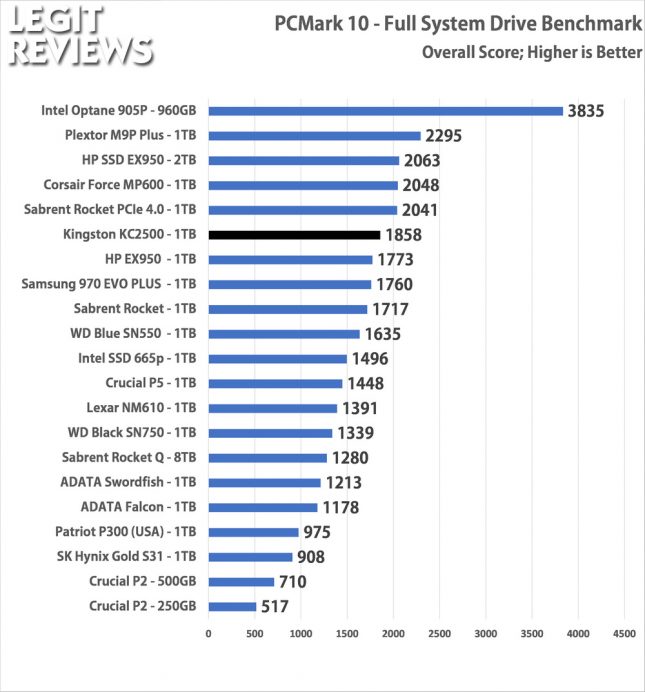 On the full system drive benchmark the results had the Kingston KC2500 1TB NVMe SSD finishing with an overall score of 1,858 points and that puts it in 6th place on this benchmark. 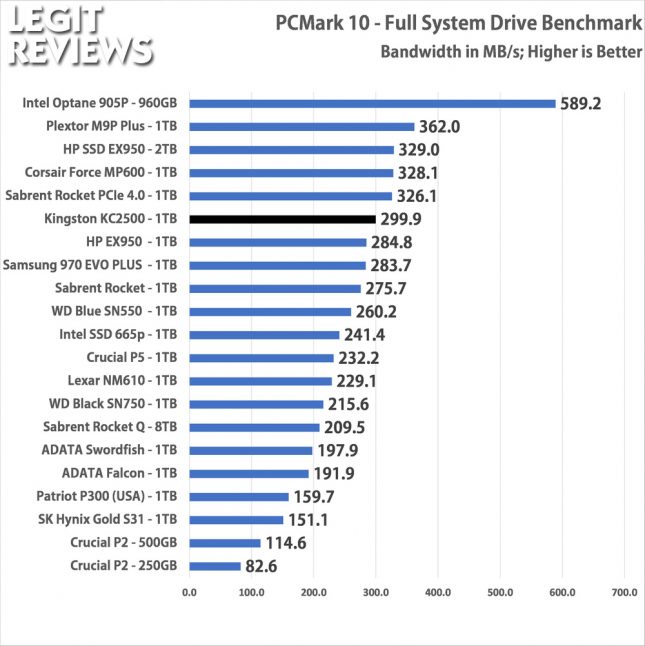 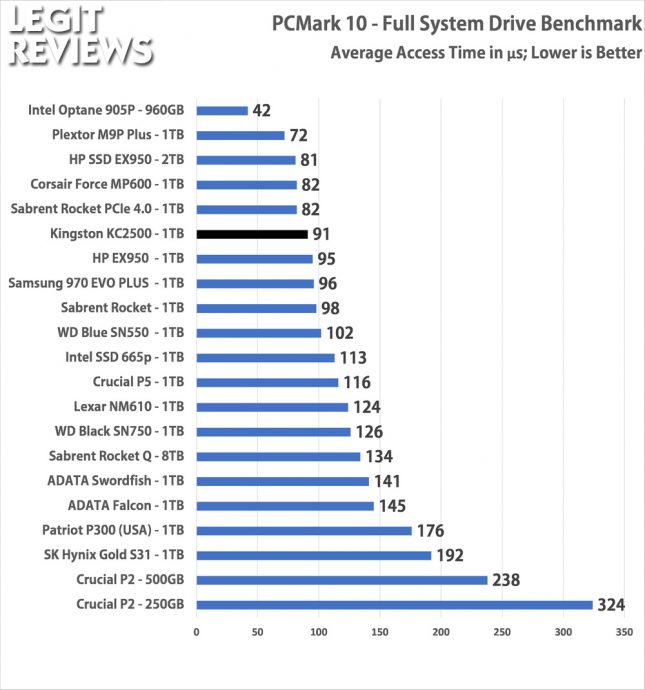 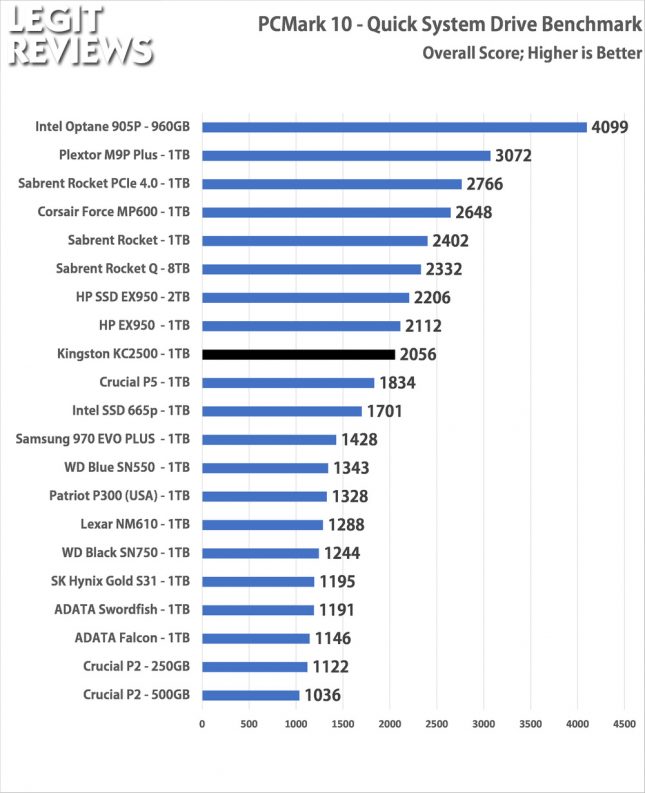 On this lighter workload the Kingston KC2500 had an overall score of 2056 points and that put it 9th against rival drives. 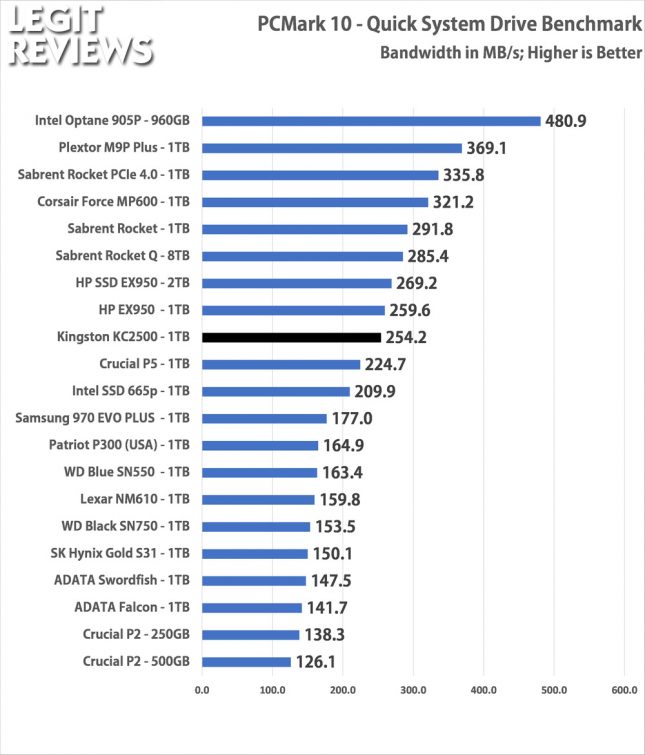 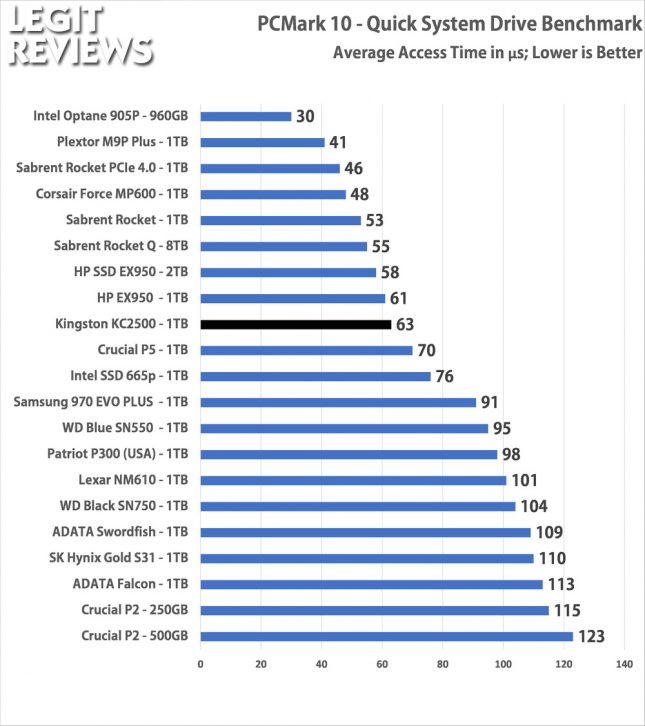 The average access time on the KC2500 1TB SSD was 63 microseconds on the quick system drive benchmark workload.