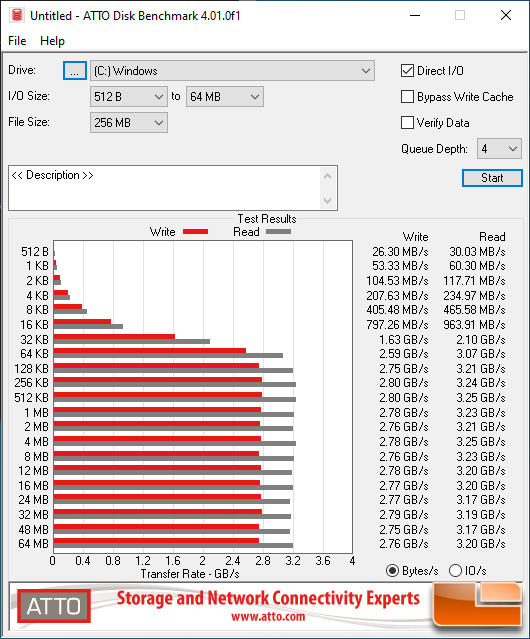 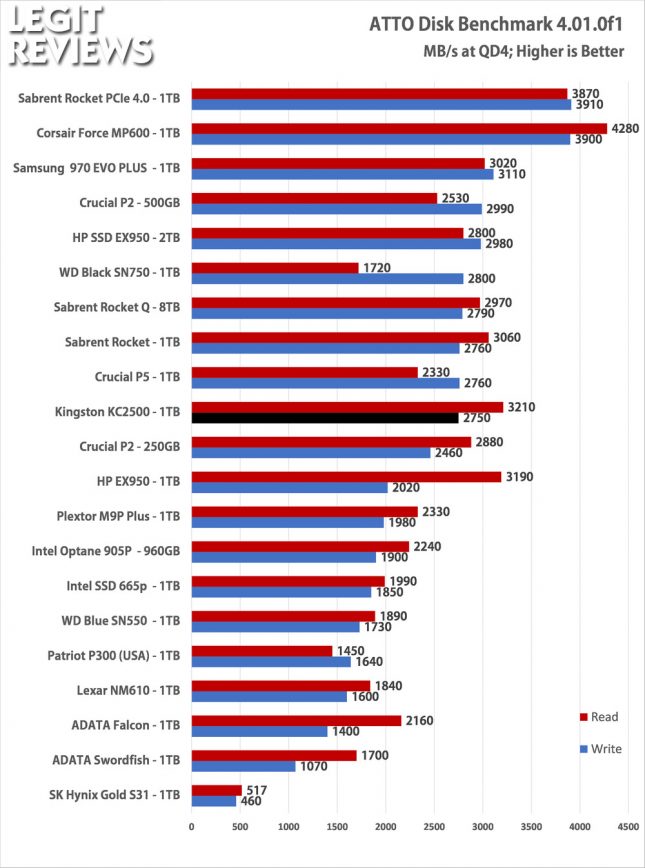 When we chart the 128KB test results from ATTO Disk Benchmark, the Kingston KC2500 finishes in the middle of the pack, but is within 50 MB/s of the five drives above it with respect to sequential write performance. It has the 3rd highest sequential read speed for the 128KB file size, which is impressive! Don’t let the middle of the chart finish paint the wrong picture! 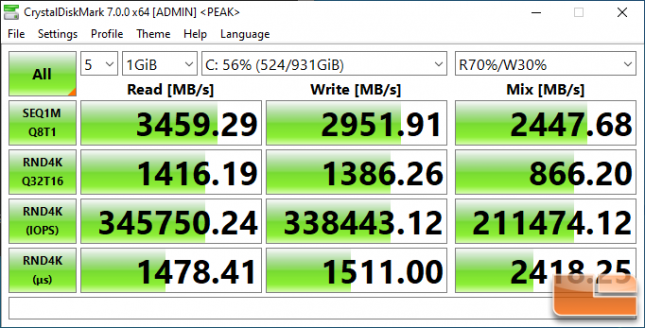 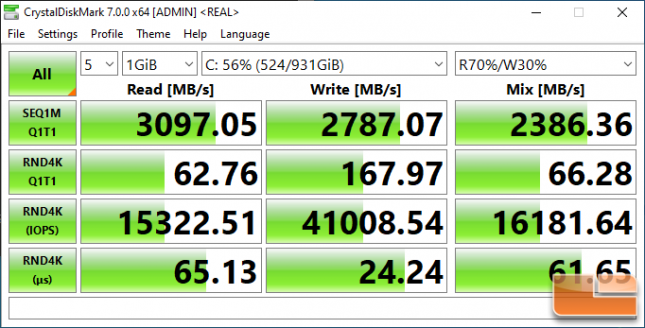 Benchmark Results: The Kingston KC2500 1TB drive came in with scores of 3459 MB/s read and 2952 MB/s write on CrystalDiskMark 7. This drive is rated as being up to 3500 MB/s read and 2900 MB/s write, so we are close enough to those speed ratings to be happy. Keep in mind that we aren’t testing a bare secondary drive, but rather a system drive that is filled 55% full!