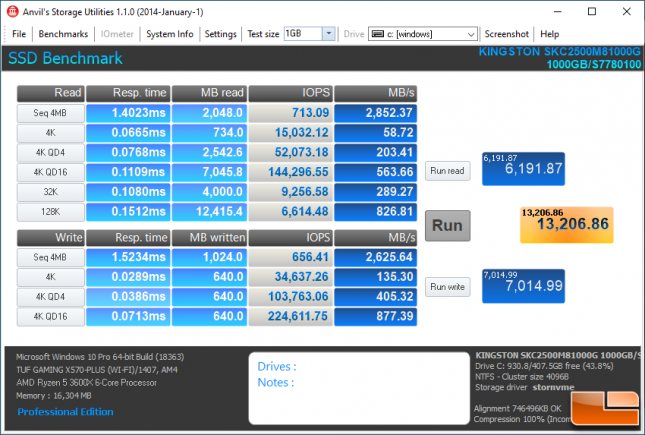 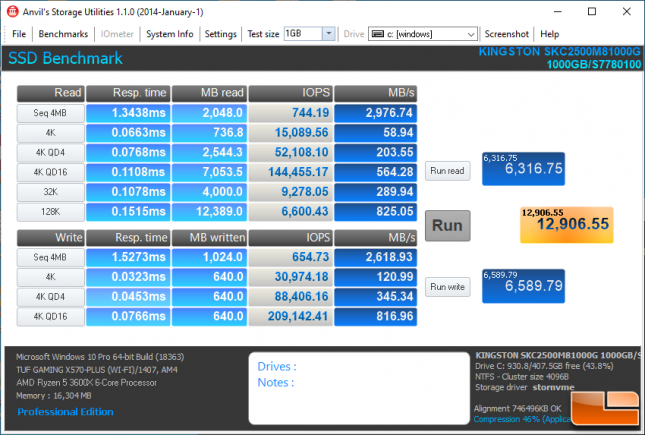 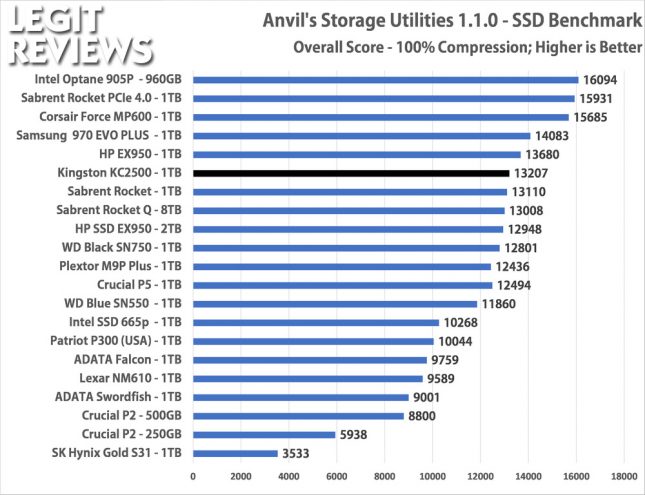 When we chart the score of the standard benchmark (100% compression) the Kingston KC2500 ended up being the sixth fastest drive of the nearly two dozen NVMe drives that we have tested on this platform!