Kingston KC2500 – The Fastest Drive Rex Has to Offer

Kingston recently released the KC2500 M.2 NVMe PCIe 3.0 x4 SSD series for desktop, workstations and high-performance computing (HPC) systems. With speeds up to 3,500MB/s read and up to 2,900MB/s write, the KC2500 certainly has the high-end specifications that one would expect from a flagship drive series. This speed comes from the use of the SM2262EN 8-channel controller by Silicon Motion paired with 96-layer BiCS4 3D TLC NAND Flash by KIOXIA.

The Kingston KC2500 NVMe SSD series is available in 250GB, 500GB, 1TB and 2TB capacities and they command a pretty hefty price tag. 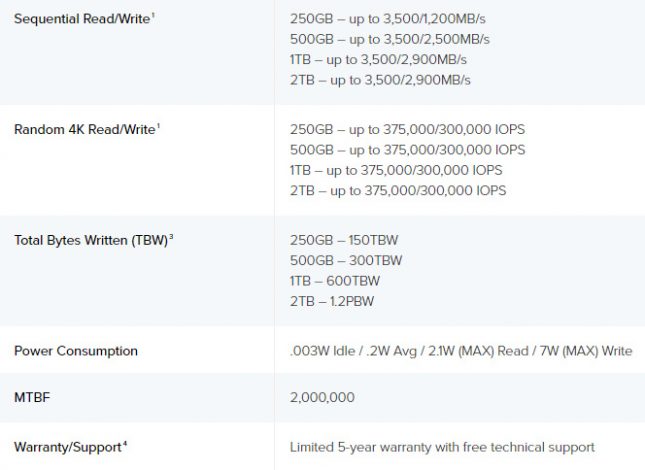 The performance of the KC2500 depends on the capacity of the drive that you get, but the 1TB and 2TB models are the fastest with 3500 MB/s read and 2900 MB/s write speeds. The Random 4K performance on all capacities is rated at up to 375,000 IOPS read and 300,000 IOPS write. Each drive features a 150TBW endurance rating for every 250GB of storage space and is backed by a 5-year warranty.

Kingston sent over the KC2500 1TB for us to test on our AMD Ryzen X570 platform since it is one of the most popular capacities for enthusiasts in the DIY PC market right now. The drive comes on a simple retail hanging card with straight forward messaging on the front. 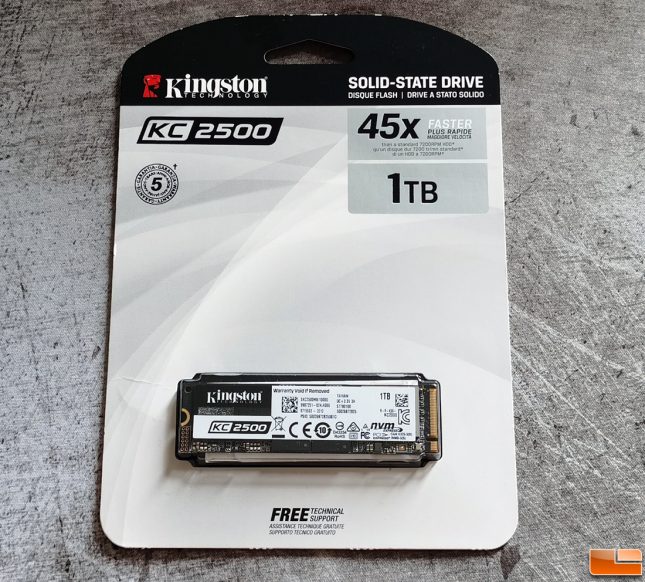 Inside the box you’ll find the KC2500 NVMe SSD and a code for Acronis True Image HD drive cloning software. The KC2500 is a double-sided PCIe Gen3x4 NVMe SSD that uses the M.2 2280 form factor. There are a total of eight 3D TLC NAND Flash chips on the 1TB drive and two DRAM chips that make up the drives 1GB of on-board DRAM cache.

The KC2500 is a self-encrypting drive that supports end-to-end data protection using XTS-AES 256 bit Hardware-based encryption and will work with TCG Opal 2.0 security management solutions from Symantec, McAfee, WinMagic and others. Microsoft eDrive is also supported by the KC2500, so it is ready for those wanting to run BitLocker.

There is no label on the back of the Kingston KC2500 1TB drive, so you can see all the components of the drive without having to void your warranty. Kingston packaged the 96-layer 3D TLC NAND Flash and DDR3L cache chips, so everything is Kingston branded. 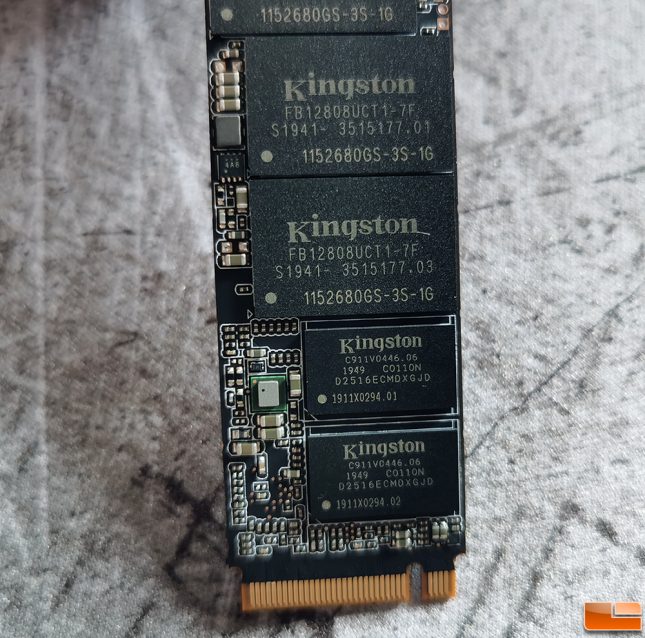 You can download the Kingston SSD Manager (KSM) utility for free and this software will let you know drive temperature, SSD health and if a firmware update is available. It is also where you can go to enable IEEE 1667 as it comes disabled by default. TCG OPAL version 2.0 is also supported on this drive for those that are needing a solution with hardware encryption. The Kingston SSD Manager will only work with Windows as it is not compatible with Mac OS or Linux distributions. 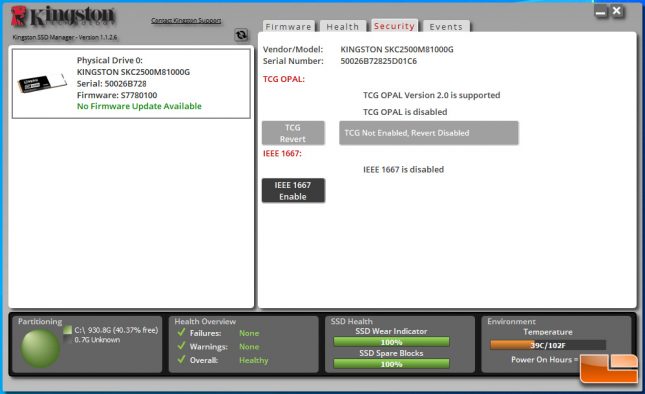 Here is a KC2500 promotional video that Kingston released with the introduction of the NVMe PCIe SSD series.

Let’s take a look at the test system and get to the KC2500 benchmarks!