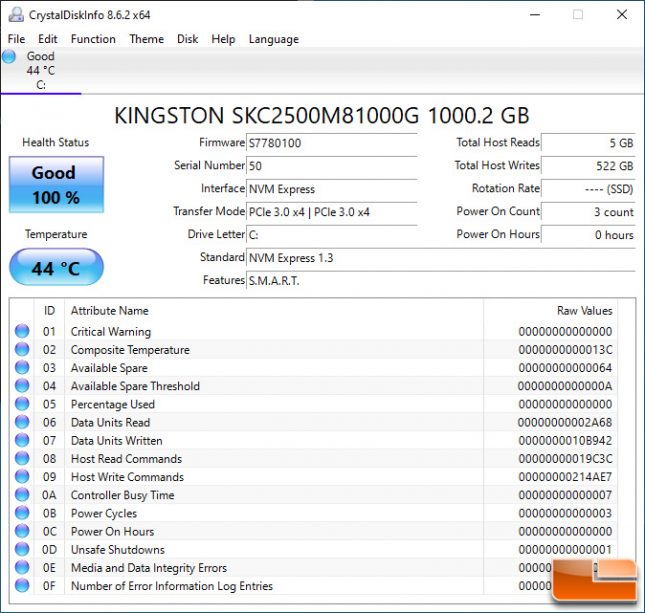 The ATA details for the Kingston KC2500 1TB SSD shows that it has 5 power states and that the warning temperature of the drive is 75C and the critical composite temperature threshold is 85C. 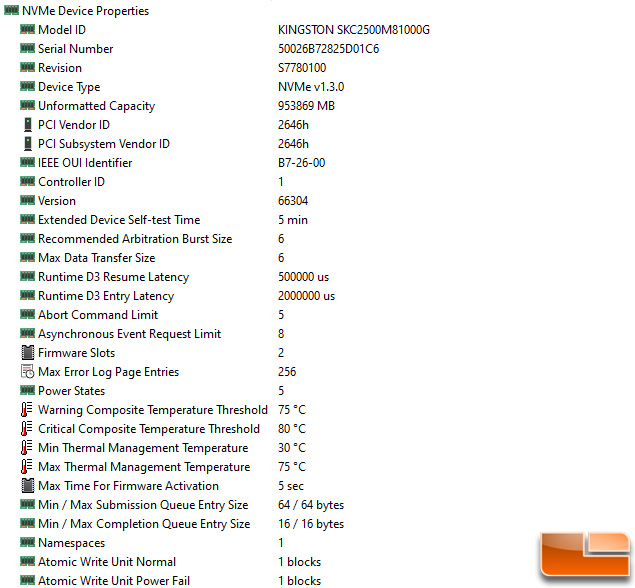