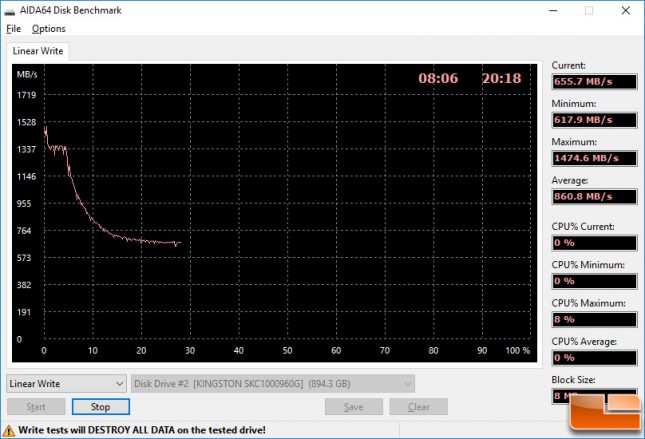 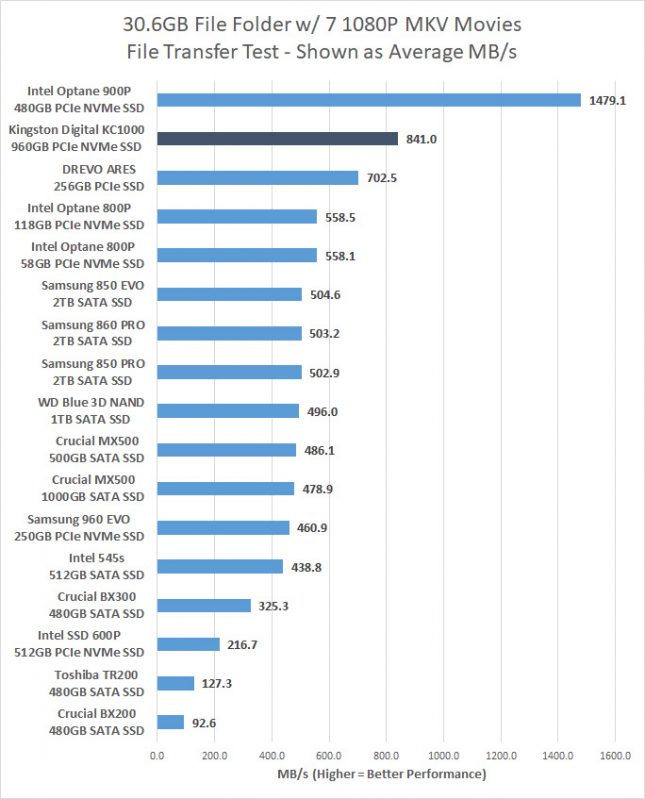 We were thinking we might be close to 1300 MB/s in this test after seeing the AIDA64 linear write results, but the Kingston KC1000 came in lower at 841 MB/s. This number is still very respectable and easily beats all the SATA III SSDs that we have tested as well as all of the PCIe NVMe drives.