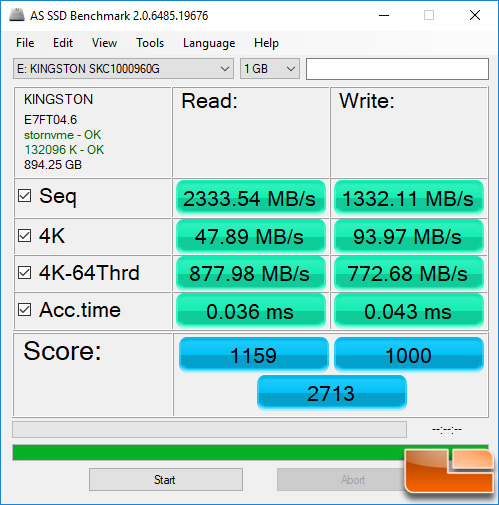 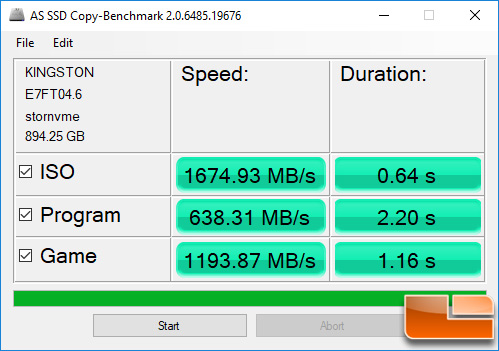 Benchmark Results: The copy benchmark test results were ranging from 638 MB/s in the Program to 1675 MB/s in the ISO benchmark. 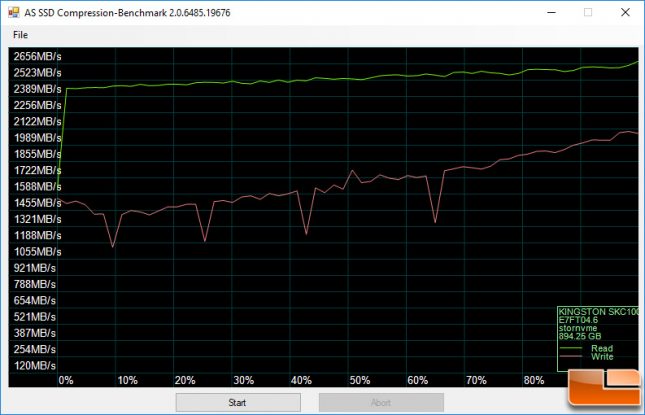