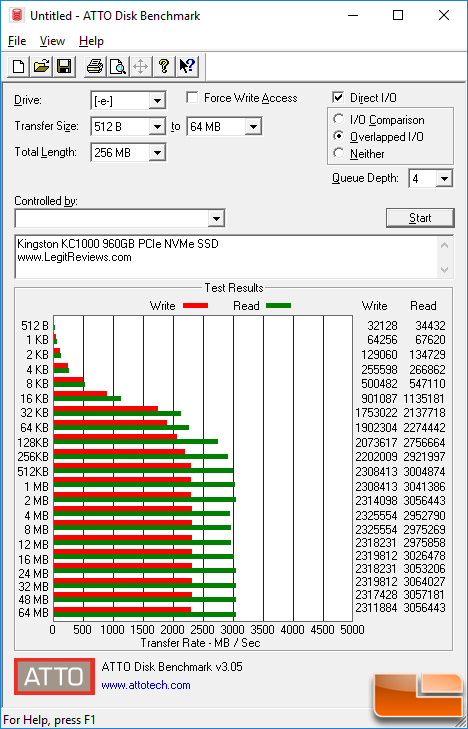 Benchmark Results: ATTO showed the Kingston KC1000 960GB PCIe NVMe drive reaching speeds of up to 3,064MB/s read and 2,325 MB/s write in the standard overlapped I/O benchmark. This drive is rated at up to 2700 MB/s max sequential read and 1600 MB/s max sequential write and we smashed those rated speeds on our Intel Z370 based test platform. 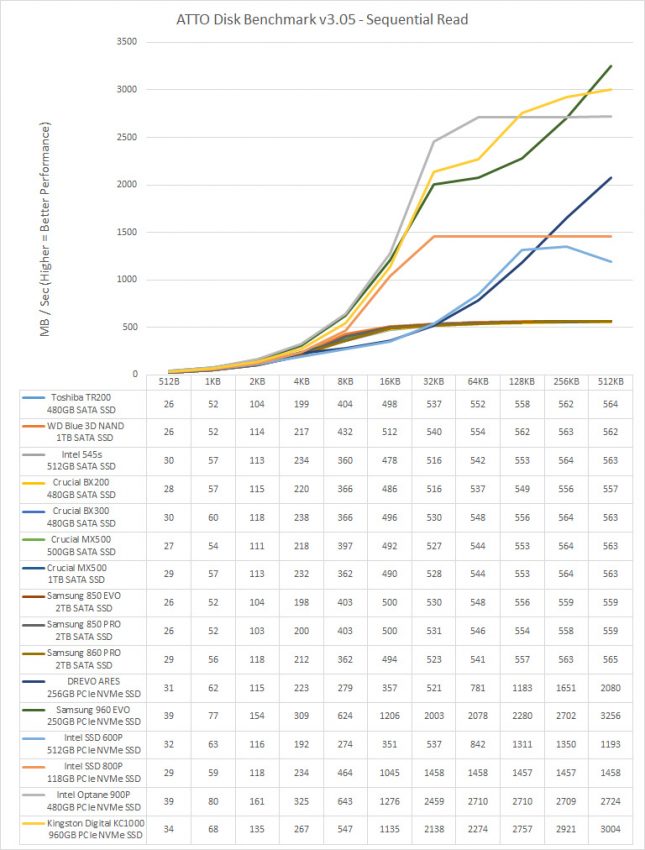 Benchmark Results: Compared to some other SATA III and PCIe NVMe SSDs, the Kingston KC1000 960GB does really well and performs better than most all drives at larger block sizes. 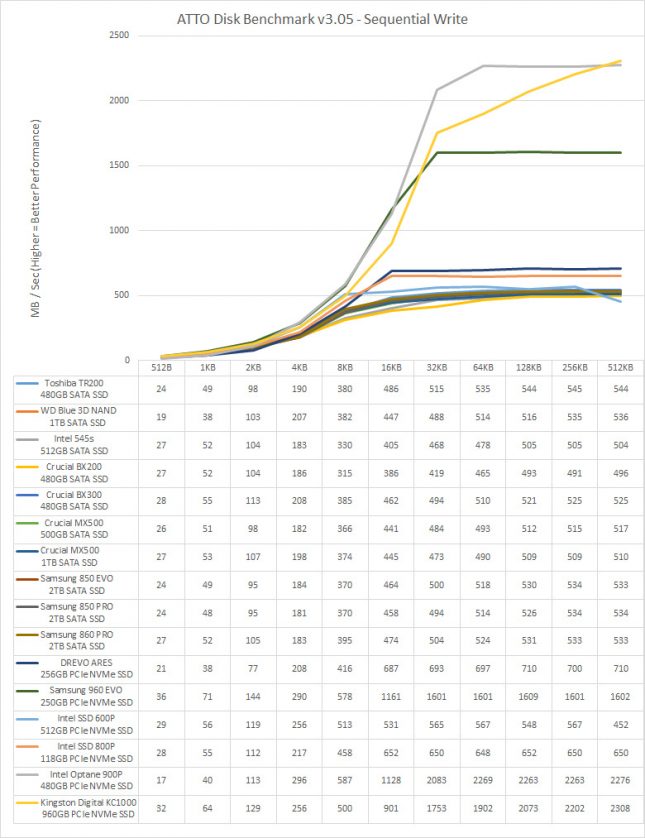 Benchmark Results: The Kingston KC1000 960GB drive topped out at over 2300 MB/s at a block size larger than we charted, so the performance was still headed up! Kingston has a powerful drive here when it comes to sequential read and write performance! 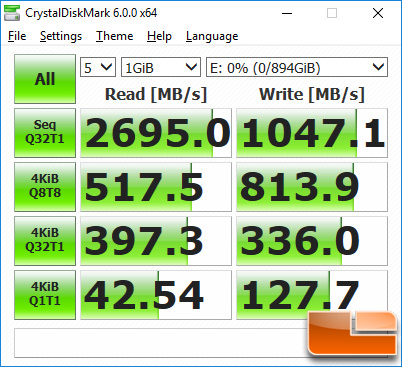 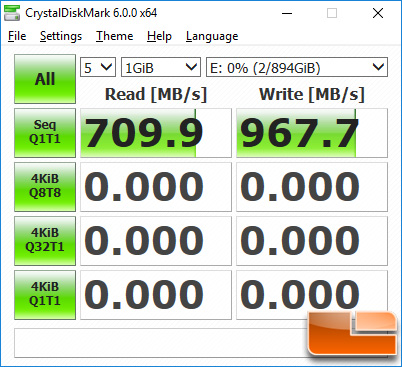