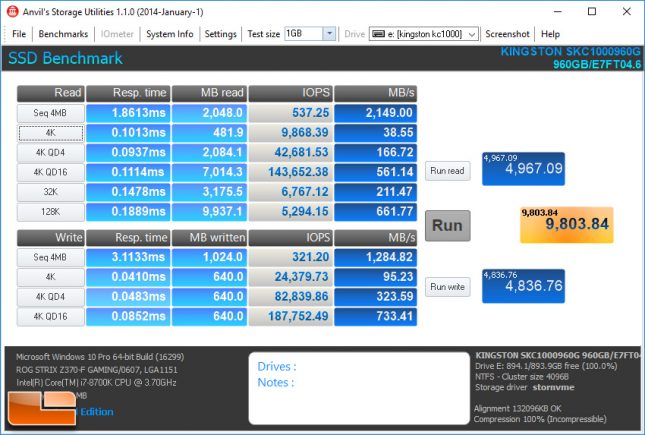 Benchmark Results: The Anvil SSD Benchmark showed that with 100% compression (incompressible data) the Kingston KC1000 came in with a score 9,803.84 points. The drive topped out at 2,149 MB/s read and 1,285 MB/s write speeds when it came to the measured sequential performance test with 4MB file sizes. 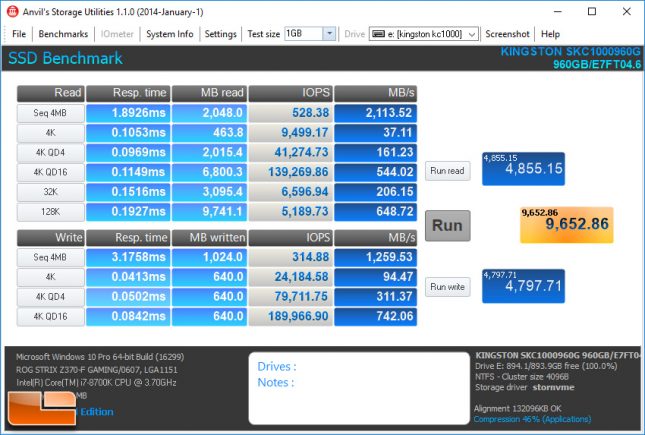 Benchmark Results: With the compression at 46% to help mimic real world applications better we found the overall score dropped to 9,652.86 points. 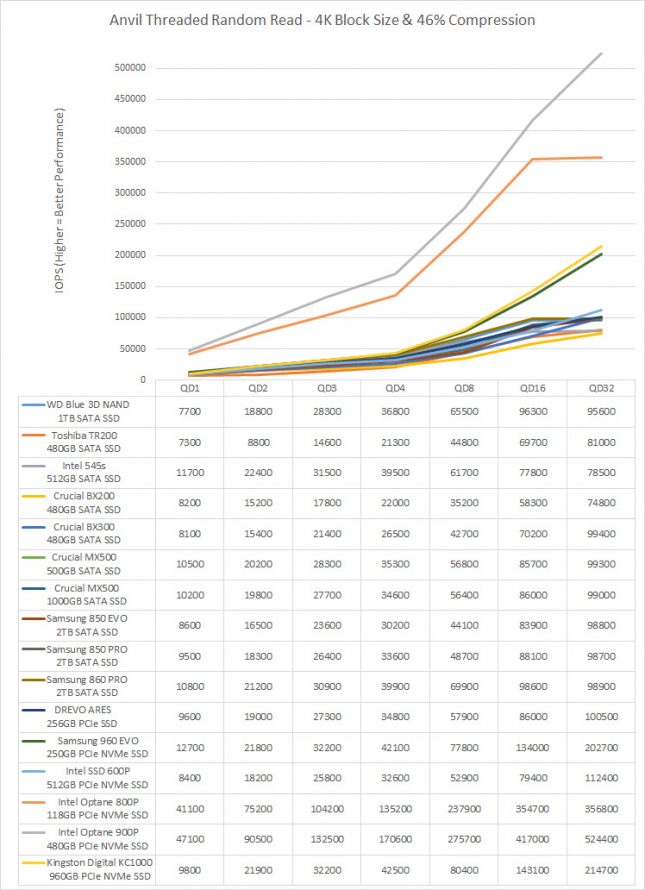 Benchmark Results: The Kingston KC1000 has unimpressive low queue depth performance and was trading blows with SATA III drives like the Samsung SSD 860 PRO in the QD1-QD4 range. Once the KC1000 series got beyond QD8 the performance of the KC1000 series jumped ahead of all the SATA drives and most of the PCIe NVMe drives. 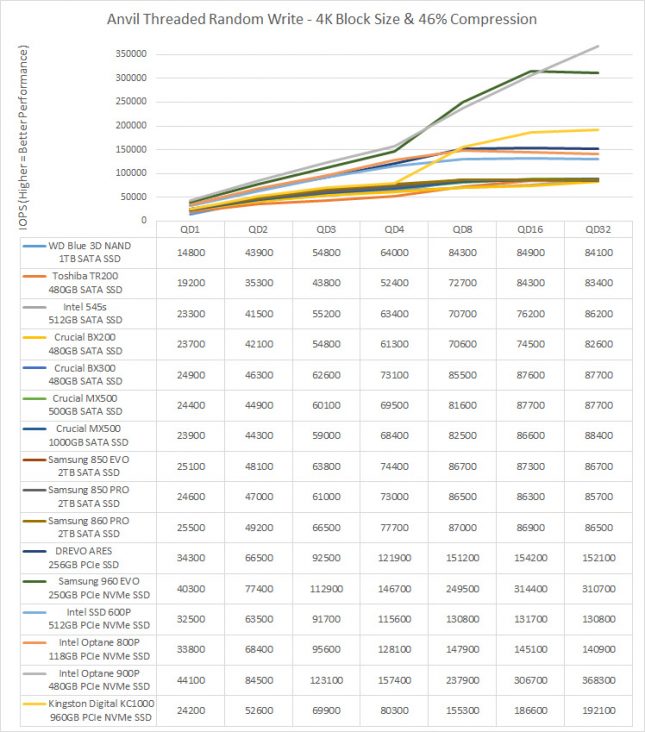