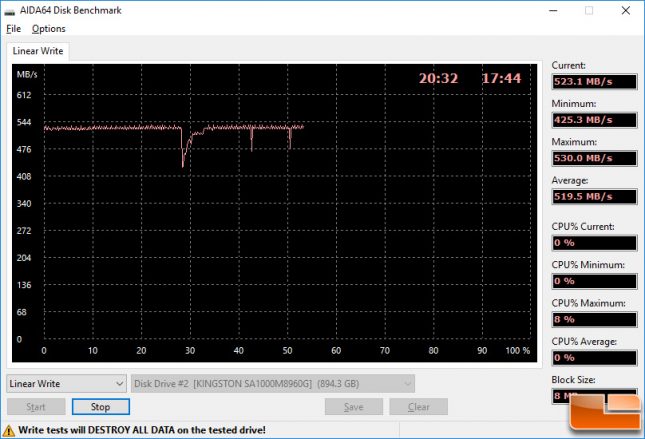 We left the block size on auto and it selected 8MB for this test. Performance started out at around 525 MB/s and remained around that level of performance until over 25% of the drive was full. At around 27% fill we noticed a performance drop down to 425 MB/s and then the drive recovered up to 520-530 MB/s. The average speed to fill up the drive over 50% was 520 MB/s. 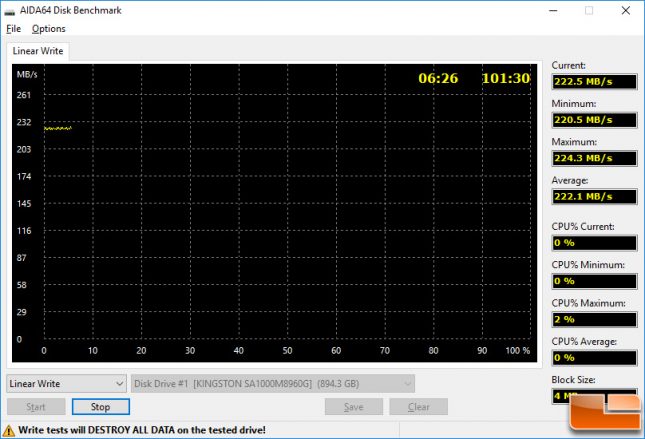 We manually set the block size to 4MB and re-ran the benchmark. Performance was down to 220 to 225 MB/s. 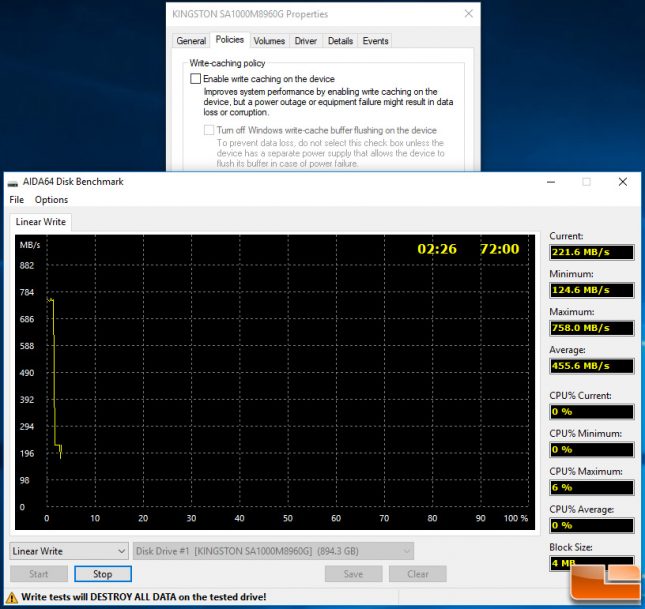 The last thing we tried was to disable write caching on the Kingston A1000 entirely after secure erasing the drive to get it back to FOB performance after hammering it. Here it started out at around 760 MB/s and then performance quickly dropped to around 220 MB/s. We aren’t entirely sure what to make of these results as they are lower than expected. We reached out to Kingston and showed them our results the week before this review was published, but have not received any feedback. 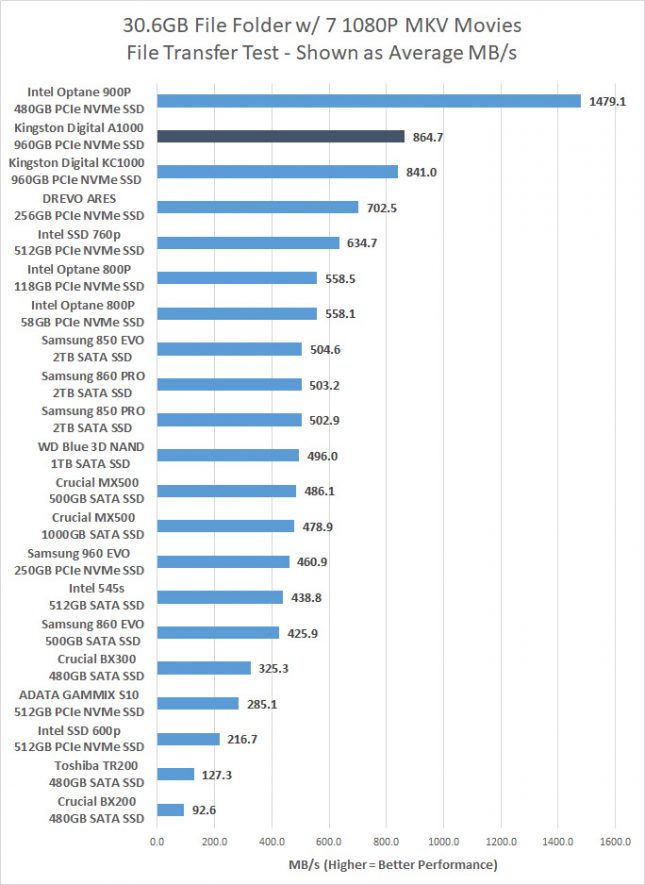 Despite the poorer than expected performance in the AIDA64 linear write test we found that the Kingston A1000 960GB did very well having the movie directory copied over to the drive. It averaged nearly 865 MB/s for this task, which is the second fastest of the drives that we have recently tested and just edged out the Kingston KC1000 960GB drive.