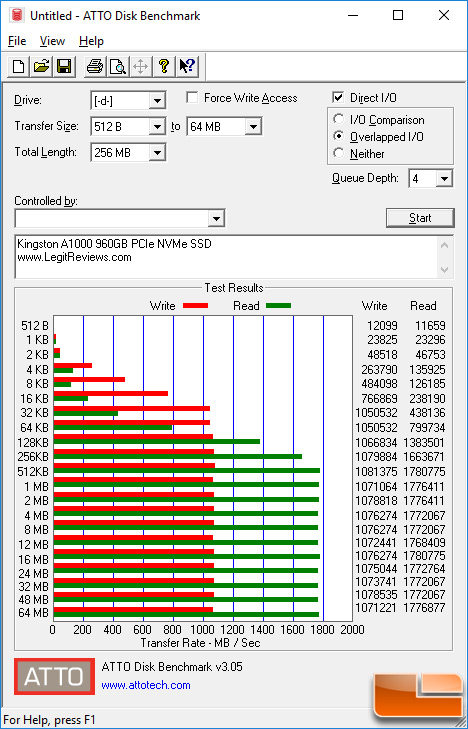 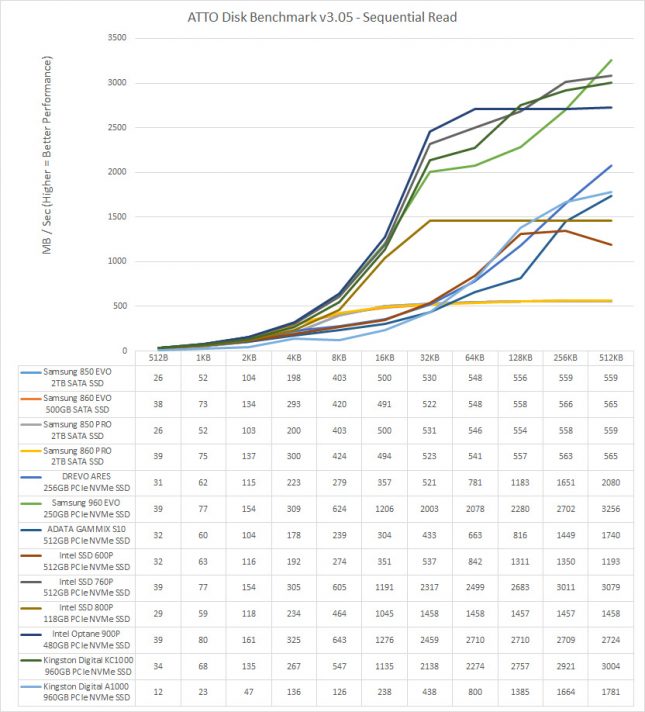 Benchmark Results: The Kingston A1000 960GB drive doesn’t do too how at the lower block sizes tested, but starts to do good above the 64KB block size. 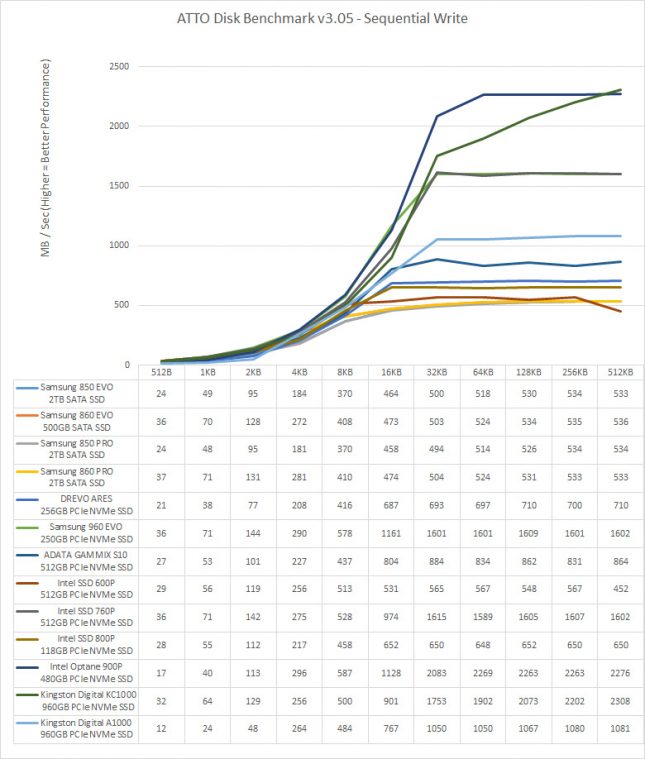 Benchmark Results: On the write side we again see the Kingston A1000 struggle at the smallest of block sizes, but by 4KB it is on par with most PCIe NVMe drives. Beyond 32KB block sizes, it ends up faster that most. 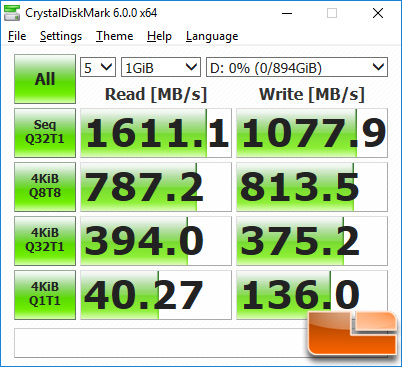 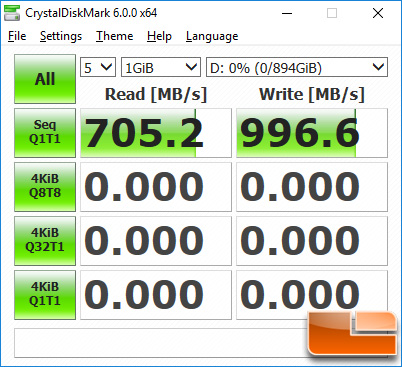