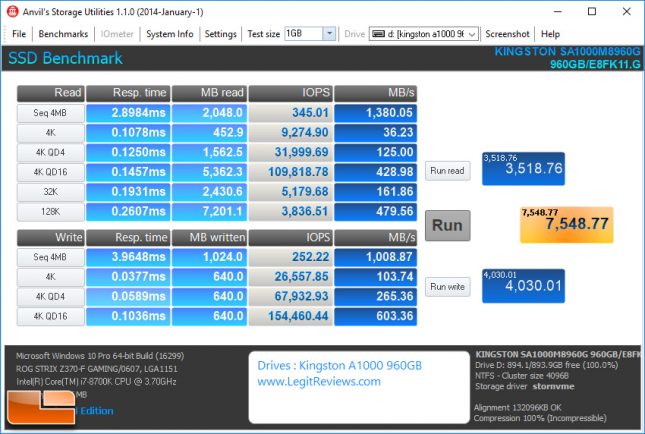 Benchmark Results: The Anvil SSD Benchmark showed that with 100% compression (incompressible data) the Kingston A1000 960GB drive had an overall score of 7,548.77 points. The drive topped out at 1,380 MB/s read and 1,008 MB/s write speeds on the sequential performance test with 4MB file sizes. 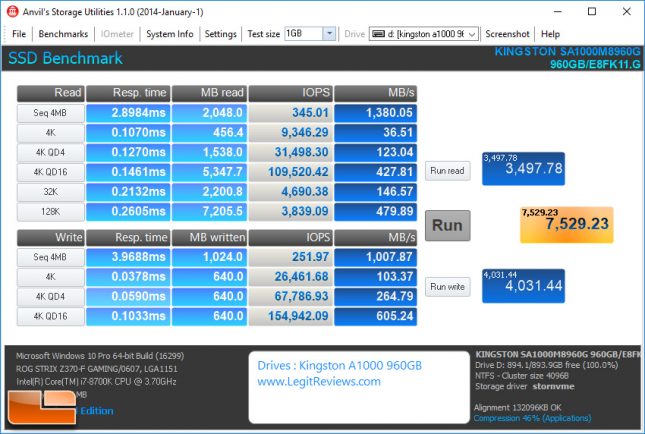 Benchmark Results: With the compression at 46% to help mimic real world applications better we found the overall score dropped down to 7,529.23 points. 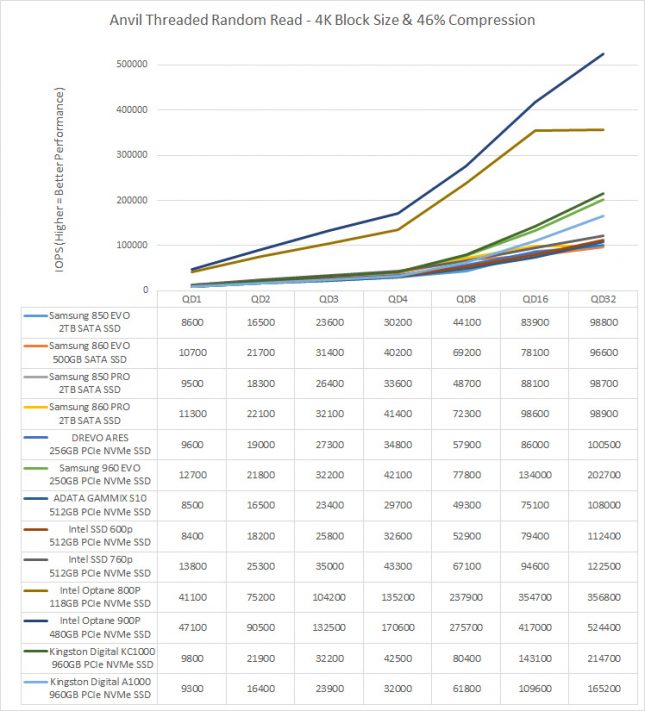 Benchmark Results: When it comes to low queue depth random read performance the Kingston A1000 960GB drive was a little lower that we would have hoped for in the QD1-QD4 range. In fact the QD2 performance is the lowest of any 12+ drives that we have in the chart. The ‘old’ Samsung 850 EVO SATA drive drive was performing neck to neck with it ant the ‘new’ Samsung 860 EVO SATA drive was faster at QD1-4 Random 4K reads. At the higher queue depths the Kingston A1000 960GB drive easily beat all four of the SATA III drives we have in the charts and was faster than the Intel SSD 760p 512GB drive. 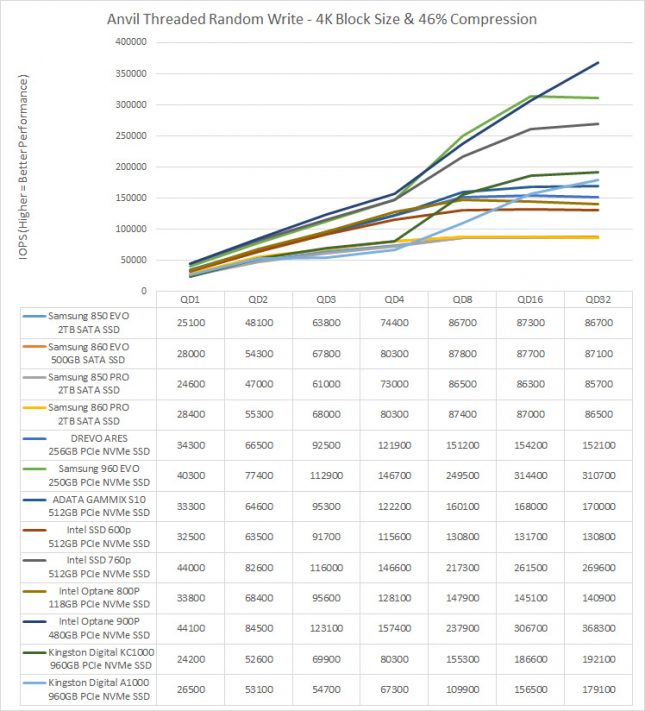 Benchmark Results: When it comes to Random 4K write performance the low queue depth performance on the Kingston A1000 960GB drive was on par with Samsung SSD 860 EVO at QD1-2 and then fell behind at QD3-4. The QD3 performance on this drive was strangely flat and on part with the performance at QD2, which was a little odd. Once we tested at the higher QD levels the performance got better and we see the Kingston A1000 960GB drive performing better than other PCIe NVMe drives up at the QD16-QD32 range. This QD is higher than most consumer workloads are taking place though, so it doesn’t mean much. Most all drive transactions are done at QD8 or below.