Legit Reviews is once again adding IOMeter v1.1.0 testing to ourSolid-State Drive reviews as we feel that the canned benchmarks no longer show enough of the performance picture nor do they expose many of the heat issues that we are starting to encounter on M.2 PCIe SSDs and sustained write issues on TLC NAND based drives. We start out testing each drive with IOMeter, but first we prepare the drive. This is done by using Parted Magic to complete a full Secure Erase each and every drive. Next we use IOMeter to prefill the drive by performing the industry standard 128KB, aligned, sequential write workload across the entire drive for a period of 30 minutes. Once the drive is conditioned we run our saved sequential test profile that runs our 128KB test for one minute without any idle time in between the tests. The queue depth is set to 32 as we feel with NVMe drives starting to come out that we need to increase our IO depth. 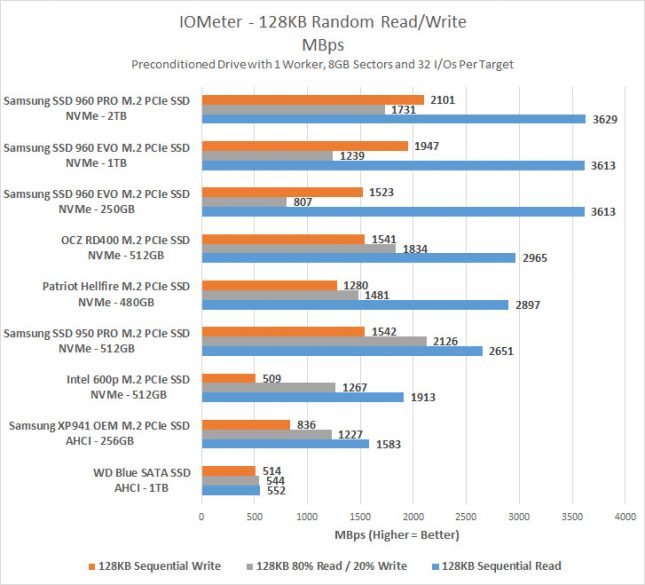 The 128KB Sequential Read/Write test is done primarily to make sure the drives we are testing meet or surpass the manufacturer specifications for sequential Read/Write performance. The Intel SSD 600p drive is rated at 1775 MB/s read and 560 MB/s write and we were able to get 1913 MB/s read and 509 MB/s write when performing each test for a period of 1 minute. We filled up the SLC cache, which is why the write performance test is lower than one might expect. 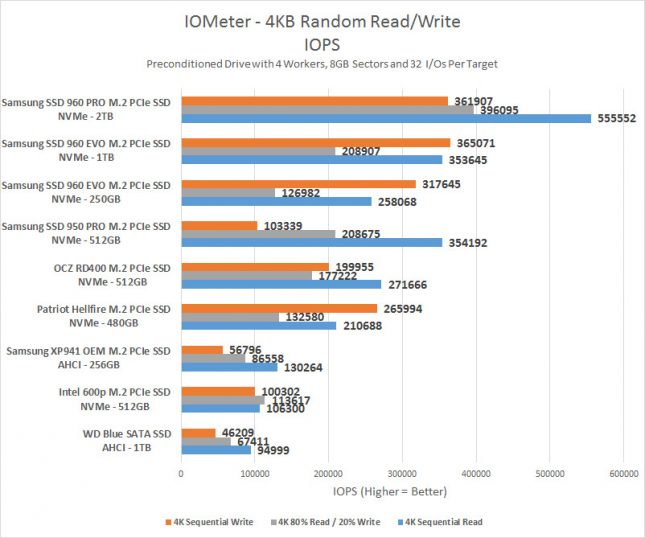