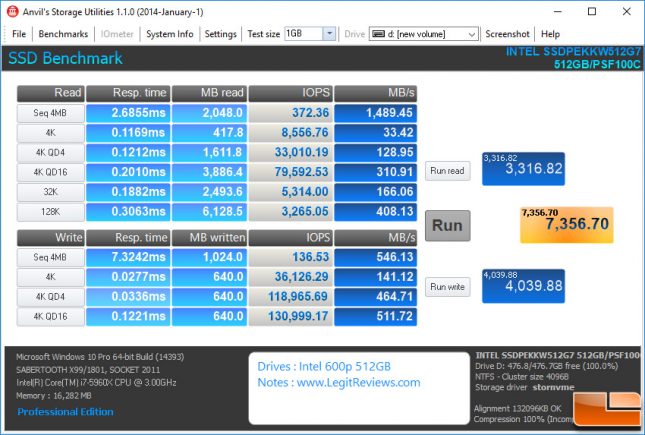 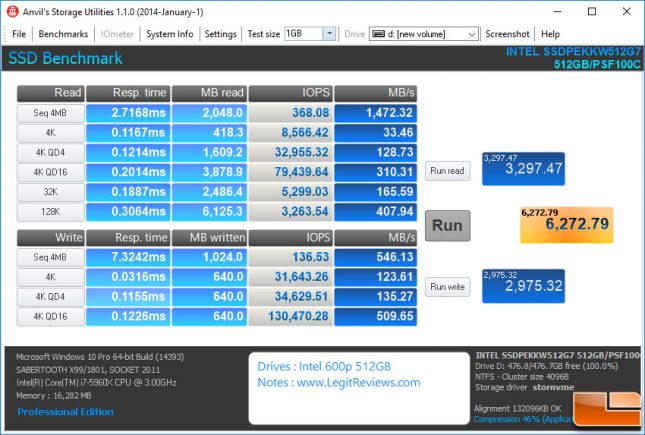 Benchmark Results: With the compression at 46% to help mimic real world applications better we found the overall score dropped down to 6,272.79 points. 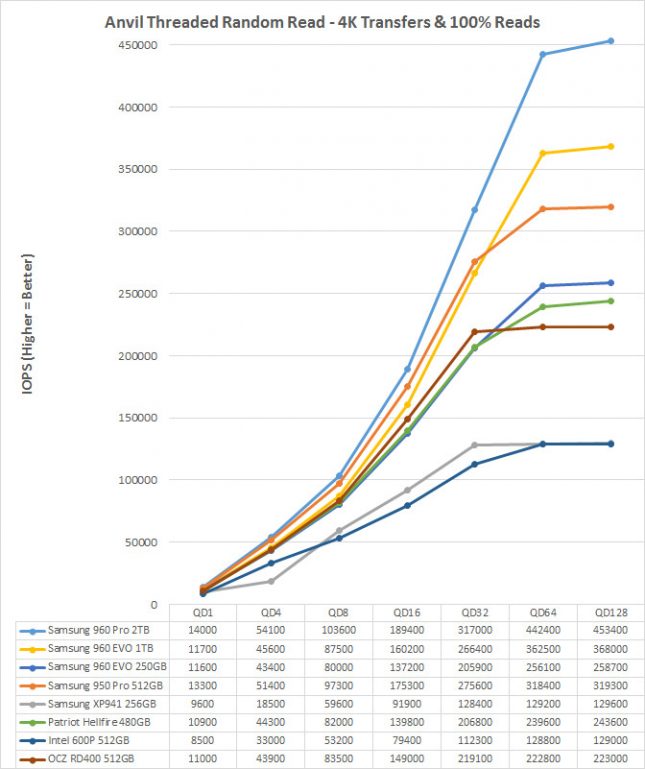 Benchmark Results: We used Anvil to check the 4K QD32 Random Read performance and found we we topped out at 129,000 IOPS, which is just barely over the drives rated 4K Random Read rating of 128,500 IOPS. When it comes to Random Read IOPS at QD1 the Intel SSD 600p 512 delivered 8,500 IOPS, which is the lowest of the 8 drives we have tested. Most desktop PCs doing regular client workloads operate in the lower QD range, so that is worth noting. 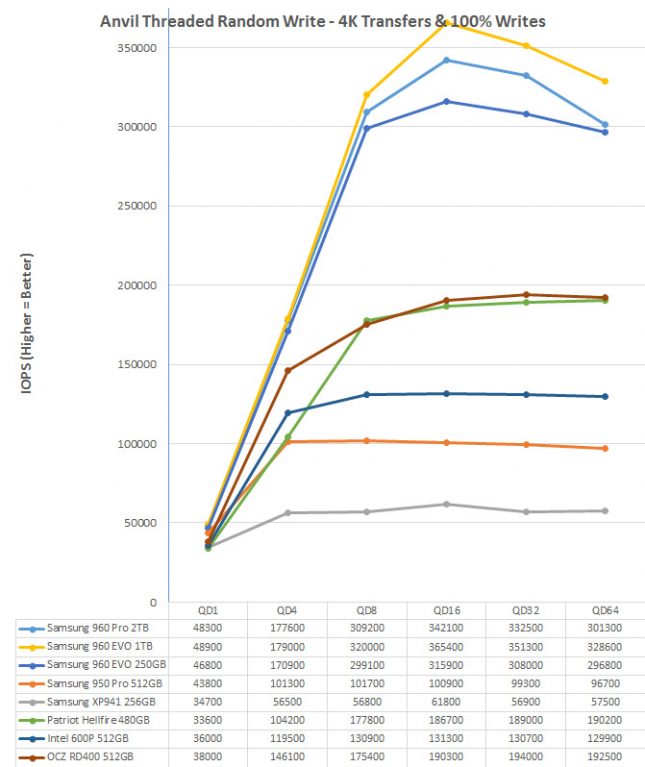 Benchmark Results: When it came to 4K Random Write performance, the Intel SSD 600p 512GB drive topped out at 131,300 IOPS when it is rated for 128,000 IOPS. With regards to Random Write IOPS at QD1, the Intel SSD 600p 512GB managed to tie the Patriot Hellfire M.2 480GB with 33,600 IOPS. Not bad performance from a budget drive as the write performance is better than the Samsung SSD 950 PRO 512GB drive at the higher Queue Depths and that is showing as the 950 PRO was the best M.2 drive that you could get last year.