Let’s take a look at the Intel SSD 600p Series 512GB drive to see how it handles sustained write scenarios. 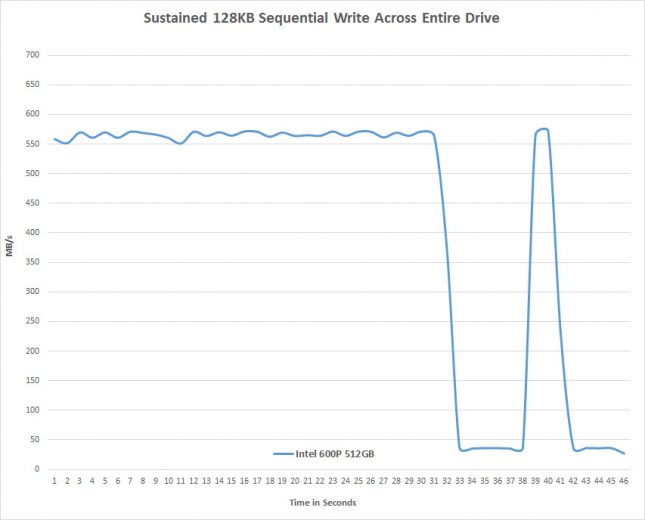 The 600p starts out at around 550 MB/s sequential write speeds, but after 31 seconds (17.5GB of writes) the performance dropped down to nearly 30 MB/s before recovering and then dropping again. When you average the test results over the 45 second period that we are focusing on these are the average speeds that you come up with:

The Intel SSD 600p 512GB drive performs no better than most SATA III SSDs with regards to long sustained writes as it averaged just 427 MB/s over our short 45 second long test. 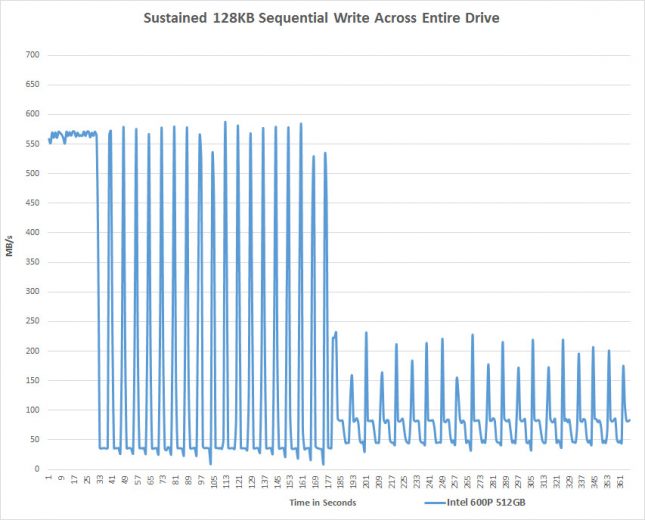 When you stretch this test out for a period of six minutes you’ll see a pattern develop and performance never fully recovers as the drive isn’t given the opportunity to take a break for the cache to clear and to be able to run the TRIM and garbage collection algorithms. Once the SLC cache has been filled on the 600p the write performance slows to a crawl and you get spike of performance and then write latencies as the dual-core controller struggles to keep up. This is due to the fact that Intel doesn’t allow the data to bypass the cache and be written directly to the TLC NAND Flash like some other solutions on the market. All the data must go must go through the cache before being written and that is too much for this controller to handle.