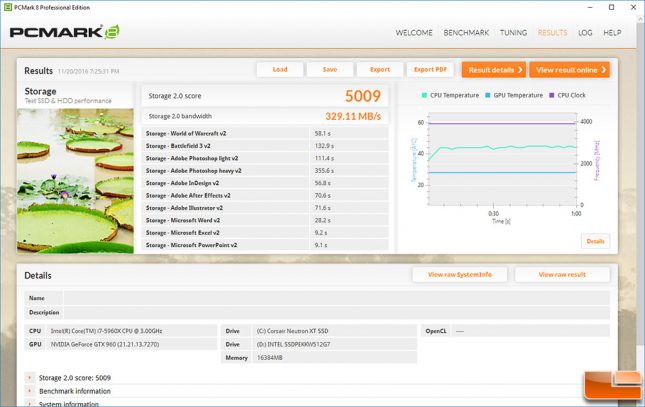 Benchmark Results: When it comes to PCMark 8 performance you are looking at an overall score of 5,009 on the Intel 600p 512GB drive with a bandwidth score of 329.11 MB/s. 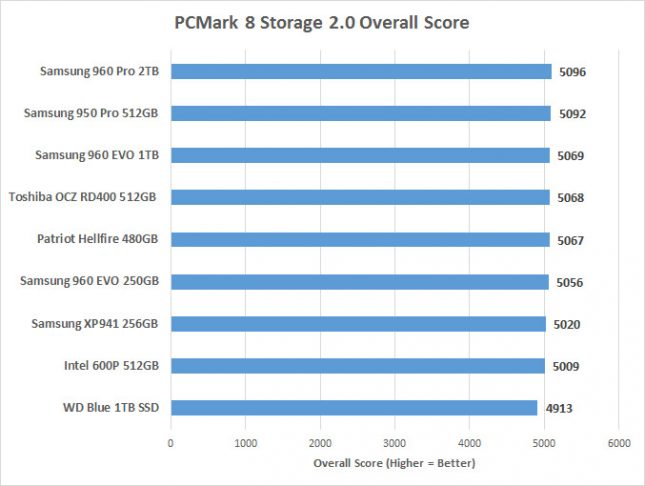 Benchmark Results: This score puts the Intel 600P in last place of the eight M.2 drives we tested it against, but it was ahead of the one SATA III drive in the chart! 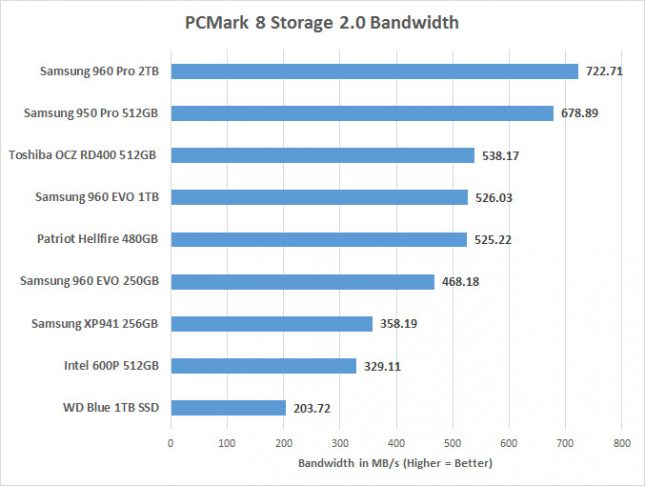 Benchmark Results: We like the bandwidth test results as it shows the total amount of bytes read and written during the test divided by the time the test took. The Intel SSD 600p 512GB drive does okay, but is nothing to write home about as the two year old Intel XP941 OEM M.2 SSD that doesn’t feature NVMe still managed to beat it.