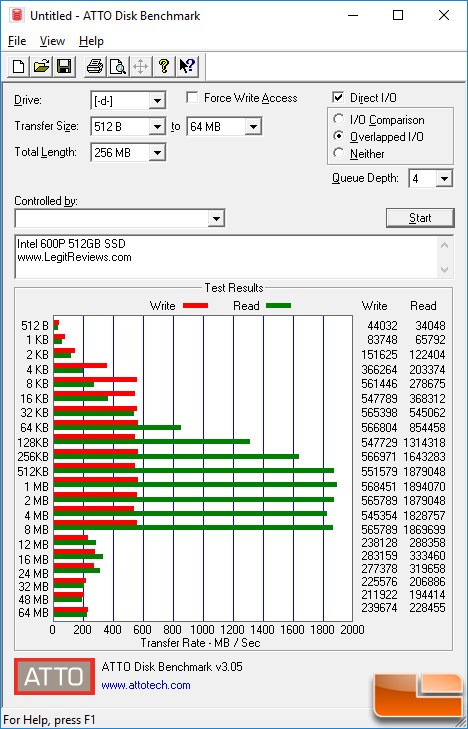 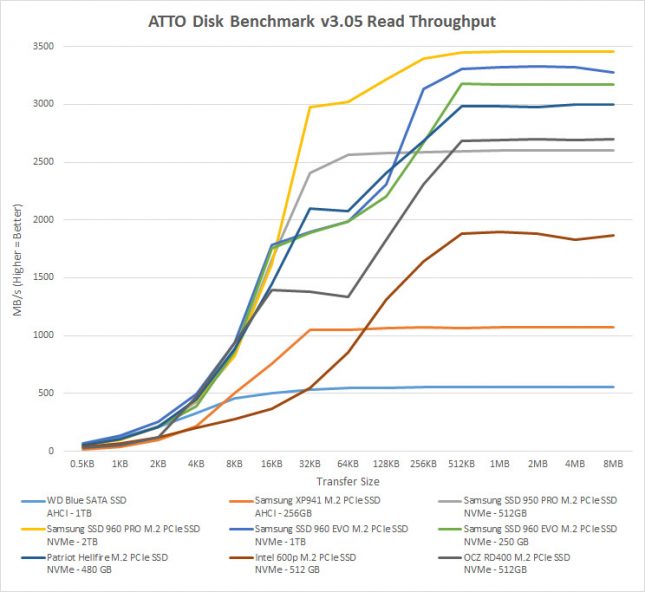 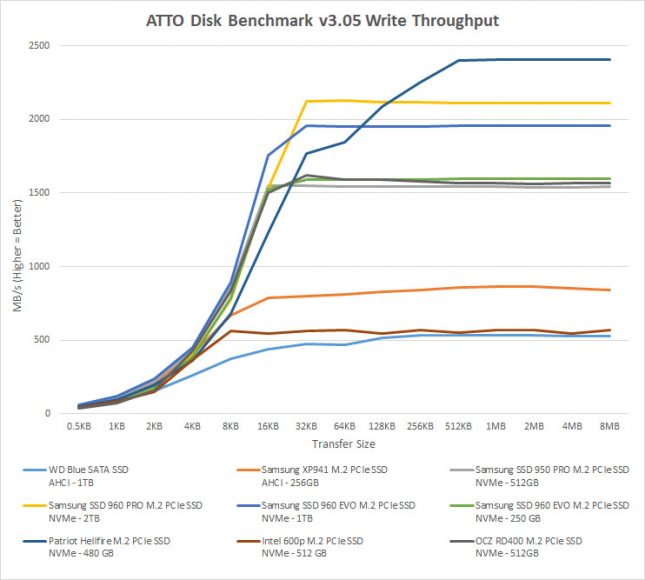 Benchmark Results: When comparing the Intel SSD 600P 512GB drive to others for sequential read/write performance you can see that it can’t really compete, but it does good against the WD Blue SSD 1TB SATA drive and that is the market Intel is looking to lure people from.