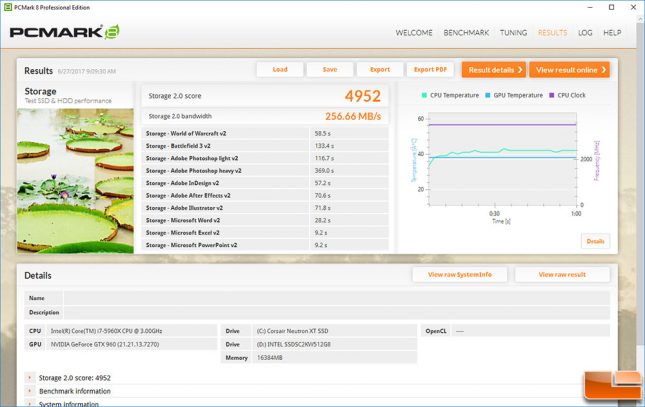 Benchmark Results: When it comes to PCMark 8 performance you are looking at an overall score of 4,952 points with the Intel SSD 545s 512GB SATA SSD running as a secondary drive. 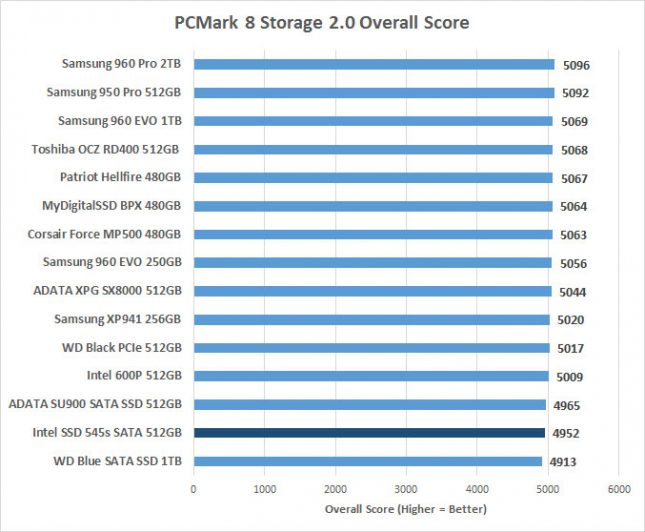 Benchmark Results: The overall score of 4,952 puts the Intel SSD 545s 512GB drive at the back of the pack with the other SATA III drives. Most drives being sent out today are M.2 PCIe NVMe models, so our chart is M.2 PCIe NVMe heavy! The ADATA SU900 Ultimate 512GB drive is slightly faster and that is a did score better than the WD Blue SATA Drive though and that model retails for $280. 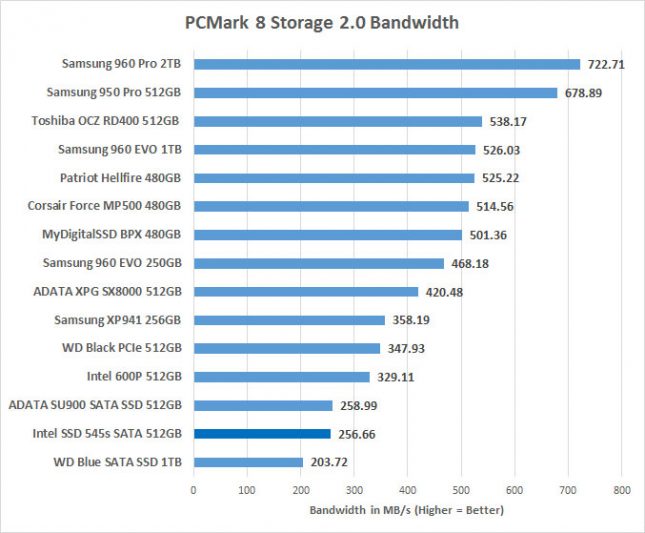 The Storage 2.0 bandwidth test results shows the total amount of bytes read and written during the test divided by the time the test took. Here you can see that the Intel SSD 545s 512GB SATA drive came in with a score of 256.66 MB/s. This is no bad for a SATA SSD, but much lower than entry-level SSDs. Keep in mind that Futuremark told us it is normal for 3DMark and PCMark scores to vary by up to 3% between runs since there are factors in modern, multitasking operating systems that cannot be completely controlled.