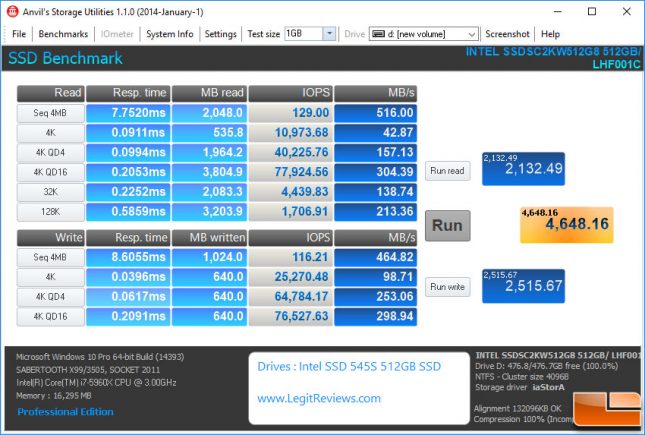 Benchmark Results: The Anvil SSD Benchmark showed that with 100% compression (incompressible data) the Intel SSD 545s 512GB SATA drive was able to achieve a score of 4,684.16 points with 516 MB/s read and 464 MB/s read speeds when it comes to the measured sequential performance with 4MB file sizes. 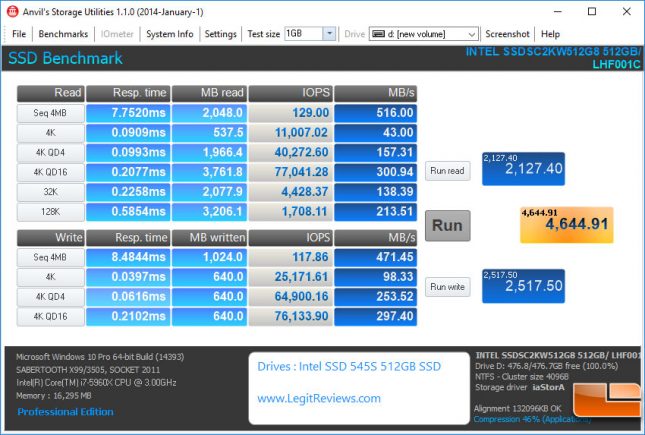 Benchmark Results: With the compression at 46% to help mimic real world applications better we found the overall score remained basically the same at 4,644.91 points. 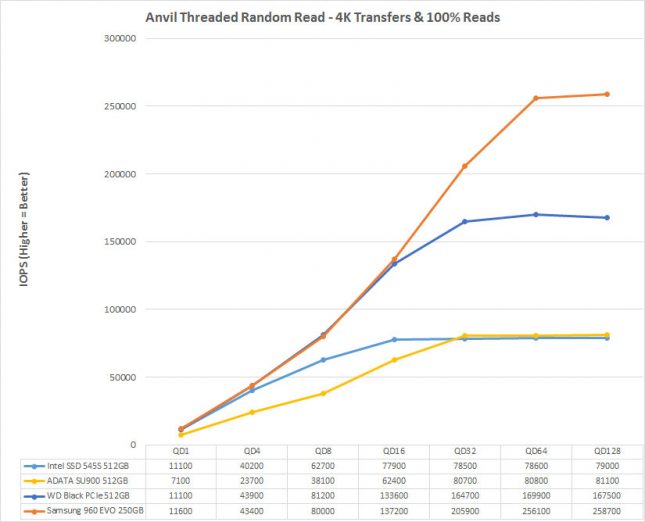 Benchmark Results: We used Anvil to check the 4K Random Read performance and found we we topped out at 79,000 IOPS, which is actually just over the drives rated maximum 4K Random Read IOPS of up to 75K. 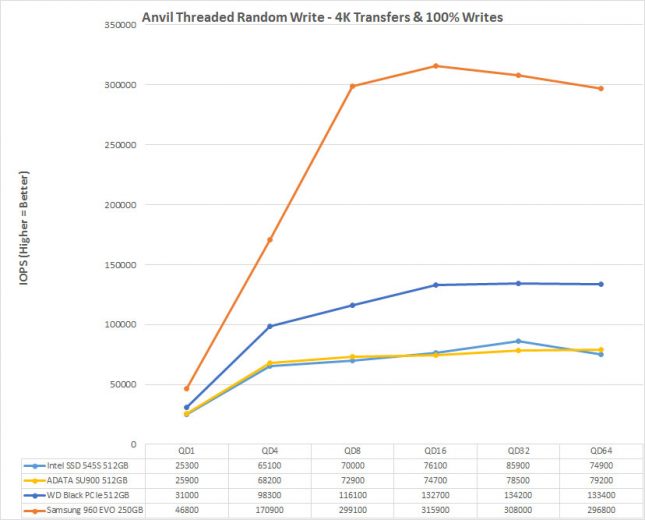