Let’s take a look at the Intel SSD 545s 512GB drive to see how it handles sustained write scenarios with the 3D TLC NAND. 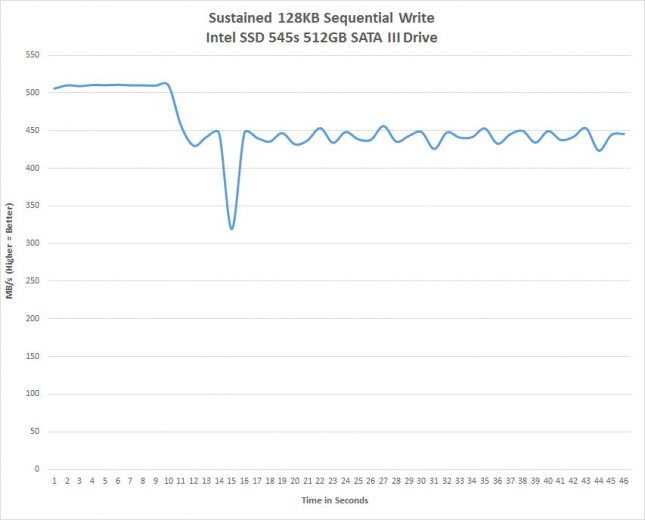 Not bad sequential write performance as the Intel SSD 545s 512GB drive finished in the middle of the pack with 454.10 MB/s. 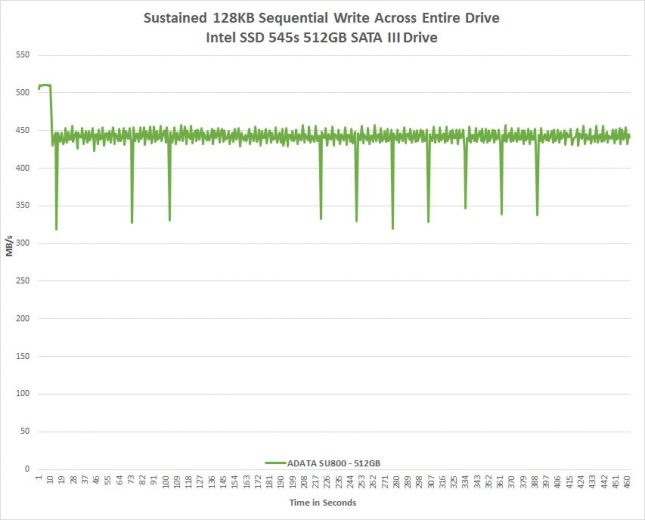 When you take a look at extended sustained write performance over the course of ten minutes that wrote 204 GB of data to the drive. Solid performance from a value oriented SATA SSD, so this drive will take heavy write workloads and write them to the 64-layer TLC NAND just fine. 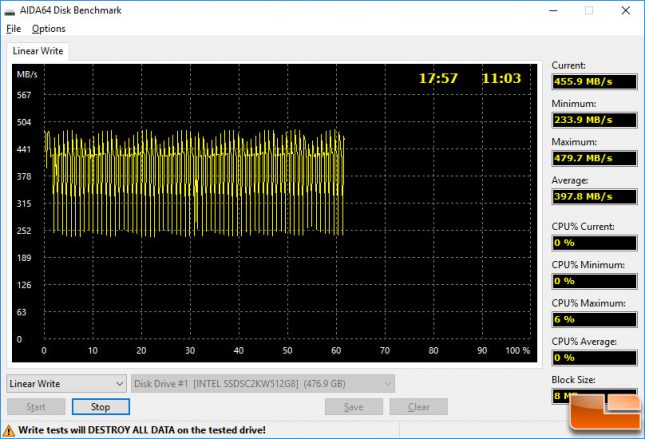 We’ve had some people as for AIDA64 linear write tests to be done, so we fired that utility up and found that with the standard 8MB block size that the write speeds topped out at 479 MB/s with the lows reaching down to 234 MB/s. The average speed is right around 400 MB/s, so again solid performance is seen for an entry level drive like this.

A quick look at the drives temperatures showed that we were idling around 26-27C and then hitting 49C during a 10 minute 128kb sequential workload was run. You can see the results below with a 30 second poling rate.

Hitting just shy 50C after performing that many writes is more than acceptable!