The readout on CrystalDiskInfo 7.0.5 shows that the Intel SSD 545s series supports S.M.A.R.T., APM, NCQ, TRIM and DevSleep. The drive we received had firmware version LHF001C installed and that is the version that we used for general testing and benchmarking. 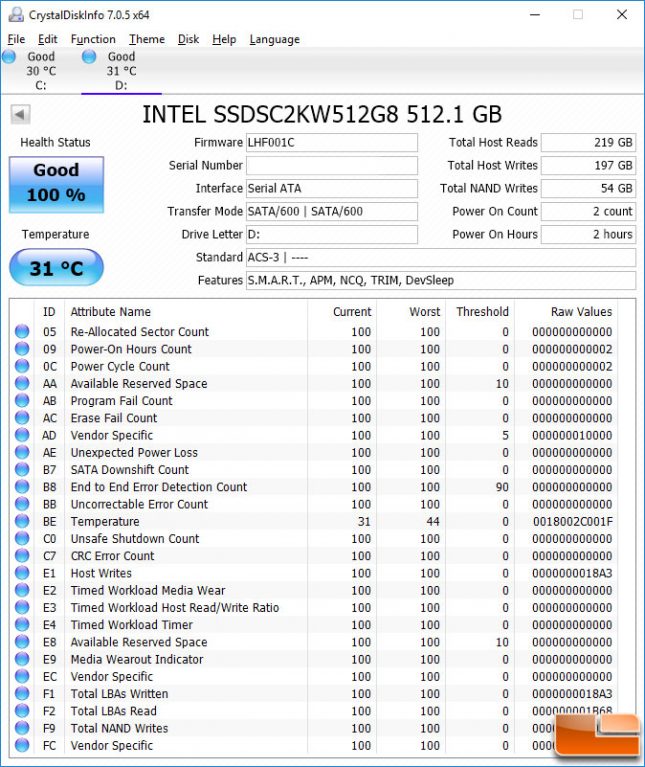 The overall capacity shows up as 476 GB on the Intel SSD 545s 512GB SATA III SSD in Windows 10 Anniversary Edition. 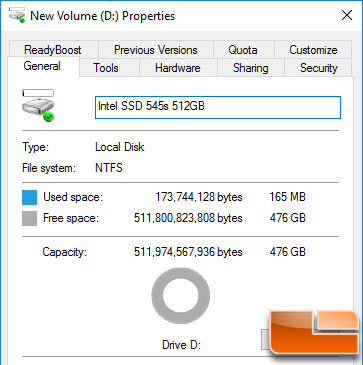 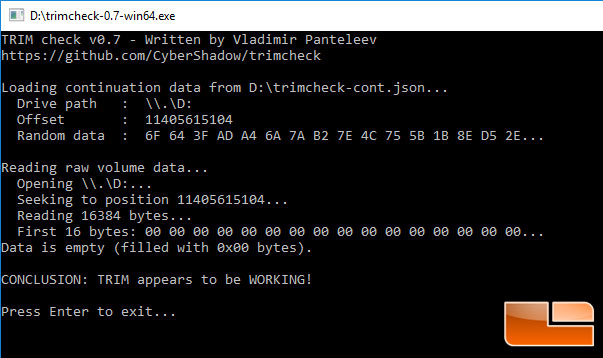 According to TRIMCheck v0.7 ,the Intel SSD 545s series does execute the TRIM command correctly!