System noise is usually a big deal for mini PCs, so we used our Extech Instruments 407750 Sound Level Meter to observe the sound level from about a foot away from the enclosure. 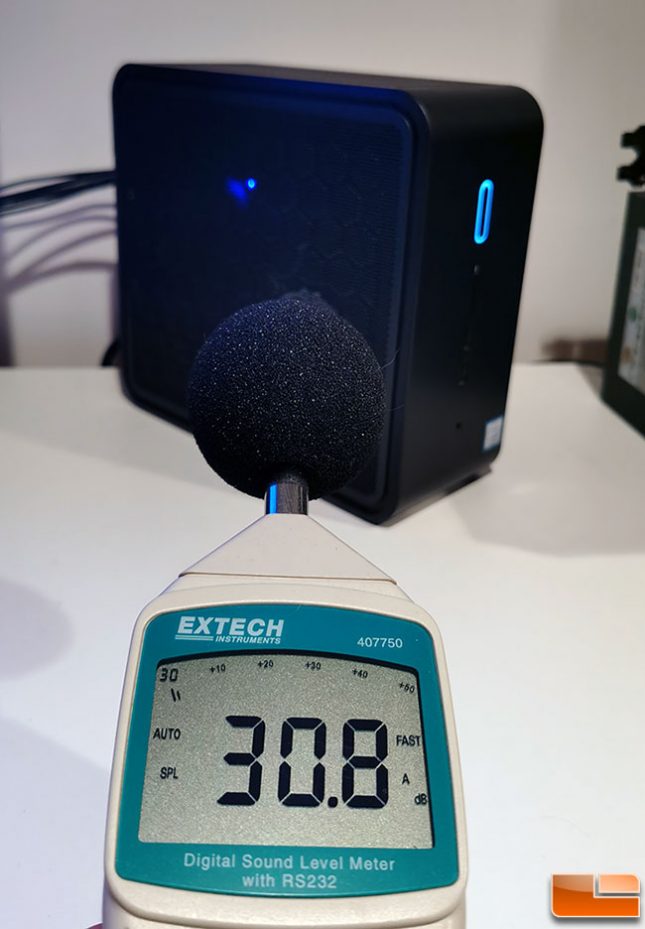 At idle with nothing running on the Windows 10 desktop the sound level was observed being around 30.8 dB. None of the chassis or GPU fans appear to be spinning at idle. 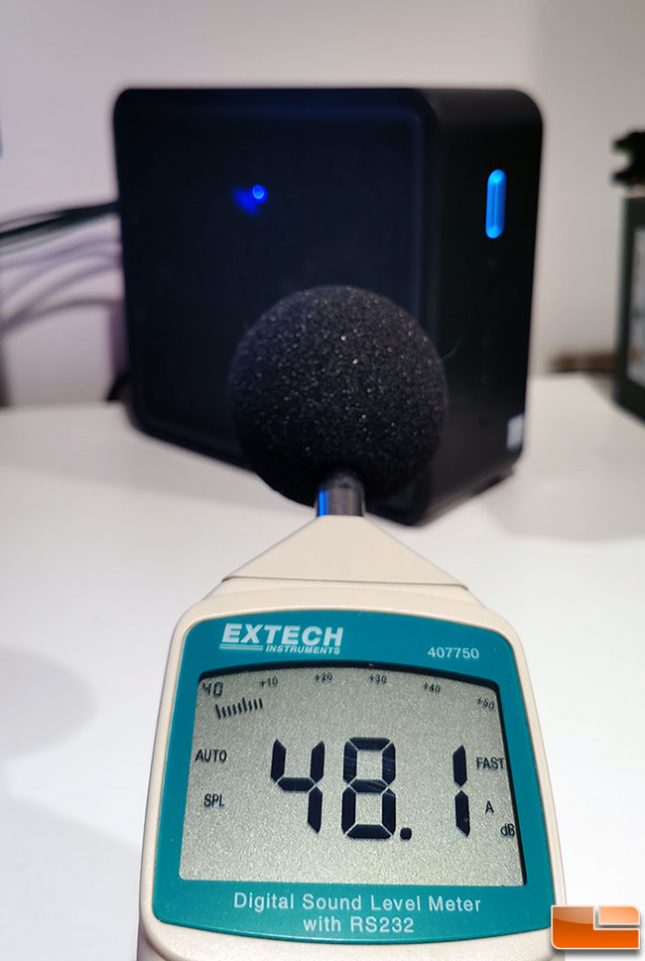 Fully loading both the CPU and the GPU by running two workloads at the same time managed to put the sound level at 48.1 dB. The pitch of the system is not bad, but the system is clearly audible under any sustained load. There are six fans in the NUC 9 Extreme as it was tested, so this wasn’t shocking by any means.