Next we ran AIDA64 Cache & Memory Benchmark to get a quick look at how the memory is performing. AIDA64 is a system information, diagnostics, and auditing application developed by FinalWire Ltd that runs on Windows. 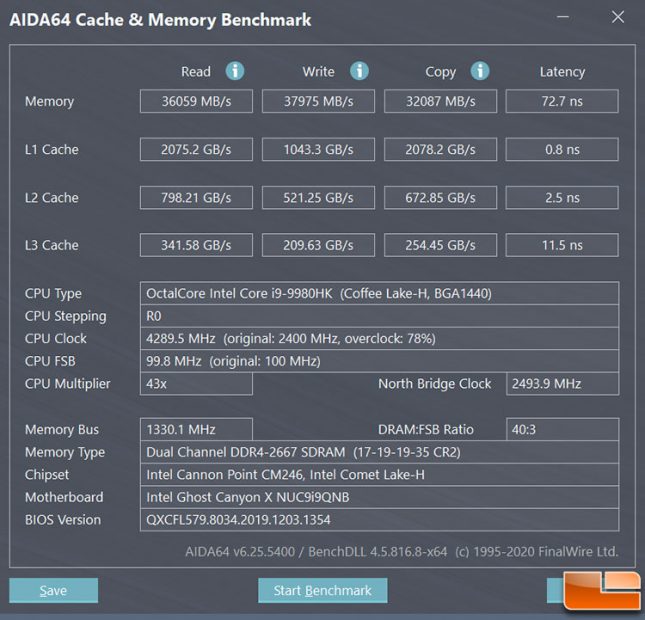 AIDA64 showed that our Ghost Canyon NUC was running the memory at DDR4-2667 speeds in dual channel mode with CL17-19-19-35 timings with a 2T command rate. That was good for 36 GB/s of read and 38 GB/s of write memory bandwidth. The copy test bandwidth was just over 32 GB/s and the latency of this HyperX Impact memory kit was 72.7ns. 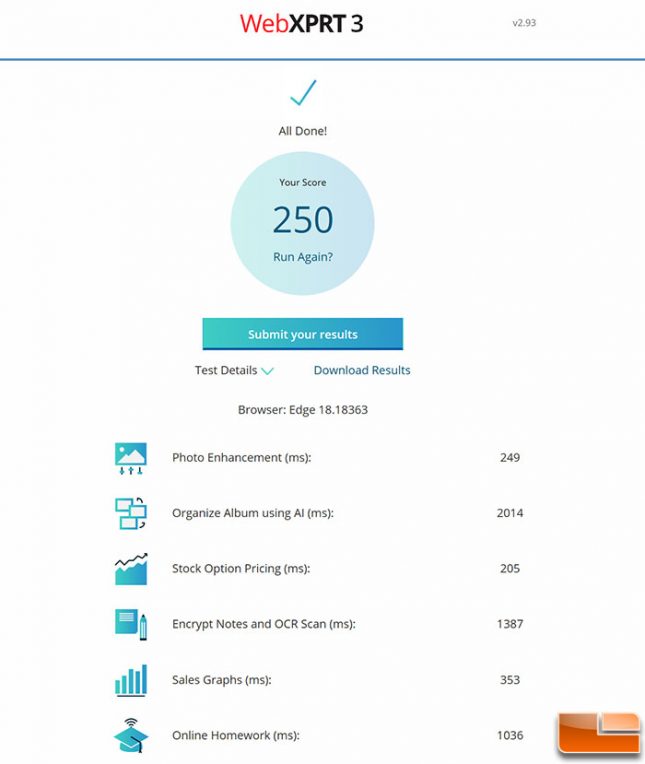 WebXPRT 3 v2.93 was run on Edge browser v18.18363 and we received an overall score of 250 points. You can see the results above for each of the sub-tests in the image above if you’d like to compare to the system you are currently running. 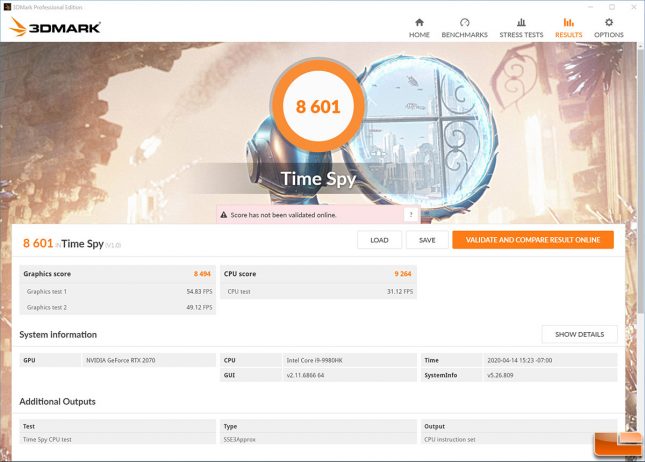 The next performance test we turned to computer benchmarking tool created and developed by UL called 3DMark. This benchmark has been around since 1998 and is one of the most common ways of testing the the performance of a computer’s 3D graphic rendering and CPU workload processing capabilities. The Ghost Canyon NUC with the Intel Core i9-9980HK processor scored 8,601 points in the overall benchmark on this DX12 based workload. Looking at the graphics tests the NUC along with the discrete ASUS GeForce RTX 2070 graphics card scored 54.83 FPS in Graphics Test 1 and 49.12 FPS in Graphics Test 2. In the CPU test the overall score was 9,264 points with an average FPS of just over 31 FPS. 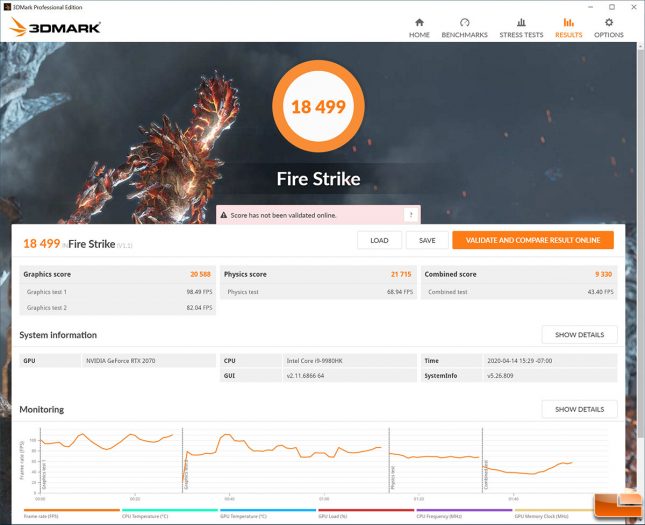 The 3DMark Firestrike test scene has been around for a number of years, so we ran it as well in the event that you might want to compare the numbers from this system to others around the web. We scored 18,499 points overall on Firestrike. The Graphics tests were both over 80 FPS and the overall physics test score was 21,715 points. Pretty strong scores from such a small system!

Let’s look at actual games and see how the Intel Ghost Canyon Extreme Kit does on real game titles!