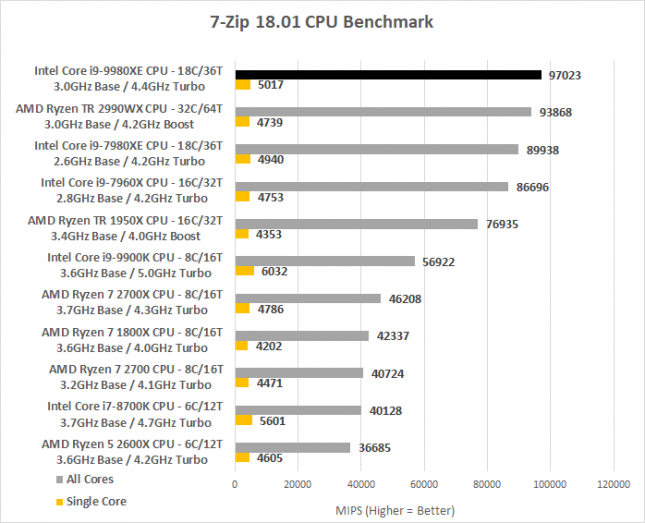 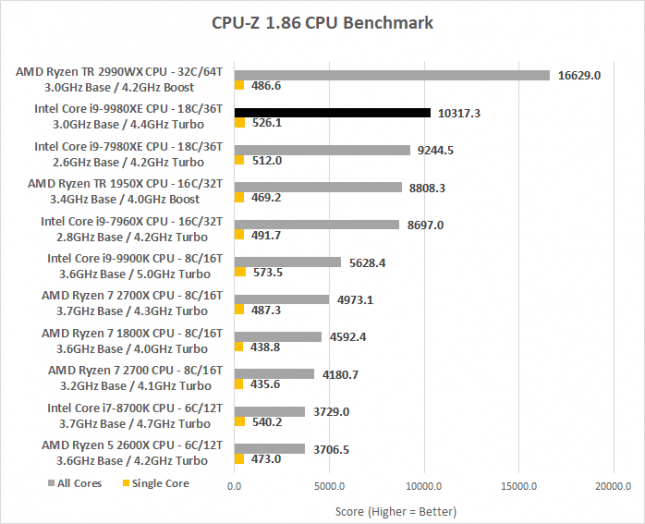 3DMark is a popular gaming performance benchmark that includes everything you need to benchmark your PC whether you’re gaming on a desktop PC, laptop, notebook, or a tablet. 3DMark includes seven benchmark tests and we’ll be running ‘Fire Strike’ that is aimed at mainstream PCs. 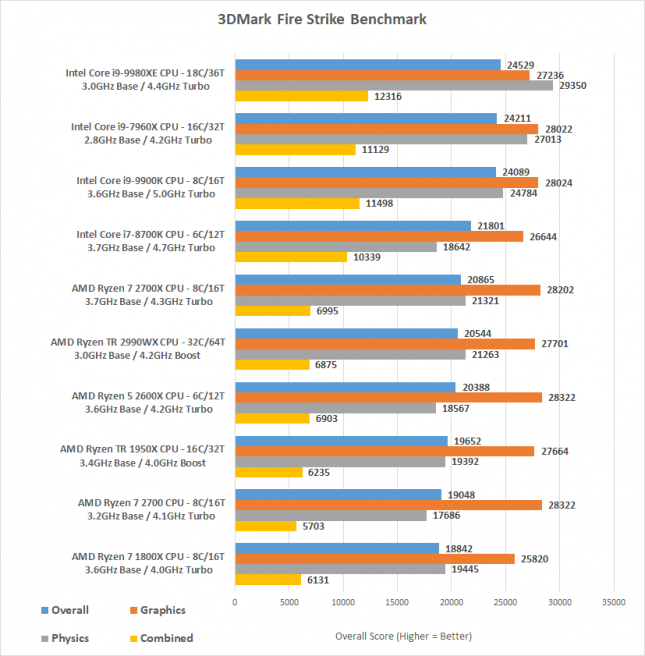 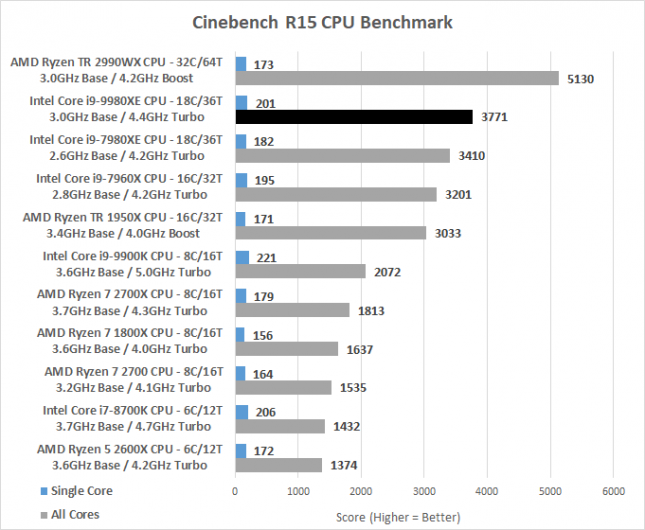 Cinebench Benchmarks Results Summary: Here we see the Intel Core i9-9980XE coming in with a score of 3771 with all cores used and that is about 10.6% faster than last years 7980XE processor. Single-threaded performance was also up thanks to the higher clock speeds, so Intel is looking good here.