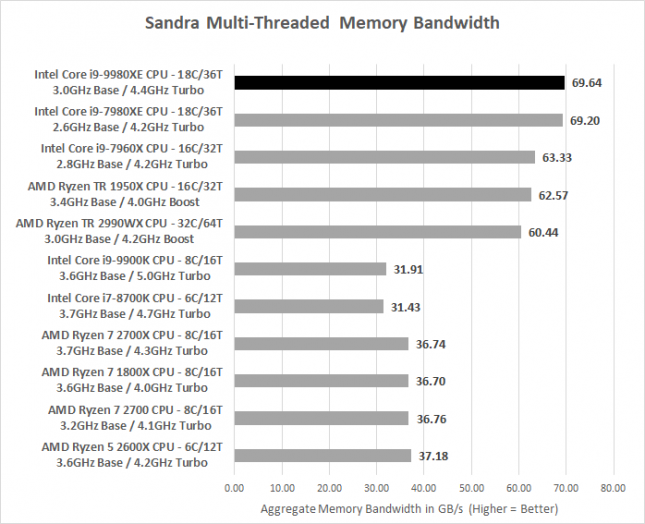 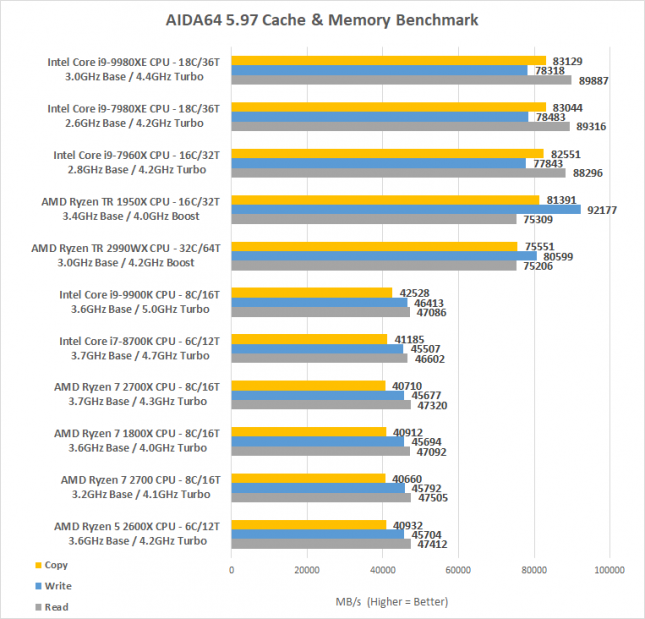 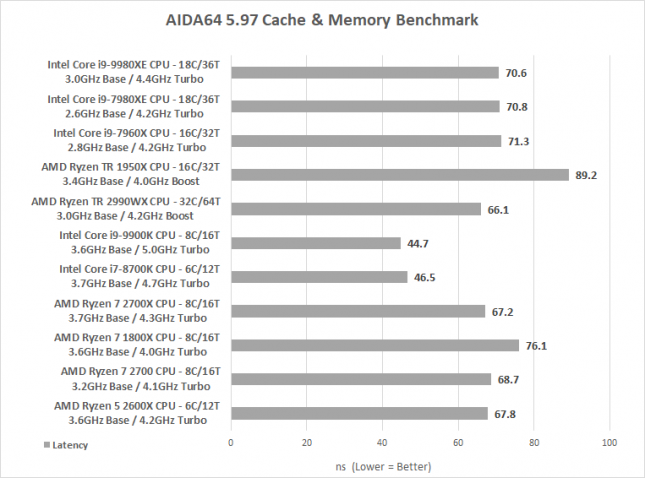 Memory Bandwidth Results Summary: The memory bandwidth on the new Intel Core i9-9980XE is just a touch faster than the Intel Core i9-7980XE. All of the processors tested are running DDR4 3200MHz CL16 kits and that is why the dual-channel and quad-channel kits all have the same basic memory bandwidth. When you look at the latency of the memory kit though you’ll start to see where the CPU architecture comes into play more.