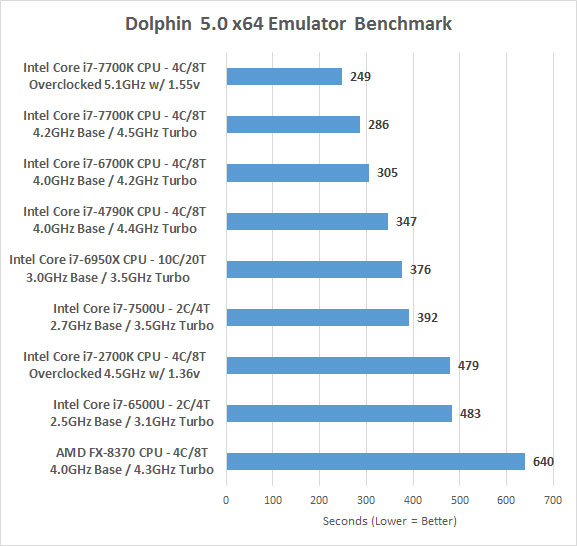 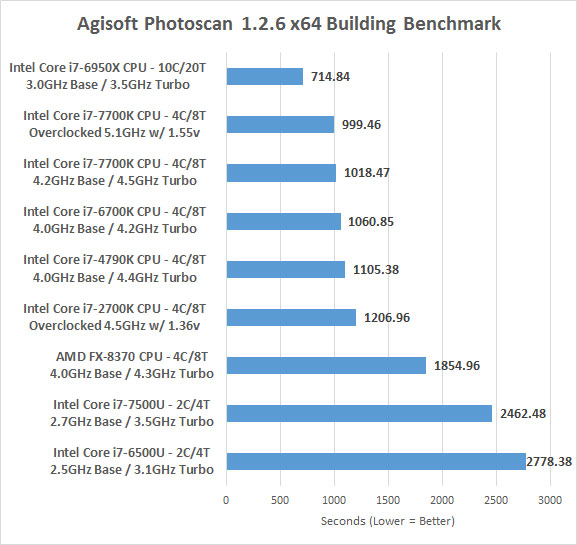 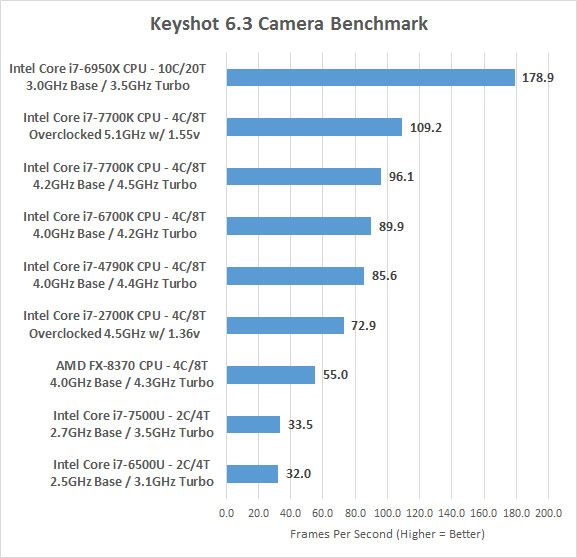 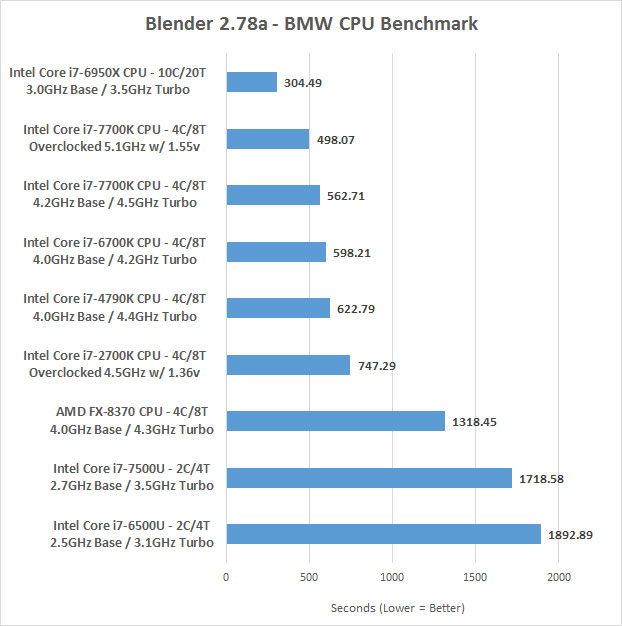 Real World Benchmark Results Summary: When it comes to our ‘real world’ benchmark tests we found between a 4% increase and 7% performance advantage for the Intel Core i7-7700K Kabylake processor over last years Intel Core i7-6700K processor. The performance advantage for the Intel 7th Generation Core i7-7700K processor was 5.9% in Blender, 6.9% in Keyshot, 4.0% in Photoscan and a 6.2% performance increase in Dolphin! Many of these performance increases are directly related to the higher clock speeds on the 7700K as it has a 300MHz or 7% higher max Turbo clock speed.