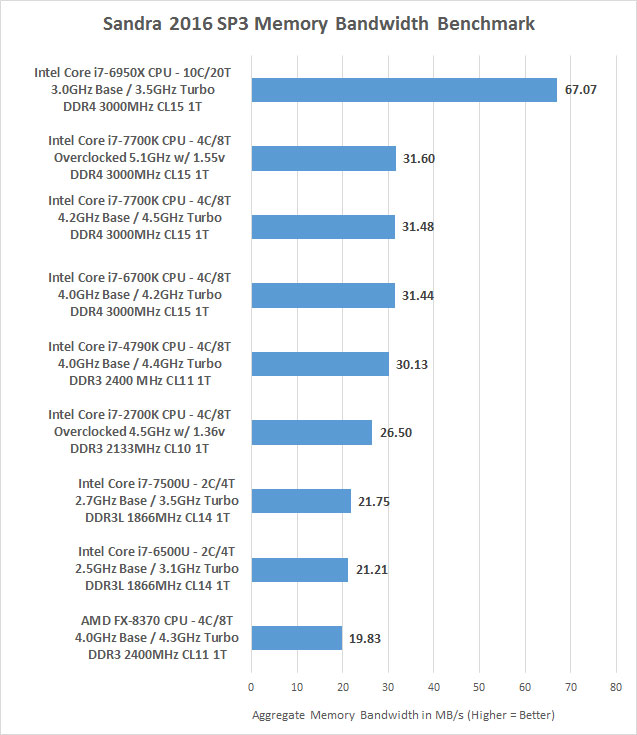 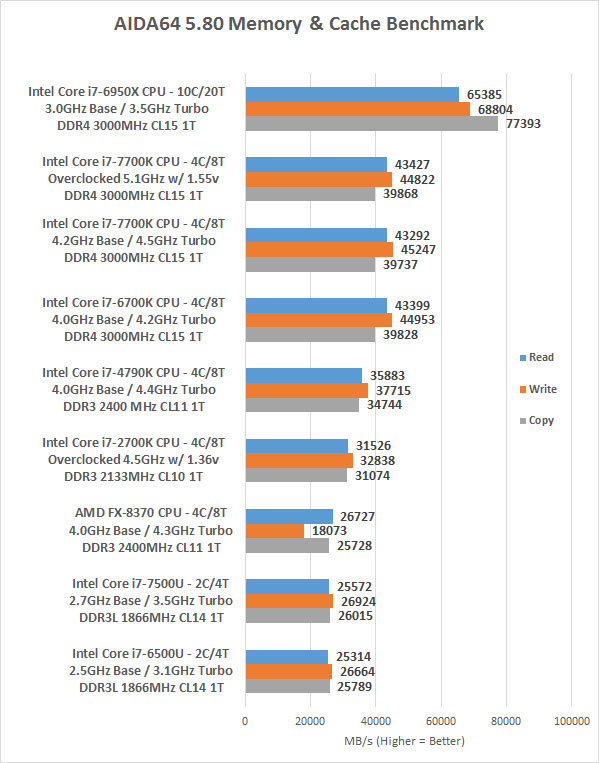 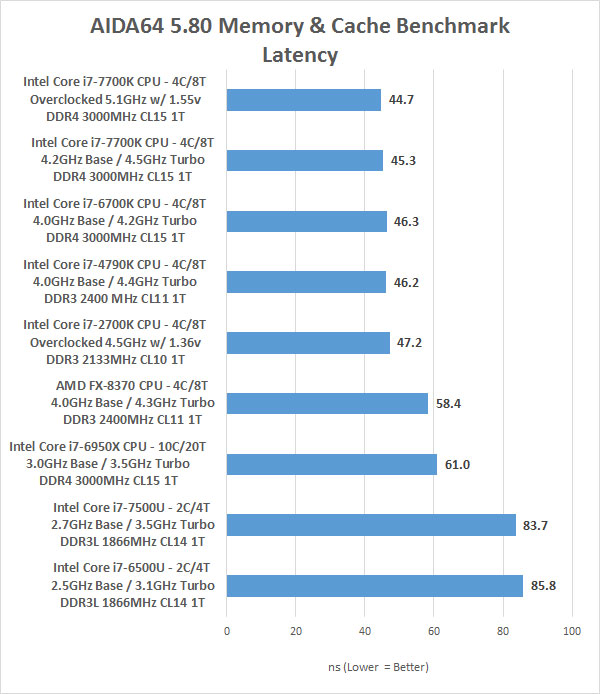 Memory Bandwidth Results Summary: The We tested the Intel Core i7-7700K and the Intel Core i7-6700K on the same exact Gigabyte Aorus Z270X-Gaming 5 motherboard with Corsair Vengeance DDR4 3000MHz memory kit with CL15 timings, so it’s not a big shocker that the memory performance is pretty much the same. Even when the processor is overclocked up to 5.1GHz we don’t see any real difference on the memory and that is because we just increased the multiplier and didn’t increase the bus clock, so the memory was run at the same speed. The take home message here is that there is no memory bandwidth difference at comparable speeds, but we are hearing that the Intel Z270 chipset platform is going to allow for great memory overclocking with some motherboard makers already 4,500MHz on DDR4 dual channel memory kits!