Power efficiency remains important to PC users and Intel and AMD have both made great strides to improve power efficiency. There are nearly a dozen processors in our power chart, but keep in mind some of the TDP’s of the processors: 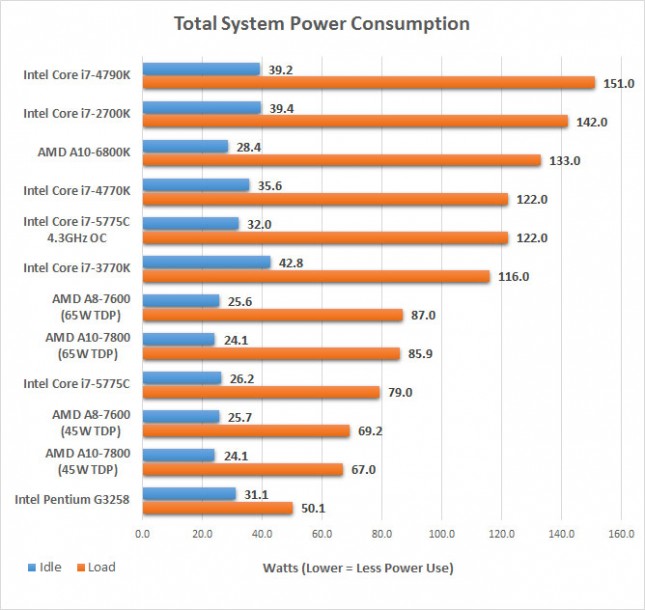 Benchmark Results: The Intel Core i7-5775C processor is a 65W TDP processor and at idle the entire system was pulling 26.2 Watts and the wall and when under fill load we were pulling 79.0 Watts. All that efficiency is thrown out the window with the overclock though and our idle power increased to 34.6W and at load we were now hitting 119 Watts, which is similar to a Intel Core i7-4770K Quad-Core processor with default settings. We used Handbrake to rip a full 1080P Blu-Ray as our load test, so this is representative of a real world scenario. So, to get a 50% overclock and performance increase we needed to more than double the power consumption at load. 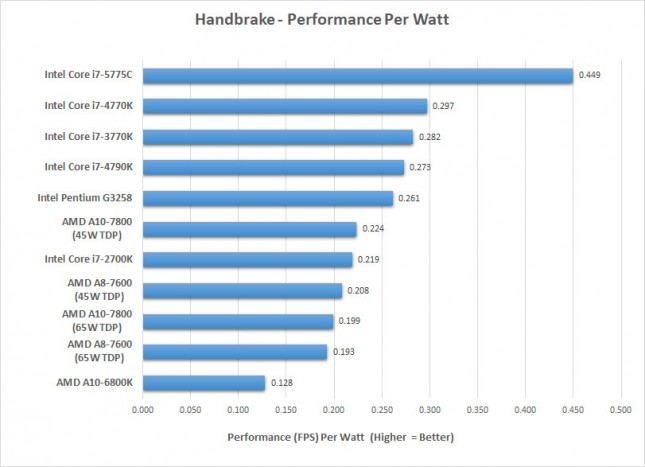 Benchmark Results: If you look at the Performance Per Watt on Handbrake that we used to get the load power results you can see that the Intel Core i7-5775C is the clear winner when it comes to this metric. 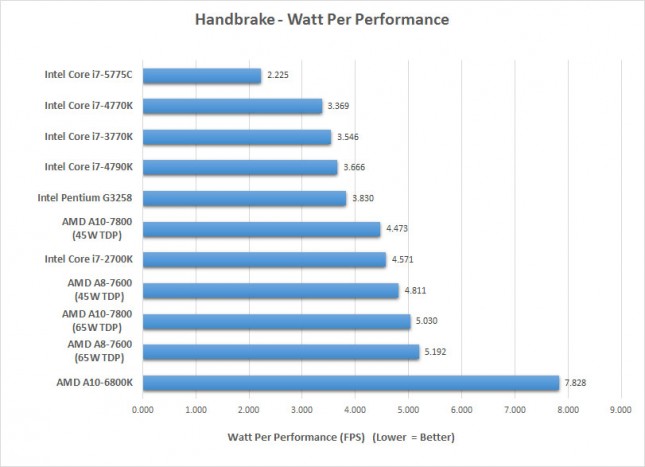 Benchmark Results: For those that like to look at Watt Per Performance rather than Performance Per Watt we also have that chart for you!