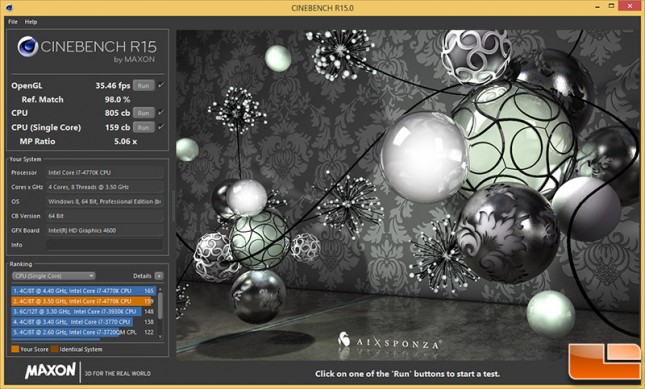 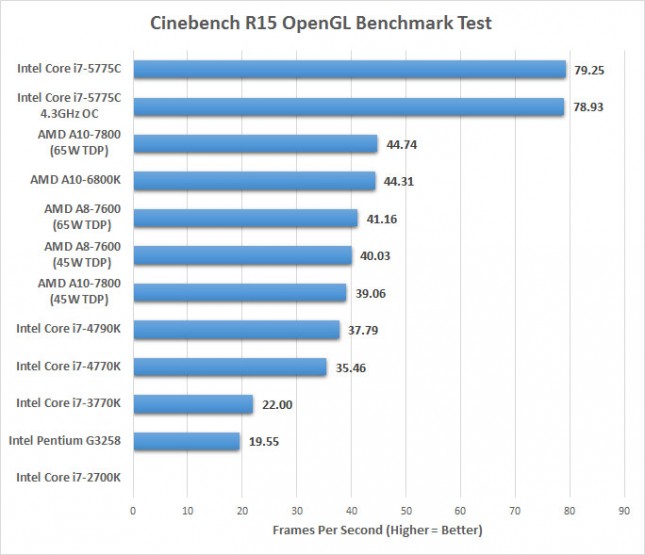 Benchmark Results: When it comes to OpenGL graphics performance the Intel Core i7-5775C Broadwell processor with Intel Iris Pro Graphics 6200 dominated the other processors in the OpenGL Benchmark by a mile. The new graphics solution with 128MB of eDRAM finally put Intel ahead of Intel with regards to integrated graphics performance for the first time since Legit Reviews started in-depth hardware reviews way back in 2002. For those that are wondering why we don’t have Intel Core i7 2700K results, it is because the Intel HD 3000 graphics on that processor are not supported by the OpenGL benchmark. 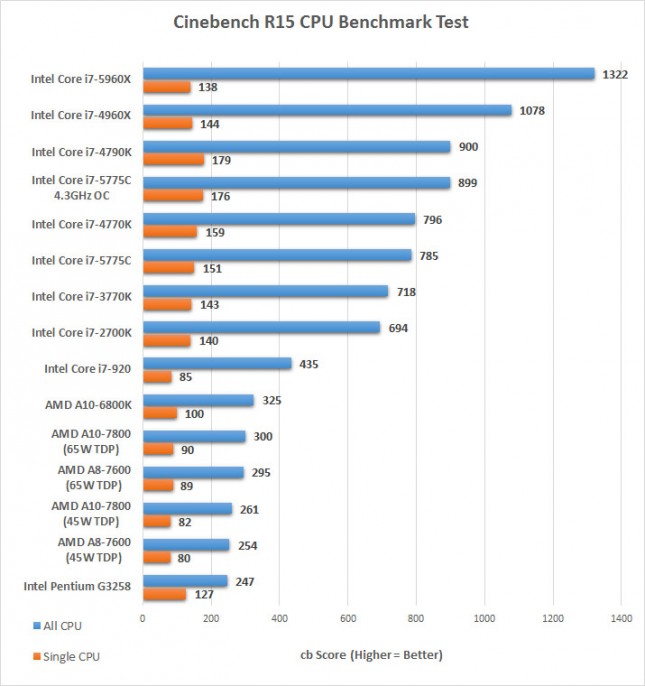