Intel no longer comments on the Thermal Interface Material (TIM) material that they use on processors, but we are confident in saying that it would be safe to assume the Intel Core i7-5775C processor use Next-Generation Polymer Thermal Interface Material (NGPTIM) like the Core i7-4790K Devil’s Canyon processor uses. The lid isn’t soldered down like it once was, but at least Intel is using the better TIM on this processor! 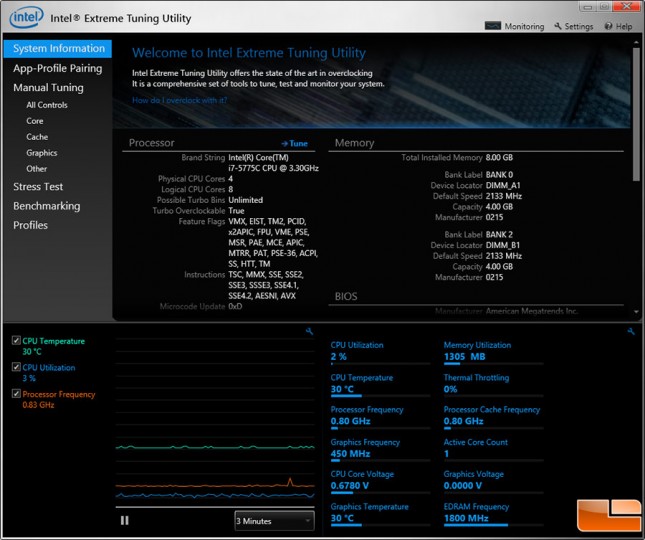 We used the Intel Extreme Tuning Utility v5.2 to monitor the temperatures on our test system with the Corsair H105 water cooler along with Gelid Extreme Thermal Compound. The Intel Core i7-5775C processor sitting on the desktop at an idle was at 30-31C and the voltage was at 0.6780V. This is a great idle temperature as the room temperature was pushing 26C here in the summer with all the test systems running. 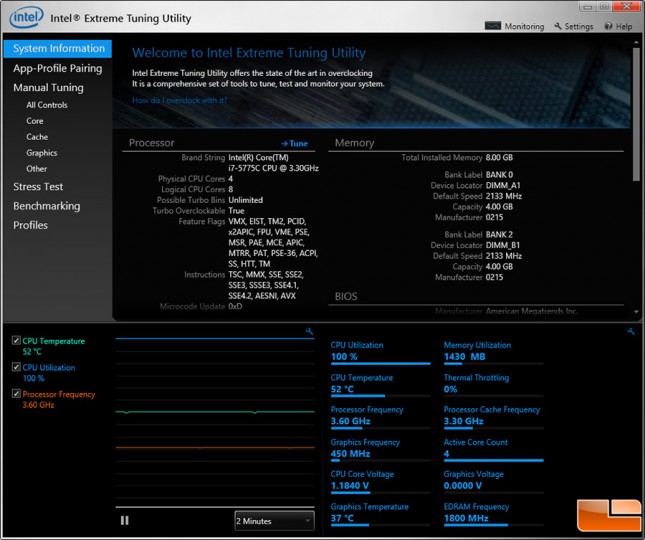 When we ran a run of POV-Ray 3.7 across all the CPU cores we saw that it the processor temperature topped out at 52C and the voltage jumped up to 1.1840V. That isn’t a bad load temperature at all! 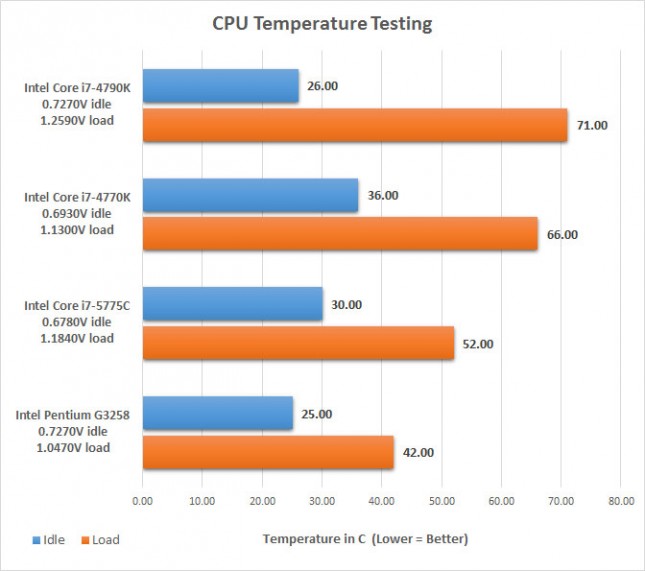 We really debated on if this temperature chart should be used or not since the ambient temperature is tough to keep consistent in our lab during the summer. Despite being 1-2C at most different in ambient temperature, you can still see huge differences between the processors at load on the same board, CPU cooler and thermal compound.