The most significant change from the end-user point of view between
versions 3.6 and 3.7 is the addition of SMP (symmetric multiprocessing)
support, which, in a nutshell, allows the renderer to run on as many
CPU’s as you have installed on your computer. This will be particularly
useful for those users who intend on purchasing a dual-core CPU or who
already have a two (or more) processor machine. On a two-CPU system the
rendering speed in some scenes almost doubles. For our benchmarking we
used version 3.7 RC5, which is the most recent version
available.  The benchmark used all available cores to their fullest extent to complete the
render. 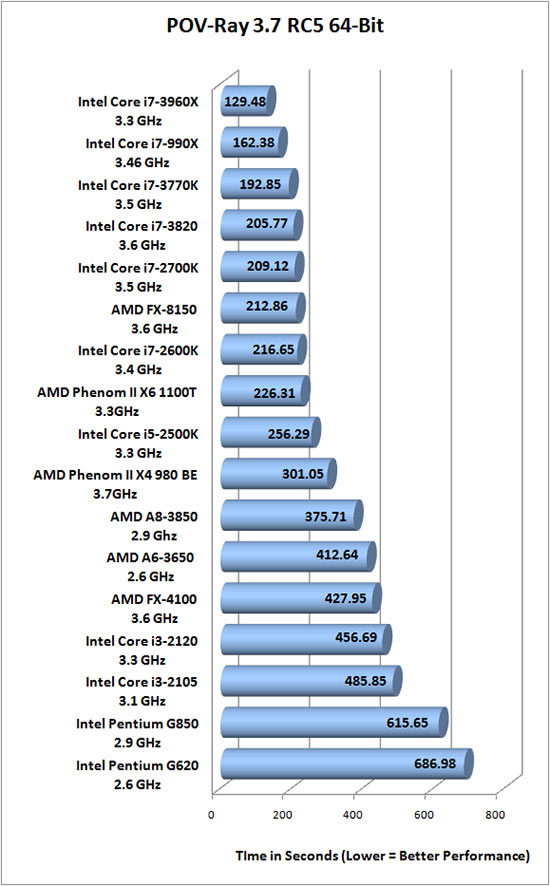