Before we look at the numbers, let’s take a brief look at the test system that was used. All testing was done on a fresh install of Windows 7 Ultimate 64-bit and benchmarks were completed on the desktop with no other software programs running. All of the systems ran an AMD Radeon HD 6950 graphics with Catalyst 11.10 Preview drivers, a Crucial C300 256GB SSD with firmware version 0009, a Corsair HX850W power supply and ran a total of 8GB DDR3 memory at CL9 timings (1.50V), with the exception of AMD Phenom II processors that were limited to 1600MHz with CL9 timings. We kept the video cards, power supplies, solid-state drives, memory timings and voltages identical to make sure the processors were being kept in the hot seat. 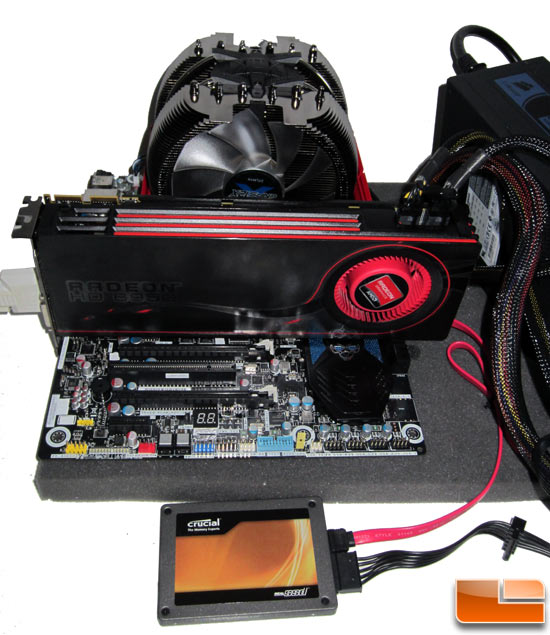 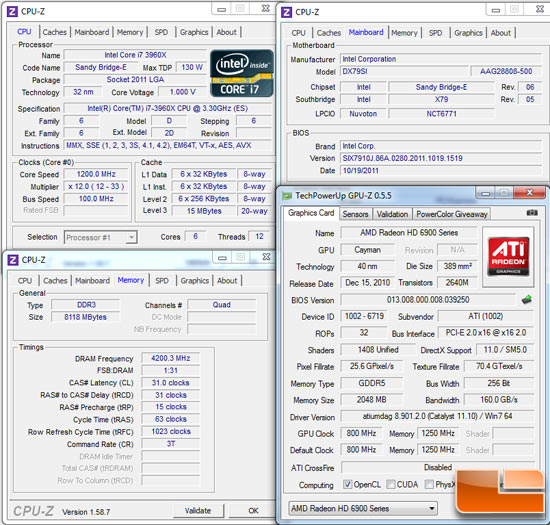 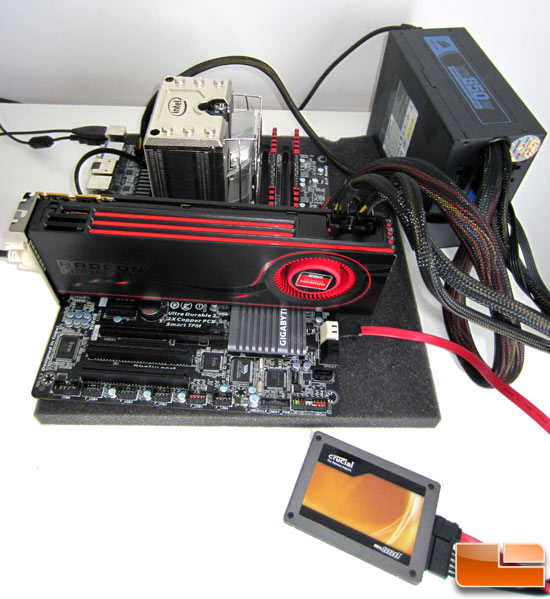 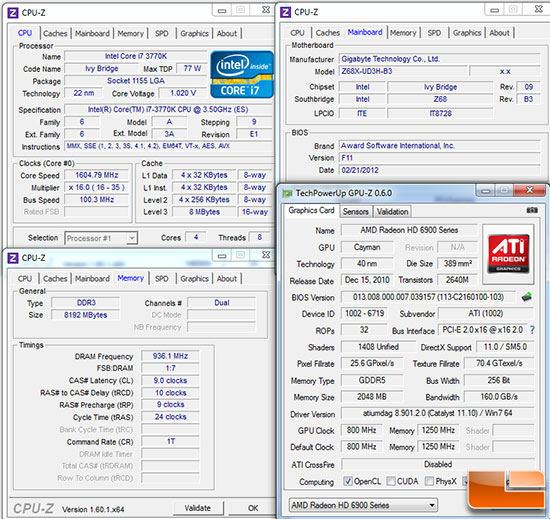 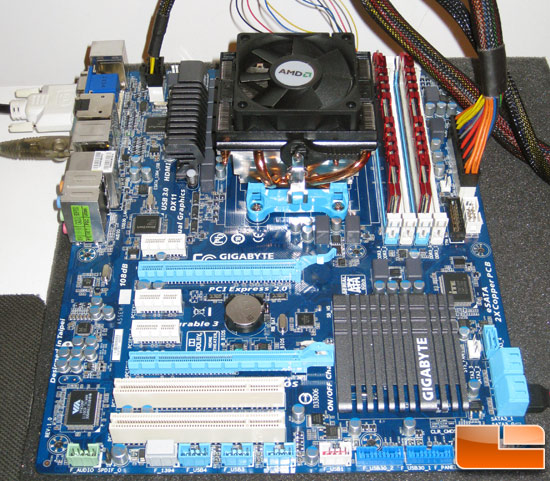 The test system was run in dual-channel memory mode at 1866MHz with
9-10-9-28 1T memory timings. The Gigabyte GA-A75-UD4H motherboard was
running BIOS F3, which was the latest build available when testing was
completed. You can see all of the CPU-Z and GPU-Z information for this test platform below. 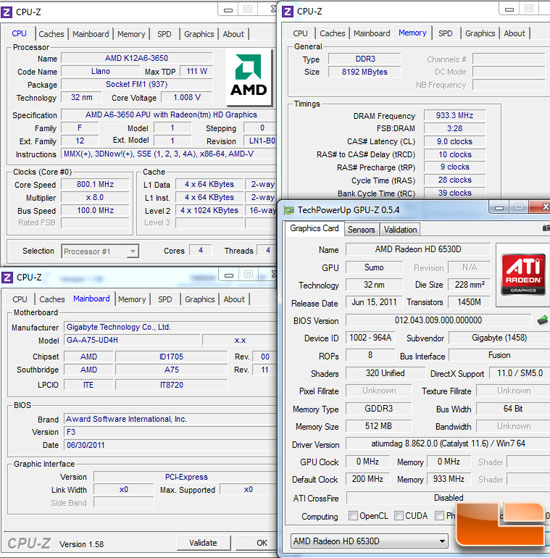 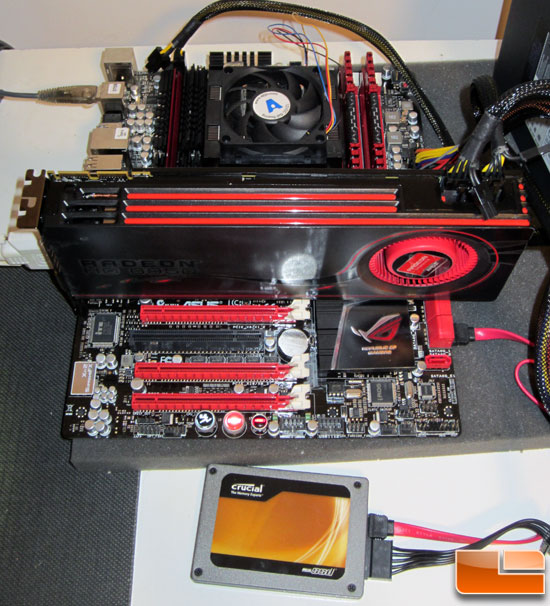 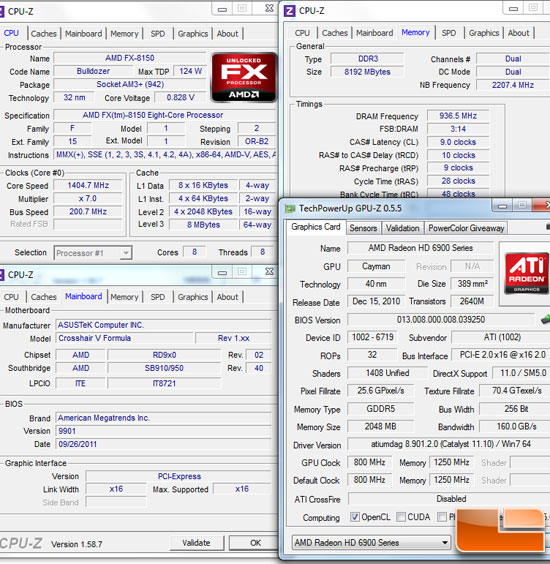 The integrated graphics comes up as Radeon HD 6530D according to GPU-Z and we used AMD CATALYST 11.6 drivers for testing.