Since power consumption is a big deal these days, we ran some simple
power consumption tests on our test beds. The systems ran with identical
power supplies, Solid-Sate Drives, Memory kits and motherboards from
the same company. To measure idle usage, we ran the system at idle for
one hour on the desktop with no screen saver and took the measurement.
For load measurements, Prime95’s in-place large FFT’s were run on all
cores to make sure each and every processor was at 100% load for maximum
power consumption and heat. Curious about other test scenarios, we
decided to HAWX 2 the PC game for testing. We also tested a video
transcode using HandBrake 0.95 to see how the power draw was on that. 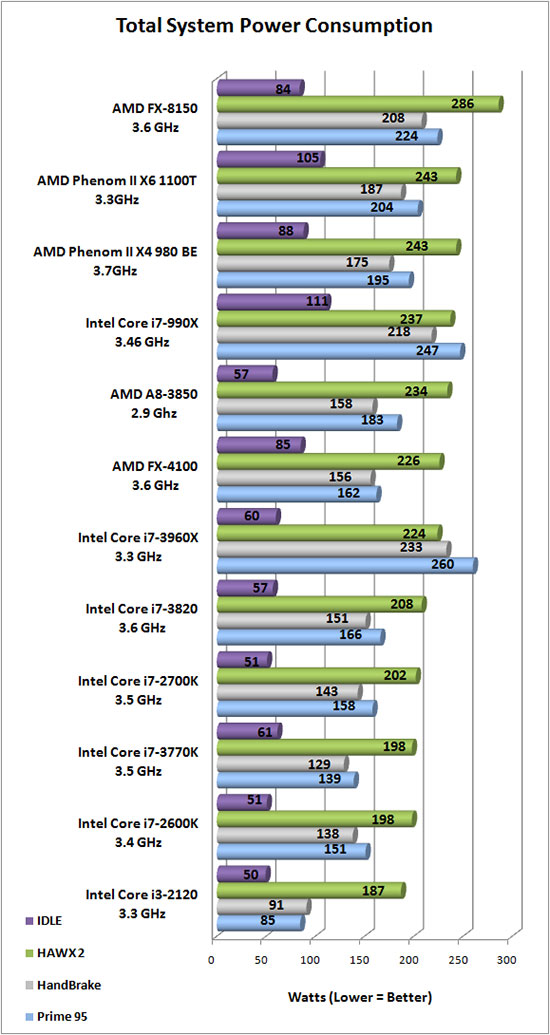 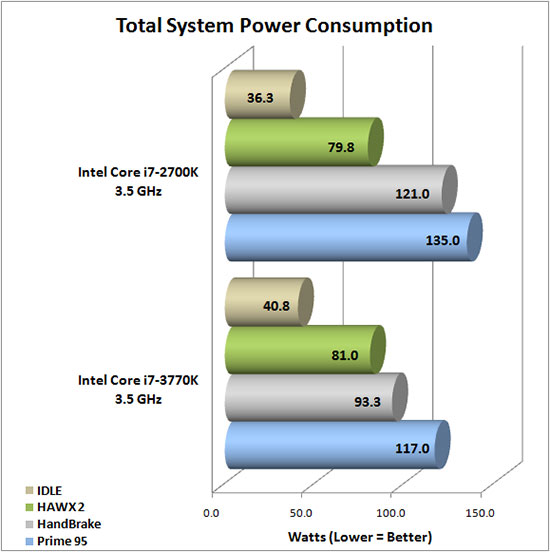