To run the Intel Core 2 Duo processor T7600 we had to take apart the entire notebook to put it in.  Here are the steps cut down to a few pictures.  First you have to pop off the bezel and remove the two screws holding in the keyboard. 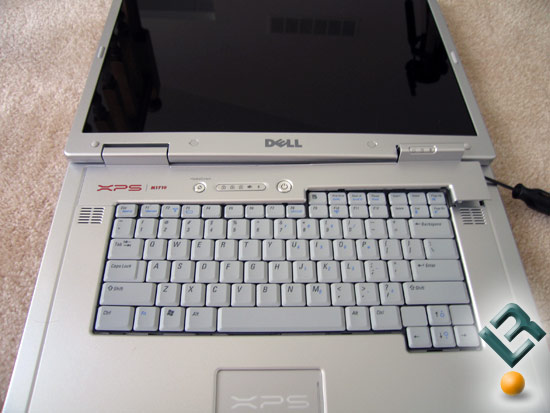 Then you have to remove all the screws on the top and the bottom that hold the housing together as well as unplugging all the components to split the housing safely. 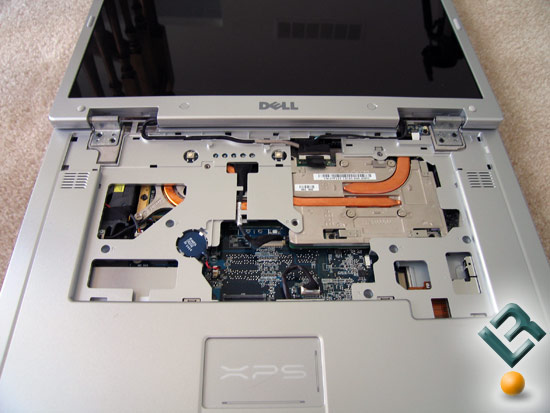 With the housing cracked open the four screws on the processor heatsink can be removed and the new processor installed into the socket after unlocking the socket using a flat head screw driver. 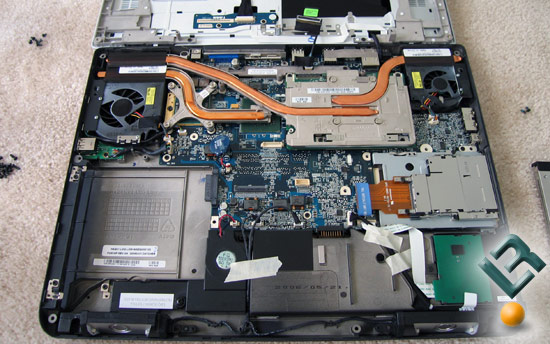 With Yonah removed we could then install Merom! 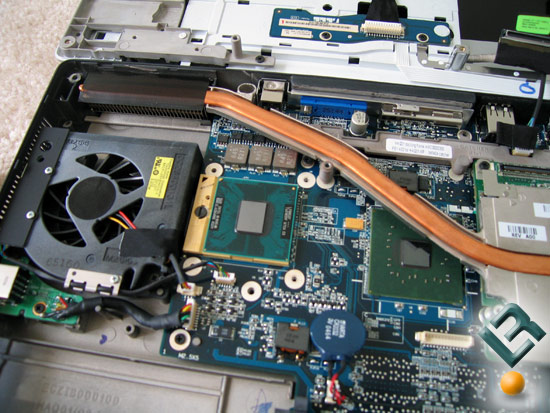 With merom locked into the socket everything can be put back together and the benchmarking can begin! We ran both the Intel Core Duo processor T2600 and the Intel Core 2 Dup processor T7600 on the same exact Dell XPS M1710 notebook. Here are both processors running on the XPS M1710 as seen through CPU-Z version 1.36. 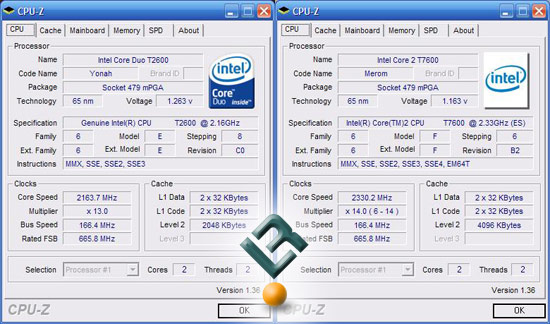