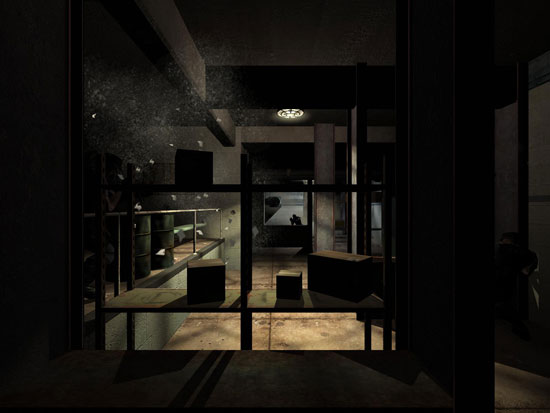 F.E.A.R. (First Encounter Assault and Recon) is a first-person close-quarters combat game for the PC. The story begins when a paramilitary force infiltrates a multi-billion dollar aerospace compound, and the government responds by sending in Special Forces. The group loses contact with the government when an eerie signal interrupts radio communications–and when that interference subsides moments later, the team has been destroyed. That’s where you come in. As part of a classified strike team created to deal with threats no one else can handle, your mission is simple: eliminate the intruders at any cost, determine the origin of the signal, and contain the potential crisis before it gets out of control.

F.E.A.R. is a pretty recent game title that many people are still playing today thanks to the release of the free multiplayer version.  At lower resolutions of 640×480 with the quality set in the game to medium we found that Merom performed 32% better than our Yonah processor.  When we increased the resolution up to 1600×1200 that 32% difference was down to 3% as our 512MB GeForce 7900GTX video card was starting to get weighed down with the graphics load.