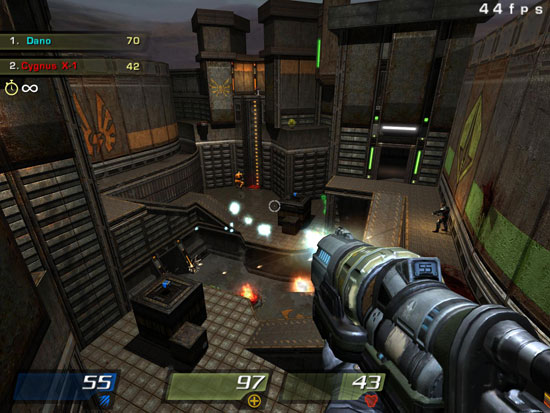 ID Software?s QUAKE 4, developed by Raven Software, takes players into an epic invasion on a barbaric alien planet in one of the most anticipated first person shooters for 2005. Even today in 2006 Quake 4 is played by professional gamers around the world in the famed World Series of Video Games (WSVG) and still one of the most played first person shooters on the market today.

Quake 4 runs on an updated version of the DOOM 3 graphics engine, so performance is expected to be on par with that of DOOM 3.  We ran Quake 4 with the version 1.2 patch, which adds dual-core processor support.  At 640×480 with the quality set to high we observed a 19% increase in performance with the T7600, but that was short lived once again as when we reached 1920×1200, the native resolution of the Dell XPS M1710, the difference between the two processors was down to just under 9%.