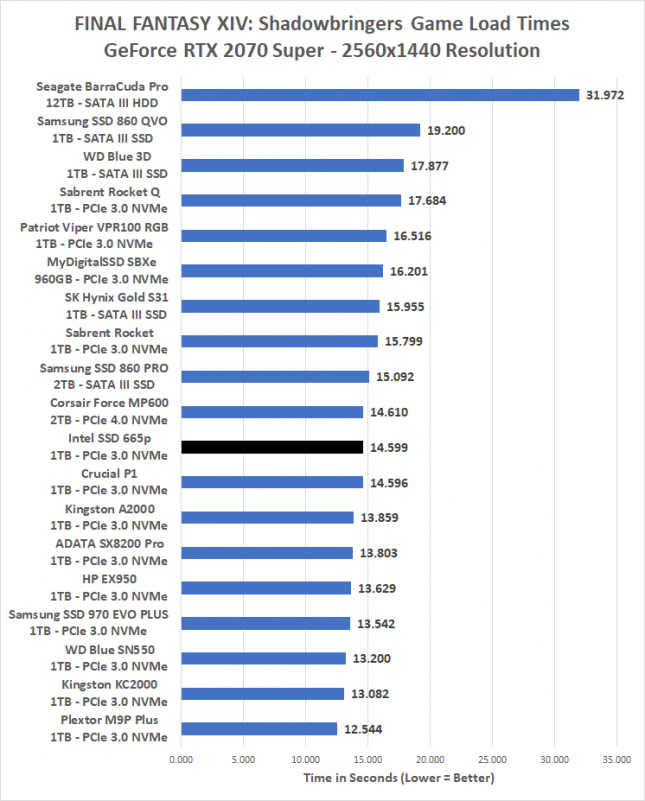 Benchmark Results: SMI controllers generally do well on when it comes to game load times, so we were happy to see the Intel SSD 665p land right in the middle of the pack. Oddly enough, the Crucial P1 had basically the load times! The Intel SSD 665p 1TB drive did better than all the SATA III drives, so using a larger M.2 drive with QLC NAND Flash as your secondary game drive might not be a bad idea.