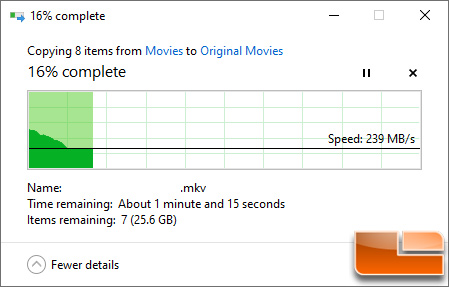 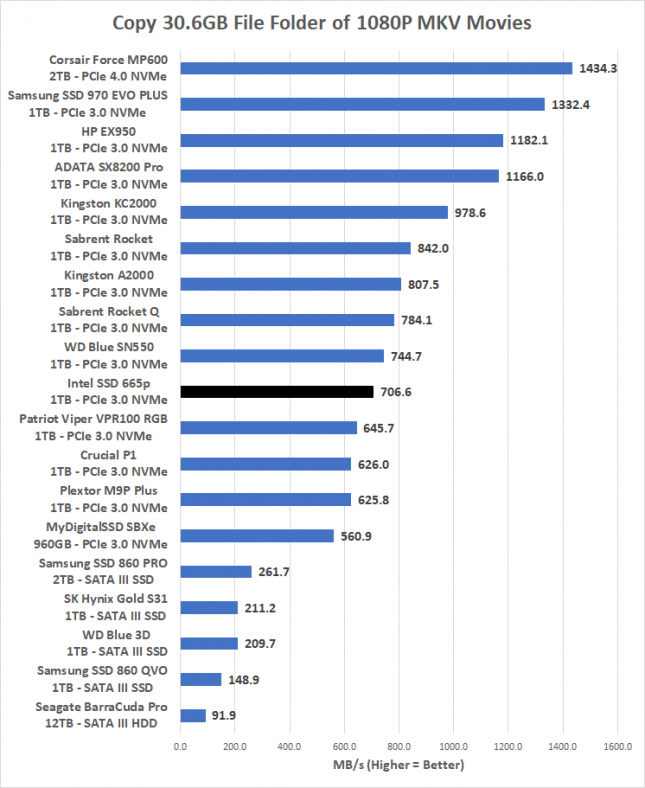 When it comes to writing a bunch of data to the drive without any breaks, the Intel SSD 665p 1TB drive finished in the middle of the pack with an average speed of 706.6 MB/s. That puts it ahead of the Crucial P1 1TB. 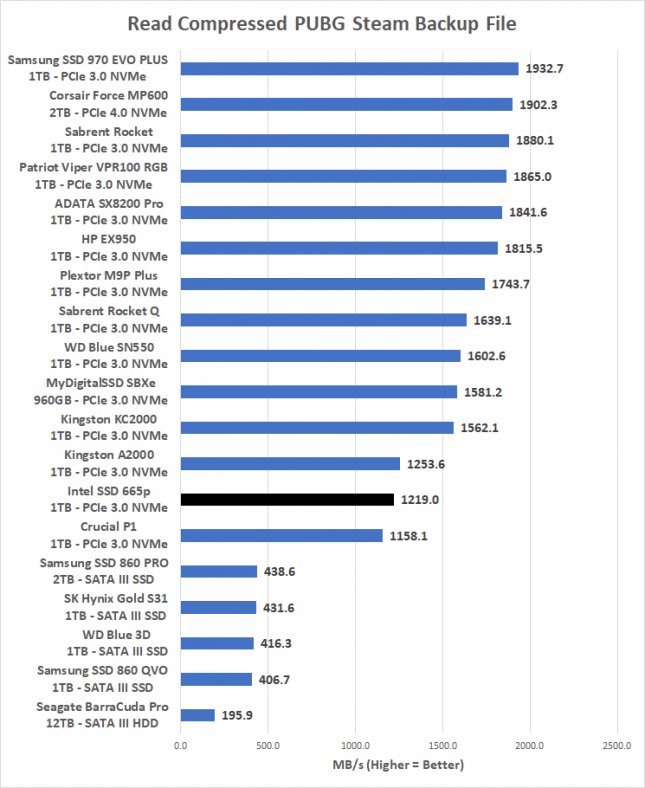 When it comes to reading a compressed Steam Backup file the intel SSD 665p 1TB drive finished with an average read speed of 1219 MB/s, which is a little lower than we expected since the sequential read speed on this drive is rated at 2000 MB/s. That said, it still managed to beat the Crucial P1 1TB drive. 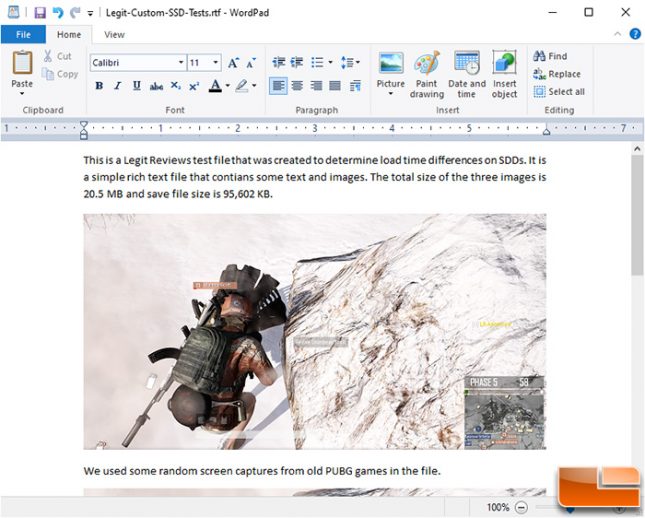 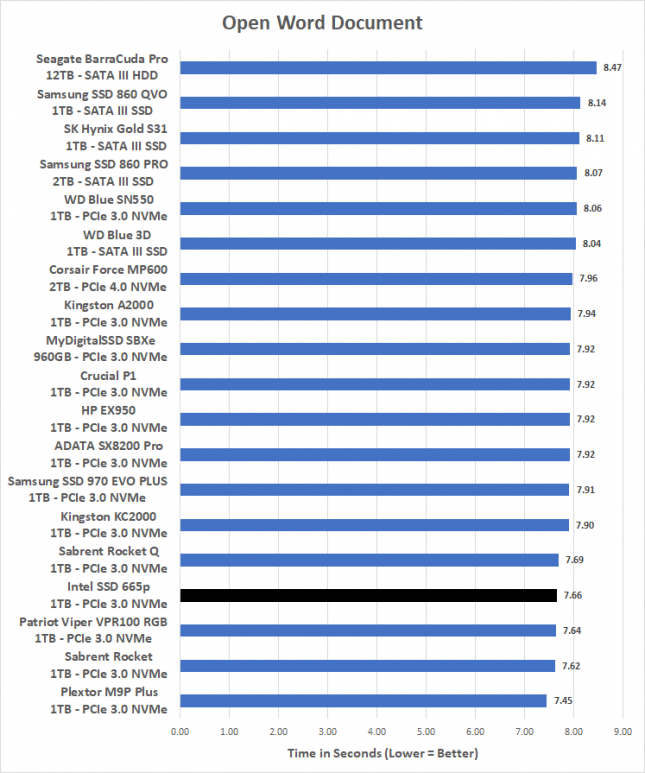 When it comes to opening up a text document with pictures in Microsoft WordPad, the Sabrent Rocket Q 1TB SSD did rather well and completed the task in just 7.69 seconds.