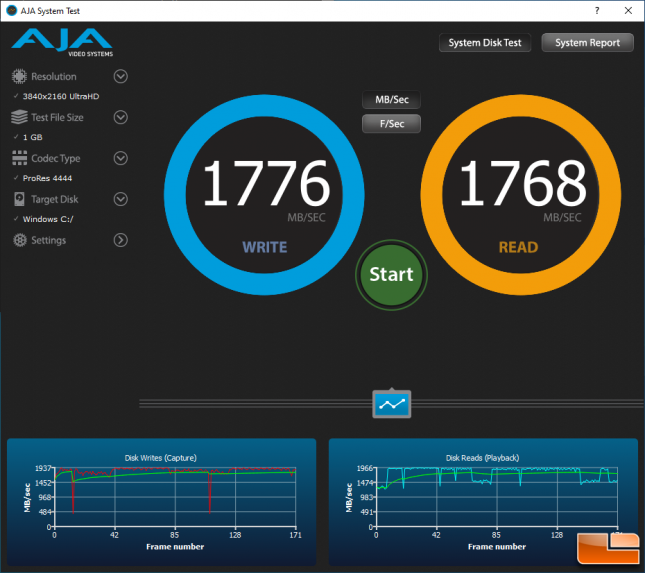 Benchmark Results: The AJA System Test results on the Intel SSD 665p 1TB drive was shown to average 1,768 MB/s read and 1,776 MB/s write. There were two rather dramatic dips on the write side and a good number of small dips on the read side when you look at the video playback trace over time. 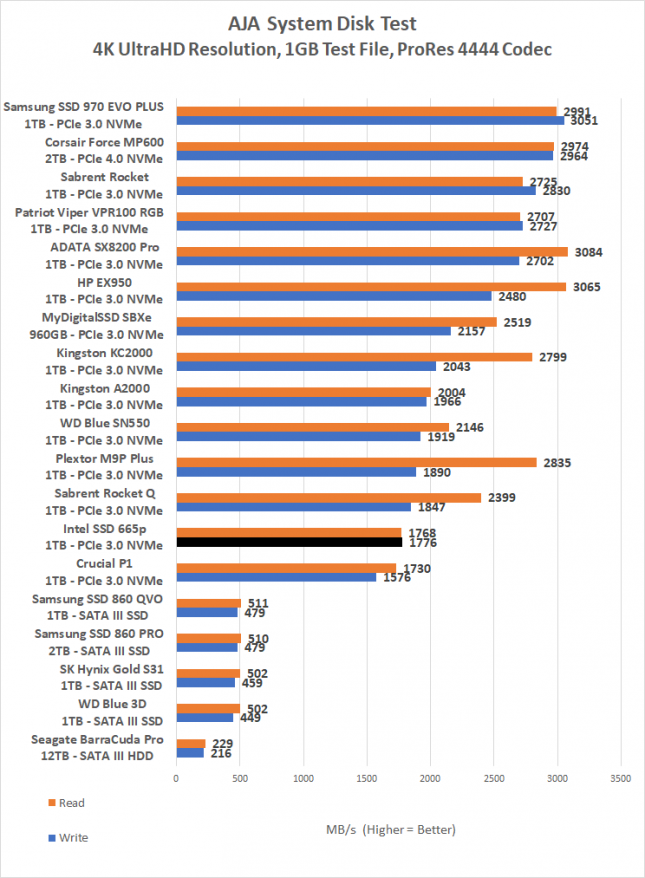 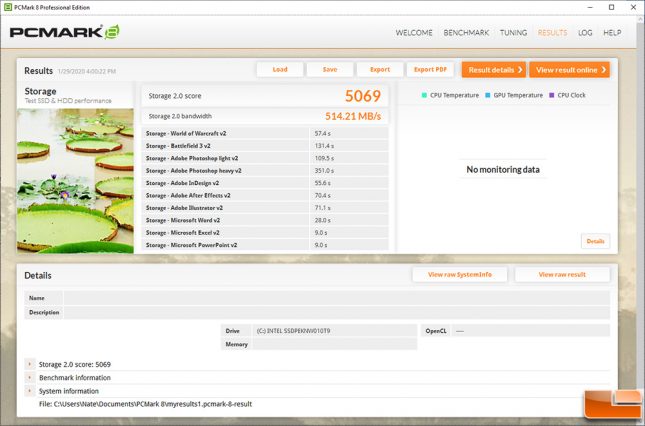 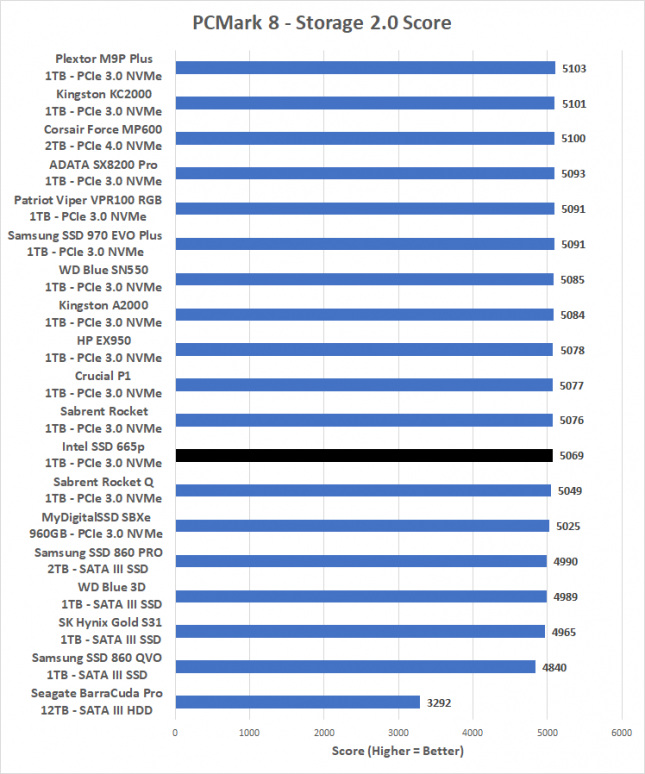 That puts the Intel SSD 665p about in the middle of the chart when it is compared to nearly 2o other storage drives tested on the same platform. 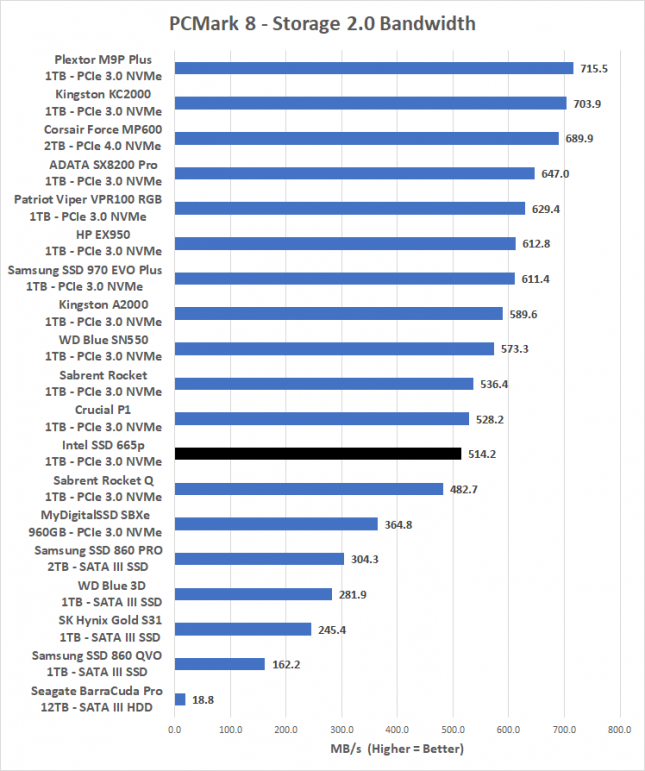 We like the Storage 2.0 Bandwidth test results as it shows the total amount of bytes read and written during the test divided by the time the test took. The 665p 1TB drive had a storage bandwidth score of 514.2 MB/s and that puts it ahead of other QLC NAND Flash drives like the Sabrent Rocket Q, but just a touch behind the Crucial P1.