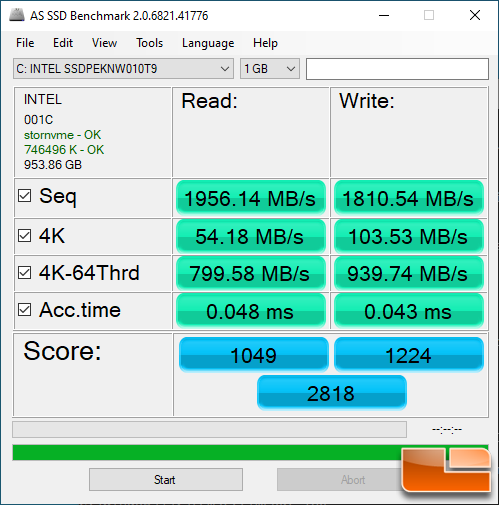 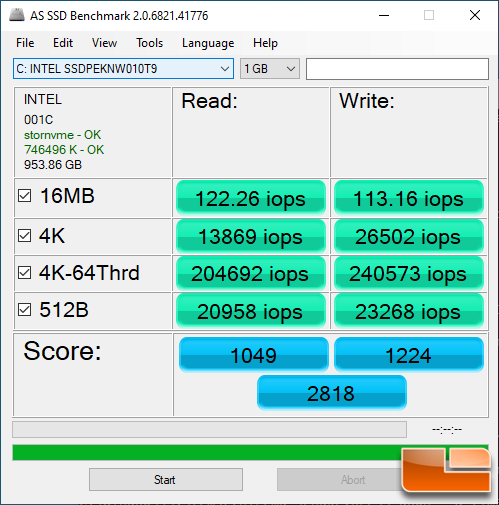 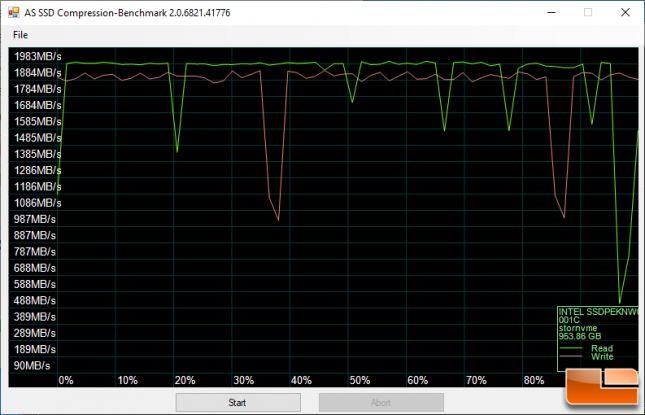 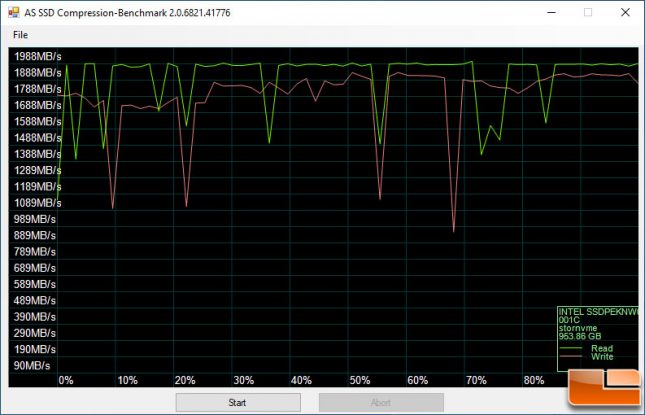 Benchmark Results: For this benchmark chart you would ideally want to see a straight line as you don’t want any compression performance loss as the test goes from 0% compressible to 100% compressible data during the benchmark test period. The compression performance fairly good on the read operation side as you can see it getting better as the compression increases. There were a few dips spotted on the write operation side, but performance did not drop below 1 GB/s. We ran this test multiple times and the dips remained on both the read and write