We continue on with our battery of benchmarks with the AS-SSD suite. 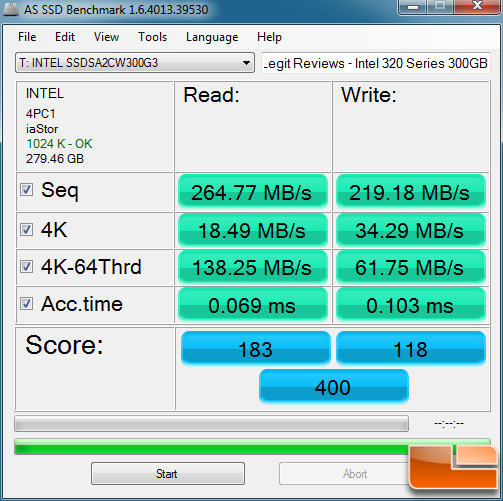 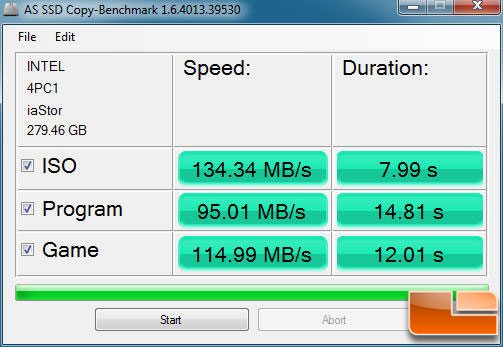 Benchmark Results: The Intel 320 Series scores well, especially in the sequential reads. The 4k writes are still outpaced by the SandForce drives by a good margin but the 4k reads are right there. Again, the 4k random write scores may be under-reported by this benchmark due to it’s short run so evaluate the score with this in mind. 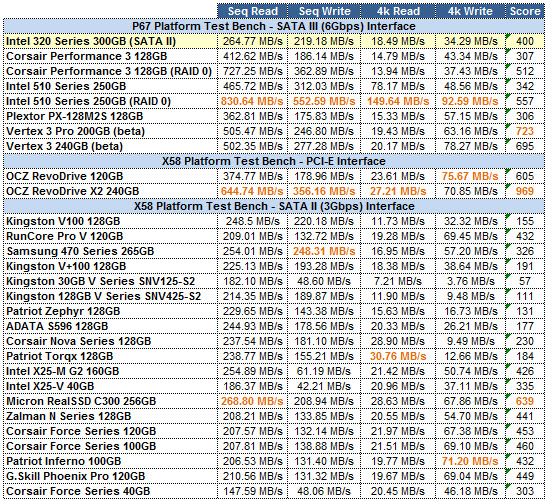 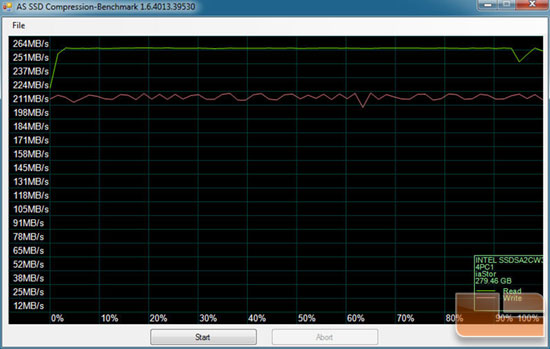 Benchmark Results: The graph shows that the impact of data compressibility is minimal
at best which is different from SandForce based drives which see a ramp
up in performance as you move along the X-axis..

Let’s do some real world tests!