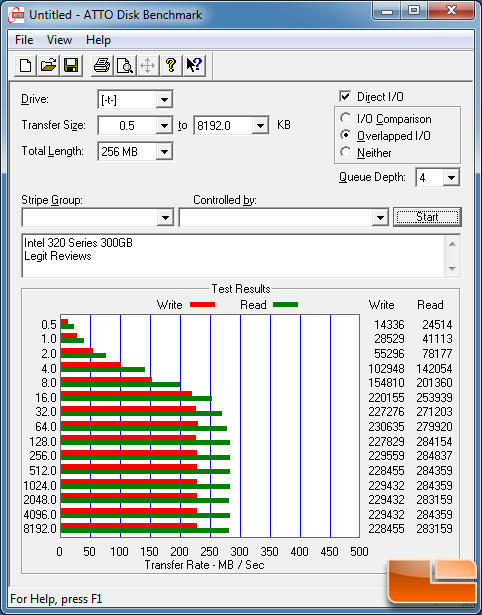 Benchmark Results: The Intel 320 Series makes a nice improvement over the older X25-M drive in reads and writes get a little boost as well. Overall the reads are right up there in the best scores and the writes aren’t too shabby either but fall roughly in the middle of the pack of the other similarly equipped drives. 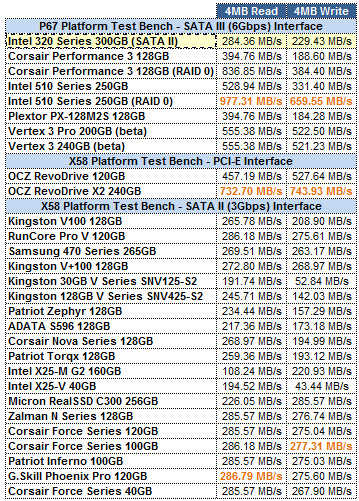 Iometer is an I/O subsystem measurement and characterization tool for single and clustered systems. It was originally developed by the Intel Corporation who has since discontinued work on Iometer and it was ultimately turned over to the Open Source Development Lab (OSDL). We chose the file sizes that best reflect many of the Windows transactions. 4KB random read/writes is very common on every day user machines. Large sequential writes represent large file copies. The drive block size is 512kb so it should give a very good indication of peak performance. We set the queue depth to 4 for the tests as generally Windows operations tend to happen at queue depths of 5 or less. 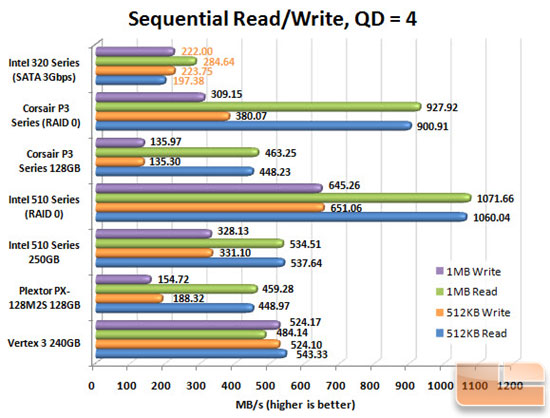 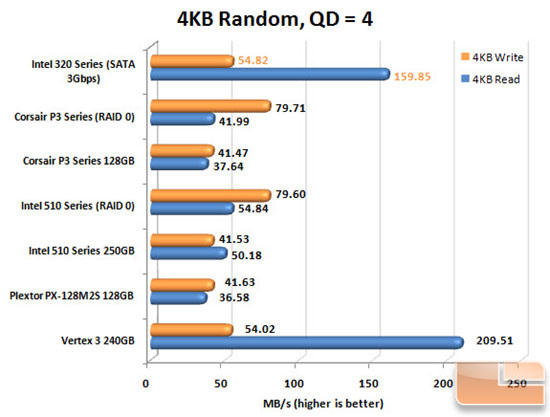 Benchmark Results: The sequential write scores are very favorable against the single drive Marvell based drives even though they use the faster SATA 6Gbps interface which is why the reads appear to lag way behind the others. On the random tests, the writes again do very well and this time the reads are excellent, second only to the SandForce Vertex 3 drives.