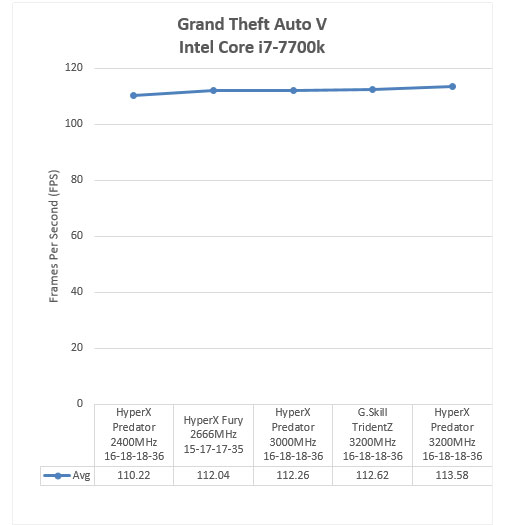 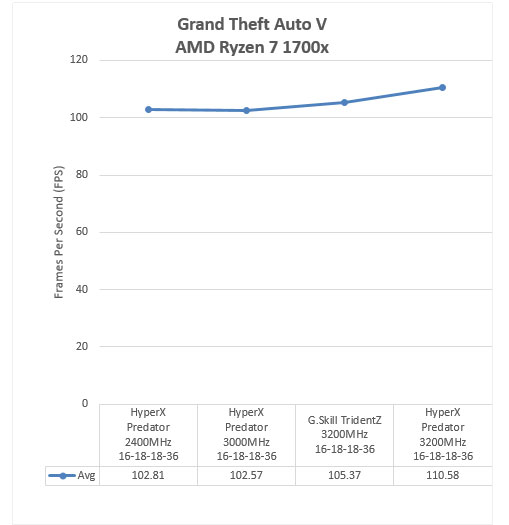 Benchmark Results: In the Intel i7-7700k based system, the HyperX Predator outperformed the G.Skill TridentZ memory by less than 1%. With the faster memory speeds, the Intel platform didn’t show much difference when compared to the slower memory. However in the AMD Ryzen 7 1700x system, it took a 5% lead over the G.Skill TridentZ memory kit. On the AMD Ryzen platform, we also saw a slight upwards trend in performance!